Compulsory voting would have seen Clinton voted into office instead of Trump, and stopped Brexit from going ahead. Australian politics is not in a good place, but it could certainly be worse.

There are two theories about what stands between Australia and the resurgent right-wing populism currently enveloping the world’s formerly sane democracies. The first is that Australia is protected by our latent common sense, the understated wisdom of the bush cocky and the netball mum. That we see bullshit before it comes around the corner, and we discard the fools who spout it.

The other, less romantic theory is that our last line of defence is the compulsory vote. It’s also the correct one.

So why are we one of the only countries with compulsory voting, and what difference does it really make?

Trump won the 2016 presidential election with 3 million fewer votes than Hillary Clinton. The voter turnout was 61% nationwide. There were, however, enormous demographic differences in that statistic. For older people, the turnout rate was around 70%, compared to 62% for gen X and 51% for millennials. 65% of white voters turned out, but 60% of black, 49% of Asian and 47% of Hispanic voters did.

The simple mathematical reality is that voting turnout was materially lower among groups who would be considered more likely to vote against Trump, if they voted at all.

As for Brexit, which succeeded by a margin of 52% to 48%, the age-based gulf was enormous. The youngest cohort, aged 18-24, voted 73% to Remain; however, only 43% of them voted. The oldest group, 65 years plus, voted 60% to Leave, with a 78% turnout rate. In fact there was a direct opposite correlation through all age groups such that, the older voters were, the more likely they were to vote, and the more likely to vote for Leave.

The point is clear enough: the two most seismic global victories for right-wing populism in recent history would have been reversed if voting had been compulsory.

It was in 1924 that a bill was presented to Parliament to introduce compulsory voting to Australia, passing with bipartisan support. The states followed suit subsequently.

The background was that voters had been rapidly losing their will to vote, with the turnout dropping below 60% at the 1922 federal election. Senator Herbert Payne was appalled and put up his private member’s bill to prevent what he called “a travesty on democratic government”.

The senator put the case for compulsory voting in terms on which it would be difficult to improve:

Parliament is supposed to be a reflex of the mind of the people. If the people exhibit no interest in the selection of their representatives, it must necessarily follow, in the course of time, that there must be considerable deterioration in the nature of the laws governing the social and economic development of this country.

In other words, you get what you vote for; and, if you don’t vote at all, you can expect a pretty crap result. 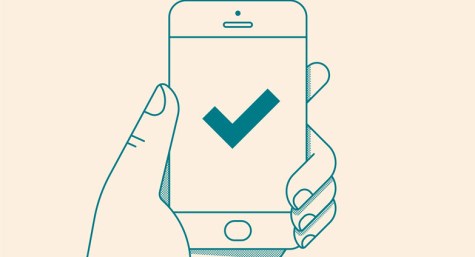 Why can’t we just vote online?

Much of the debate at the time and since has centred around the nature of privilege and rights: whether voting is an optional privilege or a civic duty; whether the rights which our democratic system guarantees imply a concomitant duty to participate in that system.

These are interesting questions of abstract philosophy. There is a more urgent practicality however, which Payne nailed, regarding what really happens when people do or don’t vote.

In a system of voluntary voting, the key question is not how people vote but whether they vote at all. A passing familiarity with US democracy is enough to know that, over there, most of the effort that the Republicans and Democrats expend is on “getting out the vote”. Meaning, their vote. Every election in America is essentially determined by the raw statistic of which side was more successful in motivating their “base” to vote. There are lots of complicating factors including voter suppression and outrageous gerrymandering of districts (almost all in favour of the Republican Party), but the central proposition holds.

Australian politics is hardly in a good place, and the current election campaign is just embarrassing. Most voters haven’t tuned in and don’t want to. The broad exceptions to this are older conservative voters, younger progressive (and vengeful) voters, and all the variants of the lunatic fringe including our adorably revivified white supremacists. They’ll all be marking their ballot papers with angry pencils.

If that mythical Aussie common sense lives anywhere, then it is among the masses of the politically disengaged, who would nevertheless rather not be governed by anyone who froths at the mouth. If not forced to vote, a lot of them won’t. We are protected by the rule that they must.

Should we lower the voting age to 16?

If voting is made compulsory, then voting has to be made easy, which the AEC has done.

In other democracies, with voluntary voting, voting is made (deliberately) difficult. In Britain, you have to reregister yearly and vote on a Thursday (a workday) at your local booth (even if you work hundreds of kilometres away).

Australia has the best electoral system.

“Australia has the best electoral system.” By a very long shot. Let’s not even get into first-past-the-post vs proportional, or near-impervious to fraud paper counting vs opaque commercially-provided machine-voting systems. And festive polling booths with bunting and sausages.

To be sure there are aspects open to improvement, and improvements (or at least changes) are tried from time to time. That’s good too.

It would be nice if we could rationalize campaigning, somehow. Could we perhaps empower the AEC to be the sole source (and funder of) campaign materials, to be appropriately and judiciously distributed, and then ban any and all political advertising through all media channels? And criminalize false and defamatory statements on campaign claims.

Agreed. The other subtle point is that even disengaged voters in Australia know they will have to vote, so at least have some passing interest in what’s going on. In voluntary voting countries people can entirely tune out once they’ve decided they’re not interested, and it’s incredibly hard to get them engaged again after that. I remember being gobsmacked catching an Uber in LA in 2016 and being told by the young Latino driver that he wouldn’t be voting and that Clinton and Trump were just as bad as each other. Just amazing.

The other point is that the Republicans in particular in the US have made registration difficult or even impossible for minorities and voting almost as bad. Florida is a prime example. Purge the roles of blacks and hispanics and don’t tell them in time to re-register. Compulsory voting means you have to make registration easy. The sheer crookedness of the US system gives mongrel presidents an edge.

I know it is being pedantic, but we don’t actually have compulsory voting, as you aren’t required to cast a vote. Just turn and get your name crossed off the roll. What you after that is up to you – cast a formal vote or an informal vote or just walk out.

Agreed. It’s interesting to note that the charming Nick Minchin once floated the idea that non-compulsory voting was the only true democratic method. No surprises there I guess.

Itsarort – I made that point about Minchin in the earlier encomium to the Sainted Tony but it was moderated – who knows when it will appear.

I see your comment finally got past the modbots but cannot fathom why it was ever held up in the first place.
P.S. Please don’t follow up on that threat to leave , you’ll devalue my sub. by about 50% !!!

Thanks Mac, I appreciate that.
Has no-one else noticed such vigour with their post?
It’s just plain weird that there is no discernible reason for these delays, they eventually appear but the moment has passed, the caravan has barked and the dogs moved on.

Twice recently I’ve been moderated ,
both times I used the T-word (put ‘roll’ on end of ‘T’).
Seems like you’re getting extra(unwarranted) attention.
I hope it doesn’t continue as your input is much appreciated.

I’ve asked the staff who previously fed & watered the ModBot and was told that there is a new, enlarged Index Verbis Prohibitorum but … it’s a secret.
So we just have to wait it out – but as you’ve noted with my recent travails, there were no recognisable naughty trigger words so one must assume that it is keyed to specific authors, not just banned words/thoughts.
Weirdly, I noticed even Klewso was copping it a couple of weeks back so perhaps it is on rotation?