The youth enrolment rate is at the highest level ever at around 88%, but experts are uncertain what this indicates.

It’s confirmed: a record number of young Australians are enrolled to vote in the upcoming May federal election. Does this reflect young people’s greater interest in policy issues or is it just a matter of the ease of contemporary online enrolment.

What are the numbers?

The youth enrolment rate is at the highest level ever with an estimated 88.8% of eligible 18 to 24-year-olds enrolled to vote, according to the Australian Electoral Commission.

“This is a significant youth enrolment number and is unheard of all across the world,”said AEC media spokesman Evan Ekin-Smyth.

The 1.4% uptick in Australian youth signed up to vote since the last federal election — at 87.4% — has eclipsed the number of young people enrolled to have their say in the 2017 marriage equality plebiscite, which stood at 88.6%.

Was the marriage equality plebiscite part of this shift?

Political sociology professor Ariadne Vromen from the University of Sydney said while the marriage equality plebiscite in 2017 was an important moment that may have encouraged young people to step up and enrol, she believed the main reason was the AEC’s direct enrolment policy change in 2012.

She said direct enrolment had allowed the AEC to “access data from a number of state and government agencies … from Centrelink, the tax office, to birth deaths marriages and the department of education” to obtain information on citizens, which translated into automatic enrolments.

Ekin-Smyth said people were speculating that the marriage equality plebiscite had mobilised youth voters, but there was no data to make that conjecture.

The AEC also claim the introduction of online enrolments — signatures on phones, no hard copy forms — made it easier for young Australians to enrol to vote.

Two of the four biggest technology companies, Facebook and Google, also took it upon themselves, in consultation with the AEC, to remind Australians to enrol to vote.

A Facebook announcement, which showed up on Australian Facebook news feeds, received 11 million impressions and 230,000 people clicked through to the AEC enrolment page.

What issues are galvanising younger voters?

“The availability of the NBN is something young people have talked to us about,” Ghazarian said.

He said young Australians were not only mobilising “to have their voices heard in online spaces”, but were going beyond participating in non-institutional forms of democracy like marching and signing petitions.

“They are embracing the opportunity have direct say.”

He said factors — including AEC’s direct enrolment policy — along with social media and new technology has allowed young “digital native” Australians to be better informed than ever before.

Thousands of young people across the world, including Australia, have taken part in school strikes to protest government inaction on climate changes this year, marking signifying youth mobilisation concerning a number of policy issues.

“They’re into politics, but some of them have said they don’t know how to vote, or don’t know who they’re voting for.

“As a broader community and society we should enhance political literacy.”

What do you think record enrolment numbers reflect? Write to boss@crikey.com.au with your full name and let us know. 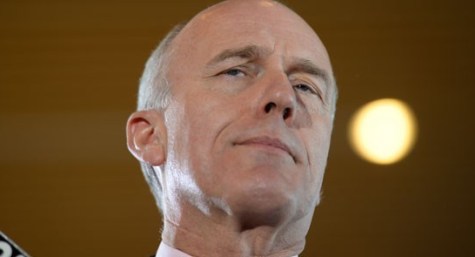 There’s a recent book ‘From Secret Ballot to Democracy Sausage’ by Judith Brett, which discusses why Australia’s electoral system is pretty good and unique. The record registration percentage reflects the fact that registration is compulsory, and the AEC has been able to register eligible voters without the person having to do anything.

Now all that’s necessary is to ensure that the new voters actually vote, even if only to avoid the $20 fine, so that they get into the habit of voting. If people don’t vote, then they can’t complain about the government they get.

I’m thinking it’s time to pop that fine up, to something like $50. You want it to not be unpayable, but to be high enough so it can’t just be written off for convenience.

It’s probably not necessary to increase the fine. The participation rate is already very high, the envy of other democracies. The voluntary postal survey on same sex marriage also got high participation, almost 80% of eligible voters.

When compulsory voting was introduced in 1924, the fine was very high at £1, the equivalent of over $100, but since then the AEC has made it much easier to vote, including pre-poll voting (which I’m going to use next Monday, since I won’t be in Australia election day). And community groups make attending more attractive with their sausage sizzles. Voting isn’t such a bother that it would justify paying $20 to avoid it.

Other democracies make voting very difficult. In Britain for example you have to vote at the closest booth to your residence, even if you work hundreds of kilometres away. And voting is on Thursday, a workday. Ireland has a similar system. And American Republicans have managed to corrupt the system by effectively disenfranchising potential Democrat voters by reducing the number of voting centres in Democrat areas, ensuring long waits in queues on Tuesday, also a working day.

Maybe confusion with which party to vote for is less about political ‘illiteracy’ and more about the party system consistently failing Australians, especially on youth priority issues such as climate change, wage suppression, insecure work, cost of housing etc.

“What do you think record enrolment numbers reflect?”

Bad news for the Coalition, whatever the cause or causes.

I am extremely hopeful that most of these new voters will decide wisely, neoliberalism and right-wing fanaticism offers them nothing at all.
I am also confident that the Shorten team will reward their decision with the major change in political direction that our society and our planet is screaming out for – but I hope they have the patience to wait for the good stuff to start to happen….the task in front of Labor to repair 6 years of intensive LNP damage is immense, not least to our trust in politicians.

Amen to that, Fairmind! I hope so too!!

I can’t see what would motivate so many “newbies” to enrol other than to “get even” with a party/government, that if they weren’t right royally screwing them and their futures over, was ignoring them. And to add insult to injury, offering bugger-all but obvious cant and empty platitudes while they were at it :- treating them for mugs while wiping their arses on these newbie’s future.

As i’ve noted before, the AEC can automatically enrol new eligible voters as they become of age. The new voters don’t have to do anything. If they’ve had any contact with a government agency, such as Centrelink, then they’ll be enrolled. This is different to other democracies where registration to vote and voting are both voluntary. In Australia, both are compulsory, and the AEC makes it easy to do it.

I’ll be needing to pre-poll vote next Monday. I have the problem of deciding how to vote in the Senate. Usually, I vote below the line, giving myself the satisfaction of giving the last preference to the most obnoxious candidate. This election, so much slime has slithered out from beneath rocks that I can’t really decide. There’s even one obnoxious character who was top of the One Nation list in the special senate election, but now leads the Anning Fraser list. He’s even more obnoxious than the sitting member.

For the first time, I’ll probably accept a how to vote card and follow it.

I agree with some of the earlier correspondents to this article and think and hope that the high proportion of young voters reflects a strong desire to ensure that this miserable excuse of a government never again sees the light of day. A number of the ‘rats’ have already jumped ship but many hang on to their sense of ‘born to rule’ mentality. Older voters are too tied up in their own self-interest to be relied upon to achieve this. For example a recent report ‘The Cost of Privilege’ commissioned by Anglicare Australia revealed that over a one year period $68 billion of taxpayer revenue was directed to the wealthiest 20% of households in Australia. This is occurring at the same time of double figure relative poverty in Australia among both adults and children. For many older voters the ‘age of entitlement’ is what they have come to expect as a right and they will not willingly relinquish this largesse hence the opposition to some of the ALP’s tax policies. In a clear reversal of President John F Kennedy’s plea these voters seek only whatever undeserved advantage they can screw out of the system. They would even prefer to leave a worst off Earth to their own children rather than make any self-sacrifice to their wealth. These are the same hypocrites who in defence of their wealth roll out the pathetic ‘politics of envy’ card every time issues of equality are raised. The same hypocrites who roll out meritocracy and equal opportunity as the basis of their wealth when the presence of massive gaps in children’s life chances fly in the face of such assertions.