Labor has unveiled a boost to Indigenous health, recognising the need for Indigenous communities to be central to program development and implementation. But that requires a workforce.

After an obsessive focus on health for white Australians in the first week of its election campaign, Labor has finally released its Indigenous health policy: a $115 million package “that will put First Australians at the centre of decision-making”.

There’s $20 million for sexual health promotion and another $16.5 million to health and lifestyle promotions like Deadly Choices, which can address problems like smoking. Indigenous Australians die from lung diseases, including lung cancer, at least twice as often as non-Indigenous Australians, fueled by stubbornly high rates of smoking, which is a common problem among Indigenous people in colonial societies worldwide.

Is the government doing enough to tackle the Indigenous suicide crisis?

Most critically, Labor promises its plans “will be co-designed with and led by First Nations peoples”, saying it “will prioritise Aboriginal Community Controlled Health Organisations by ensuring they have a primary role in delivering culturally appropriate and regionally specific primary healthcare services” and re-establishing the National Aboriginal and Torres Strait Islander Health Equality Council, abolished by Tony Abbott.

The overwhelming evidence is that effective Indigenous health programs are those designed and implemented by Indigenous communities, using Indigenous health workers. Aboriginal GPs and other health workers are far more likely to provide the kind of culturally appropriate primary care that evidence shows encourages Indigenous people to use health services, including in urban areas, while Aboriginal health workers are more likely to improve the effectiveness of lifestyle modification campaigns around diet, smoking and exercise that can contribute significantly to reductions in heart disease, diabetes, lung cancer and emphysema, as well as a host of less lethal chronic diseases.

In Queensland, Aboriginal and Torres Strait Islanders make up just 1.7% of Queensland Health’s workforce, well below the ~4% of Queenslanders who are Indigenous. In WA, just over 1% of the state’s health workforce is Indigenous. Only NSW has made substantial recent progress; Indigenous people make up 2.5% of the health workforce, not far short of the overall Indigenous proportion of the NSW population, 2.9%. But these figures relate primarily to staff employed in acute care and hospital-related services, not primary care or allied health services, where Aboriginal health professionals can make the greatest difference.

The other issue is evaluation. Community-designed and -led programs are more likely to be subjected to scrutiny about their performance than programs imposed from Canberra or Perth or Darwin. But the persistent problem of Indigenous health programs, one pointed out frequently by advocates from a wide range of perspectives, is the lack of effective evaluation of programs, which requires money to put in place at the planning stages.

There’s one jarring note in Labor’s media release. “Only Labor cares about a public health system for all Australians and is committed to addressing the injustice of poor health outcomes for First Nations peoples,” it says. That’s profoundly offensive to Ken Wyatt, the Indigenous Health minister who, before being elected to parliament as the first Indigenous MP, was director of Aboriginal health in the West Australian Department of Health for three years, and held a similar position in NSW for four years before that, following a long-term career in Indigenous education. Wyatt’s done more hard yards on Indigenous health at a senior level than virtually any other Australian. Claiming that he doesn’t care about Indigenous health says more about Labor than about the man himself. 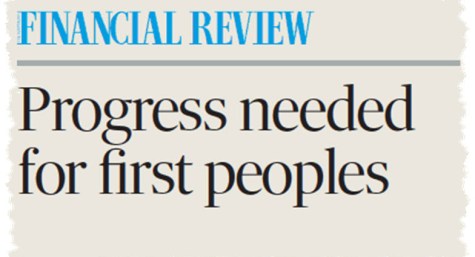 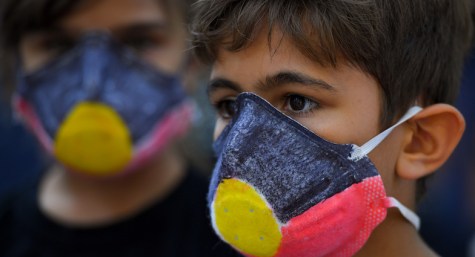 At least Labor has *some* indigenous Health Policies-unlike the Coalition. Labor have also pledged to remove Work for the Dole, which will also help indigenous communities.

Now, I get that this doesn’t fit with your “Labor Bad, Coalition wonderful” narrative…..but facts have a nagging way of not fitting the neo-liberal agenda.

Everyone promises their Indigenous policies will be implemented with “consultation” and led by Indigenous people, but the reality is seldom the same. Policies suddenly emerge at press conferences by the polices and the Indigenous people are nowhere to be see. The polices can’t help themselves because the political advantage always overcomes effective policy. Then you pretend your policy has worked.

Get off your high horse, Bernard!
First you regale us with a long list of illness and disease among the Indigenous population, then tell us what a wonderful job Ken Wyatt has been doing over the past few years. If that were the case, why do we have health problems in that community getting worse? Well, that would be because he is part of the most useless federal government in Oz history. What have they ever done for Indigenous disadvantage…in health and generally?
And if you want proof of that…first they abolish the National Aboriginal and Torres Strait Islander Health Equality Council. Then they totally ignore the ‘Statement from the Heart’…and its recommendations designed to improve standards for Indigenous peoples…some of which would impact on health.
But no…it is all Labor’s fault!! Do you even know how ridiculous that sounds??? At the very least, Labor is trying to DO SOMETHING to improve the situation, which is more than can be said for Scummo and his band of hopeless twats!

I’m not sure you are correct re Wyatt being the first indigenous MP.

Neville Bonner was a Senator. May also have been another indigenous senator for the Democrats but I can’t remember the name.

Still a bit miserly in your assessment of ALP health policy, Bernard, and still a bit too willing to give negative interpretations of policy puff points.

After all, Pat Dodson mentioned a program to get skilled workers for jobs required in fiat nations communities. These could include health workers, Bernard, if nothing to the contrary is said. And, as to “Only Labor has an indigenous health policy ..”, this might just need a contextual interpretation, referring only to parties involved in the upcoming election, rather than be interpreted as a sweeping generalisation about all Australian governments, past or present. Perhaps, we could interpret it as a statement about not only Australian governments but all anywhere dealing with indigenous health policy. Then you could point out many more than Wyatt, who have been so insulted.

I still think Bernard is needlessly leaning toward giving Labor a rap on the knuckles. The Coalition will never embrace a critic of fantasy world neo-classical economics, with its bizarre assumption that our economic world is just like a world in which there is a market for every wanted product, perfect knowledge of all products, and indefinitely many competitors producing every product that might be wanted.
Such a critic spoils silly fantasy beliefs that taxes must be minimal and flat, which strangely tends in the real world to produce the oh so happy result for those with most wealth of minimising diversion of wealth and income to those who have least wealth and income. It is also brings out Gini coefficient measures of wealth, which remarkably show that inequality has diminished lately, when you measure differences between deciles, or better still quintiles, which reflects the inconvenient truth that the moderately wealthy have a lesser share of GDP, while the top 1-2% have increased their share enormously.

Fair criticism of Labor policy should be welcome, even for ALP politicians, between gritted teeth, of course.