This week: looooooong-hand multiplication, the coming war with Iran, and Ellsberg and Chomsky on Assange.

HUMAN, ALL TOO HUMAN

As we rely more and more on technology to store information, what are the problems of outsourcing remembering? (Don’t forget, our ancestors went through all this when we invented writing).

Eyewitness testimony is frequently wrong. That’s why we — erm — need more CCTV cameras? Speaking of which, China’s relentless surveillance state now extends to monitoring students in school to ensure they’re paying attention (“Monitoring them is better than running them over with tanks: Discuss.”).

And… The Thirst Wars have arrived and the fight is intense, as accusations of policing female sexuality fly (and get shot down).

You’re probably not aware of the controversy around conservative British philosopher Roger Scruton, who was recently sacked as the British government’s (unpaid) housing adviser for alleged Islamophobic and anti-Semitic comments (Scruton offers his side of events here). Scruton has considerable form on idiotic comments (including sexual assault) and has never backed down from a fight, so there’s a live-by-the-sword-die-by-the-sword justice to his sacking.

He’s at best a frustrating figure, as this piece for American Conservative illustrates — it’s a succinct but magisterial consideration of place and placelessness in modern urban planning and architecture, which abruptly turns, in the final paragraph, into a crack at “Antifa activists”.

But all that said, his recent book Fools, Frauds and Firebrands is a brilliant assault on (and, in the case of Sartre, simultaneous love letter to) major left-wing intellectuals of the 20th century and worth reading, if only because he’s done the hard work of comprehending even the most obscure French philosophers for the purpose of tearing them to shreds.

But forget visiting one. Humans may simply not be cut out for long-term space flight — it makes them sick and dumber, a new study shows (but that’s OK — we have robots).

But wait! Another take on the same study is more optimistic. Which is a relief because otherwise how could someone go to Mars with Barack?? UFOlogists, led by a small group of sceptics sick of hearing bullshit stories at conferences, are fighting among themselves over conspiracy and infiltration claims.

Climate denialists routinely accuse climate action advocates of alarmism. Except the problem is, we’re nowhere near alarmed enough about the potential impacts of climate change over the next 80 years. Bill McKibben explains some basic scenarios for the apocalypse, especially around food production.

No need to wait that long, of course, while Spanish farmers deal with the challenge of desertification. Ricardo’s famous trade model has been given a status he never did, and its flaws, which Ricardo understood, have been assumed away.

THE WEEK IN TRUMP

At The American Conservative, Daniel Larison discusses the need for the US to move away from Saudi Arabia and closer to Iran — except Trump just declared war on Iran. Despite Trump’s efforts to dramatically expand Barack Obama’s war on whistleblowing, leaking of classified information has exploded under the Groper-in-Chief, and is not slowing down.

And even the National Review hates Trump’s idea to punish Democrats by shipping “illegal immigrants” to their cities. And Daniel Ellsberg and Noam Chomsky on the arrest of Julian Assange.

When are we philosophically justified — or even required — to resist a government? A new book grapples with uncivil disobedience and who gets to decide when it is needed.

Another woman who knew what to do with Nazis: meet Resistance intelligence leader Marie-Madeleine Fourcade.

Why Jeremy Corbyn’s Labour Party is peculiarly receptive to anti-Semitism.

French weapons, like those of the US and the UK, are playing a significant role in Saudi Arabia’s war crimes in Yemen.

And none of us should let ourselves lose sight of just how despicable this unwinnable, Western-backed war in Yemen actually is, even if Trump just used his second veto to overturn a Congressional resolution halting US involvement.

This is a spot usually reserved for cat or dog videos… And it is again this week, kinda… kinda. I’m not a huge fan of Stephen King – The Shining and Salem’s Lot (and its short sequel, One For The Road) are great; the rest do little for me, but I’ve always thought Pet Sematary had some particular resonance, and not because of the poor screen adaptation of it (now there are two). Colin Dickey explains why its exploration of the American inability to grieve, dark even by King’s standards, continue to fascinate.

Also — trivia time! The Ramones only ever had one actual hit: their song for the original Pet Sematary film made it to No. 4 in the charts. 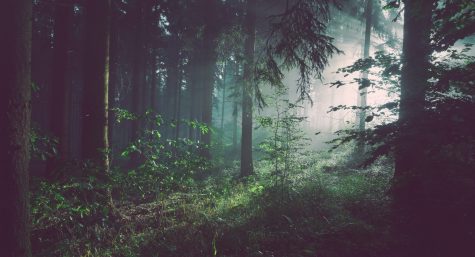 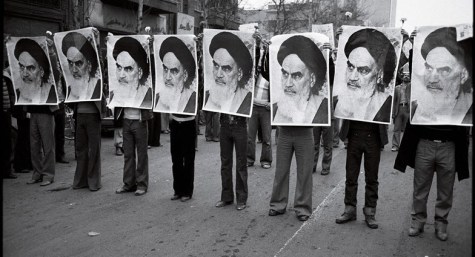