Punk, Iggy Pop, and bringing down the House

Iggy Pop may be known as the godfather of punk, but he's returned to Sydney at a time where punk is one of the hardest things to be.

There is a bit of speculation going around the audience before the performance commences inside the Sydney Opera House’s Concert Hall. These aren’t, however, the usual pre-gig questions. “How long will it take before everybody stands up?” is the first. Literally within 60 seconds, as it turns out. The first song hadn’t even started.

“How long until he takes his shirt off?” is the next. This one goes through to the keeper on a technicality — he was never wearing one. He does have a jacket, though, which is quickly disposed of. Later on in the night, two other punters go shirtless — a guy up the front and a young woman in one of the platform boxes.

Yes, Iggy Pop himself is in the House tonight. With his full band, the punk legend is making his debut appearance inside the world-famous building, on top of his first Australian show in some six years. Although he’s not the glass-breaking, stage-diving menace to society that he once was, he’s still bringing a sense of punk-rock danger to a venue that has shunned this kind of thing considerably in the past.

Lest we forget that this is the venue that handled a stage invasion during Royal Headache’s Vivid show back in 2015 — just one room over, in the Joan Sutherland Theatre — by literally calling the cops. Tonight, Iggy calls for the crowd to come and dance with him during an extended version of “No Fun,” and roughly the same amount of people that joined Royal Headache on-stage for “Down the Lane” dutifully clambour their way on. There’s not a police officer in sight — in fact, the only sort of security up there is Pop’s vigilant roadie, who’s hardly a big bloke, blocking people’s access to the man himself.

What’s changed? Is it the knowledge that it’s a part of the show as opposed to a burst of spontaneity? Does chaos that is controlled somehow bypass the otherwise more conservative environment of the Sydney Opera House via a kind of loophole? Don’t get it twisted — the whole experience is the opposite of “No Fun” as it unfurls. Reflecting on the contrasts between the two, however, really makes one think at large about the explicit conservatism of Sydney as a whole.

Thousands upon thousands rallied against the agenda of Sydney Premier Gladys Berejiklian, imploring her to not “Kill Live Music” and to support pill testing at festivals. She was voted back into office, unanimously, stronger than ever.

The last few years has seen the closure of the Newtown Social Club, the Hudson Ballroom, Black Wire Records and World Bar, to name but a few. Even the people supposedly on “our” side, the Keep Sydney Open party, were quickly revealed to be snakes in the grass as they preferenced anti-immigration parties and showed vocal support for law enforcement. Iggy Pop may be known as the godfather of punk, but he’s returned to Sydney at a time where punk is one of the hardest things to be.

Of course, it’s the kind of culture and community that always finds its waysback in through the cracks. Newer venues like the re-opened Lansdowne and the Black Wire-adjacent 96 Tears are helping to create spaces where it can thrive, but it’s a treacle rather than the steady flow it once was.

With all that said, the presence of someone like Iggy Pop in perhaps the most hallowed, formal surrounds the city has to offer feels like a statement of sorts. A minor one open to interpretation, sure, but the fact it happened in the first place is a real step in the right direction as far as the city is concerned. It may take awhile, but Sydney always finds a way to rebuild and recalibrate itself. If something like this can happen, who knows what might happen next. 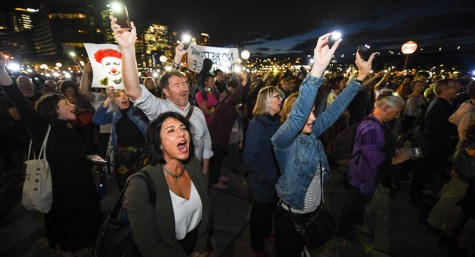 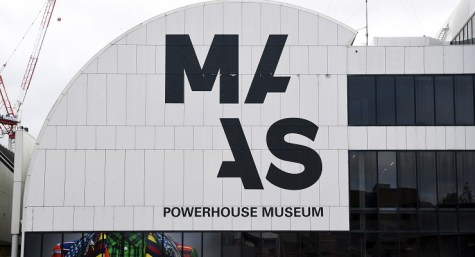 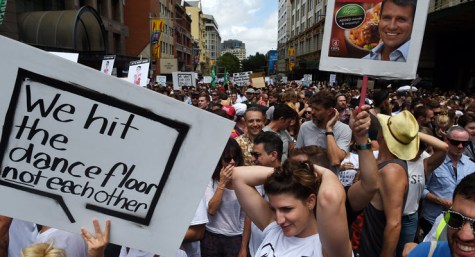 Berejiklian voted back in “unanimously”? Not here in Newcastle she wasn’t. The Labor incumbent’s margin went from 10 to 17 percent. You can blame western Sydney for Berejiklian.

“… Sydney Premier Gladys Berejiklian…” & “…a treacle rather than the steady flow… “?
Literally?