The immolation of Notre Dame de Paris rips at the threads that link us to our ancestors and to our descendants, regardless of whether we're religious or not.

The Gothic cathedral is, almost definitionally, about light. The light achieved within by the removal of the heavy stonework required by the Roman arch. The light achieved from without by the soaring height enabled by the pointed arch, and the giant glassworks that could be slotted into walls that no longer needed to bear colossal weights. And the light within the worshipper, brought closer to their deity through a sublime sensory experience.

That most Gothic cathedrals are, even with the aid of modern lighting, cavernously gloomy places, somewhat contradicts this. They’re dark because the best part of a millennia of smoke from candles, and humidity, and various kinds of air pollution, have turned their insides black — which is how we now imagine Gothic cathedrals to “naturally” be. If you take a trip out of Paris to Chartres, which has — to enormous controversy — been restored to the bright colours of what the best research suggests was its original state, you’ll see something very different. Our forebears, apparently, knew nothing of minimalism or subtlety; the blank stonework that looks down at us from portals, columns and buttresses was once painted colours we’d find garish.

The dark interiors, however, provide a stage on which light can perform its magic. With the sun in the right quarter, the north transept rose window of Notre Dame cast — and may yet cast in the future — an extraordinary and moving play of light on the stone aisles below, awe-inspiring even without us trying to read the stories portrayed in the glass or understand it as a glimpse of a heavenly afterlife.

The effect is multiplied down the road in the much smaller Sainte-Chapelle, the great artistic achievement of European civilisation: each window a rich novella of religious and political tales, together forming an overwhelming visual experience. And all enabled by a single brilliant engineering insight, that the semi-circular arch inherited from the Romans could transfer more weight into its supporting pillars if it was split and pointed upward.

Neither art nor engineering, however, are ultimately why the loss of a monument like Notre Dame so tears at the fabric of a civilisation. Notre Dame, it is said, stands on the site of a Roman temple, which was replaced with a Christian church in the fifth century, the first of several churches to occupy the site. Indeed, along with rough handling during the revolution, the history of France’s cathedrals is invariably of successive churches being replaced, usually after the previous one was destroyed by fire. Roman origins, too, are not uncommon. At the top of Montmartre, next to the crude imposition that is the 19th century Sacré-Cœur basilica, lies Saint-Pierre de Montmartre, also built on the site of a Roman temple. One of the temple pillars was incorporated into the current church, enabling one to lean against stonework from when Mars was venerated there and read the long list of the men of Montmartre who lost their lives in the Great War.

The Gallo-Romans who worshipped there — or down on the island below that became the Ile De La Cite where Notre Dame resides — or the Parisians of the fifth century, or the 12th, were no less real, no less human, no less of the world than the poilus whose names are to be found in Saint-Pierre de Montmartre, or ourselves. But it takes an act of creative imagination to understand them, because, above all, we’re post-religious. They lived in a world infused with religion, in which sacred and secular mixed at the atomic level, and not just one but many religions — quite where the gods of the hearth and the spirits of the forest stopped and the saints and angels of Christianity began is not a question capable of answer until, perhaps, the 20th century, when electricity abolished the dark.

But that doesn’t change how such places become “through-lines” of our history, threads that connect us to the past and the future: for more than 20 centuries, people have gathered to worship in a place, to praise their deities, to mourn their dead, to be part of a community. And such a site creates a greater community, one across time, with ancestors whom we struggle to understand, and with our descendants who will take our place and, eventually, be as different from us as we are from the Gallo-Romans, a communion of the living and the dead and the unborn. That we ourselves do not worship, or least don’t worship supernatural beings, is of little moment; these are the people who created our world, and these through-lines link us to them and continue into the future. The tearing of such links damages a community more than the mere physical destruction of a building could.

For a colonial settler society like Australia, such a temporal community is impossible. Indigenous Australians have their own through-lines, of far greater antiquity than those of Europe, ones embedded in our land and water and sky, but we reject those, both through the persisting act of dispossession and occupation, and through our indifference to them. But in this land they are the only ones available to us, the only way to connect place, community and a sense of something greater than ourselves, something that reaches to the eternal. In the flames of Notre Dame is a lesson that the importance of sacred sites extends far beyond religious belief. 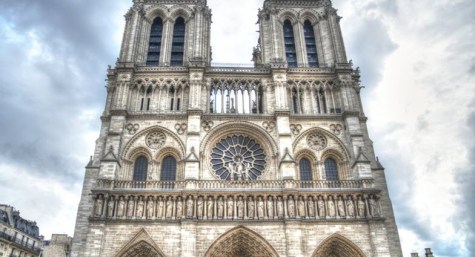 Bah humbug to the season 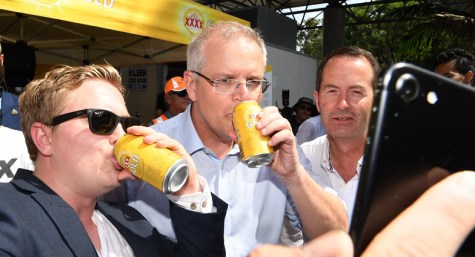 Years ago I visited the cathedral at Reims & was more impressed by the ambience (compared to Notre Dame) due to the absence of wall-to-wall tourists.

The architecture of Reims is also Gothic & outstanding, it is merely 100 years younger & was the theatre in which the kings of France were crowned.

This is wonderful and very moving, thank you BK. I’m sure I will revisit this piece many times. As a Pakeha New Zealander (and migrant to Australia), I’ve always been aware of how tenuous my family and culture’s links to the landscape are – mere decades, a handful of generations. Long enough to feel at home, to feel belonging and love for the land, but nothing like the sense of deep history and kinship with country that I believe indigenous cultures experience. Visiting the sacred sites of Europe was the first time I felt a kind of connection to place that wasn’t tangled up with a vague sense of being an intruder – a feeling of standing in the footprints of my ancestors. This is not to say that we can’t make connections across cultures, but just that those of us who are relatively new to our landscapes may not realise what we are missing out on. It’s so important to recognise and value those connections with the generations past, as it encourages us to try and feel a similar kinship with the generations to come.

Echoing f1p and thank you, Bernard – a very neat summation of what places like this mean, and why ‘sacred spaces’ remain important in a secular age.

Thanks for the lovely historical and cultural tour Bernard, but I’ve lived long enough and read enough history to be suspicious of the background to events such as this. Perhaps it’s pure coincidence that Macron was to have delivered an address on Monday evening to announce measures to assuage the “Yellow Vests” protests. You can read about it here:

Right on cue the Notre Dame fire began, and the address was cancelled:

The destruction of Notre Dame was undoubtedly a painful kick to the guts of France’s cultural identity, as the public reaction attests, but historic buildings can and have been restored in the past. These days crowd control by artillery fire (Napoleon) or gunfire (Paris Commune 1871) would not go down well, so perhaps there’s reason to be suspicious of a more subtle diversion. I’m curious to see if the Yellow Vests come out this weekend. If not, then “Mission Accomplished.”

The women and children of war torn Yemen were very upset by the burning castle of Roman Catholic opulence.

The word church comes from the Scottish word Kirche. Complete with spires and demonic like architecture, they were places of pagan worship and still are due to the mixing of truth with error. See Book of Rev.

” where two or three are gathered in my name”….