The fastest and most furious

While we’re having a village idiot festival here from the Coalition on electric cars, which according to Scott Morrison are unAustralian and will destroy the weekend, China is using them to leapfrog the West’s traditional strength in automotive manufacturing and dominate a key emerging industry — it is even in the process of dumping subsidies for EVs.

Don’t be too pleased, though — over in Europe, now that everyone hates diesel, Europe’s carbon emissions are rising. And a new study from the US Environmental Protection Agency suggests climate change will be inflicting hundreds of billions of dollars per year in losses on the US economy before the end of the century.

The US Internal Revenue Service concentrates its audit resources on low-income earners in the south, new research shows. Still, they probably have more luck than when they take on America’s super rich.

Shoutout to The New York Times for realising roads are a resource that governments mostly give away for free, causing congestion. It just remains to realise that our current system of de facto road pricing is basically the Soviet Union’s approach to everything: make people queue.

Longtime Crikey readers will remember my fondness for the dodgy maths of the copyright cartel — so behold the greatest piracy ambit claim of all time: copyright infringement of images alone costs over $200 trillion a year… or more than twice the entire economic output of Earth.

It’s been a bit lean for hatchet jobs lately, but this week it’s a positive abattoir: Gary Wills takes aim at one of the most important Catholics of post-war America, Thomas Merton, and doesn’t miss (Rod Dreher of The American Conservative offers his take here).

Emily Pothast demolishes right-wing darling Jordan Peterson’s dud scholarship using his own sources. Journalist Geoffrey Wheatcroft on Marxist historian Eric Hobsbawn’s intellectual and moral failures (and why he’ll be forgiven); Winston Churchill: lying imperialist bigot; and at The Spectator (of all places!) Dea Birkett rounds on a new book on Victorian female travellers to denounce them as racist, sexist monsters.

The calculus of Usain Bolt (or, Xeno was a jerk): speed and instants.

Now to the opposite end of speedometer: this article tries to argue against the acceleration of modern life and the haste with which we want anything. While intellectually sympathetic, I will not accept that slow walkers should in any way be tolerated. Go mosey somewhere else.

Elsewhere, the Russians have developed a sophisticated GPS interference system, and they don’t care who knows about it — or what might happen as a result. And do cockroaches possess a self? Well, it’s not clear they don’t, even as we turn them into cyborgs (which is now a thing).

RADIATION AND ITS ADVOCATES

The official story is that the Chernobyl disaster led to surprisingly little loss of life. The reality may be very different, but a new book claims Soviet Russia and the West collaborated to ensure we’d never know (see here for a more sceptical review of the same work). A key issue is the impact of persistent low-level exposure to radiation, and that’s a huge issue in Kazakhstan, where the Soviet Union conducted over 100 atmospheric nuclear weapons tests during the Cold War. Psychologist Steven Pinker says nuclear power can save the world, a claim anyone with a basic ability to add up knows is false. John Quiggin, who can add up better than most, does the honours.

France has slowly been accepting responsibility for its role in the Rwanda genocide since the Sarkozy presidency. Now, 25 years on, Emmanuel Macron has established a commission to investigate France’s role, to report in 2021.

On a related note, if you want to stop jihadist terrorism, then start treating Saudi Arabia like Iran.

Have you ever wondered how Airbus edged out its bitter rival Boeing for plane orders in the early 2000s? Easy — it handed out bribes. Now they’re under investigation.

And how America, with the help of war and capitalism, entirely failed to solve the problem of consistent garment sizes.

Neve Mahoney on wanting to quit social media but being professionally obliged to remain there (meanwhile: Facebook’s algorithms are still racist). A must-read piece by Lucy Franklyn on PTSD and recovering — or not — from the Black Saturday fires. Zohra Aly recounts scenes from a Sydney suburban mosque. And to finish back where we started: James Bradley on Scott Morrison, petrol head.

MP Andrew Leigh helped out with our call last week for works on cricket and philosophy: Sydney University’s David Fraser wrote a whole tome on Cricket and the Law. What would firsty-year law student Bernard Keane have given to sit in General Lecture Theatre 1 to hear about “Lord Denning, cricket law and the meaning of life” rather than the Australia Act. Which is of course a great excuse for a cricket video — viz, the famous Air Vettori and his textbook demonstration to any youngsters watching of how to celebrate a brilliant catch. 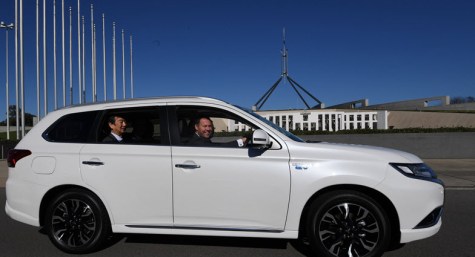 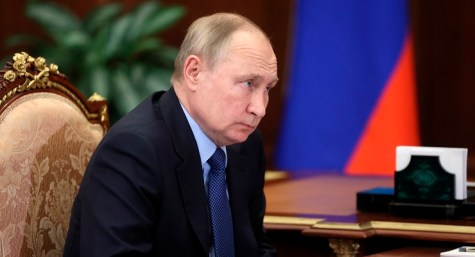 To Russia with love