Crikey readers discuss the approval for the Adani coal mine and the topic of fixed election dates.

Crikey readers yesterday reacted to the news of the government’s panicked approval for the Adani coal mine (a panic fuelled by years of failure in Queensland, wrote Bernard Keane). Readers were quick to point out the overwhelming flaws of the plan. Elsewhere, readers chimed in on what Australian politics would look like with fixed election dates and four-year terms for MPs.

On the panicked approval of Adani

John Kotsopoulos writes: Even the claimed 1500 jobs are unlikely given the massively mechanised and remotely controlled systems used in modern mining. And those that will emerge are highly specialised and technically complex ones with skills that are not suitable for or easily acquired by inexperienced job seekers. So it seems locals are going to vote for a project that will place their health and the local environment at significant risk for what amounts to a derisory return. What a catastrophic mistake.

John Brooker writes: On top of that, the mine, apart from making a quid for Adani and maybe the QLD government, will be nothing but a global warming factory. The Carmichael mine will be adding 1700 million tons of CO2 to the earth’s atmosphere every year. How can Australia claim to be meeting its greenhouse emission targets, when it exports its coal to be burnt elsewhere? Any environmental assessment for the approval of greenhouse gas producing industries must now include the effect on the world’s atmosphere and the habitability of our planet.

On fixed dates for the federal election

Steve Blume writes: Your article on parliamentary terms conflated fixed terms with four-year terms. They are separate issues. As this paper from 2008 and others before and since have posited, a simple proposal for fixed three-year terms counters most of the objections to fixed-terms and the extension of the terms to four years and maintain alignment of senate and house of representative elections. First Saturday in November every three years would do, starting in 2022.

Wayne Cusick writes: If there is a fixed term for the House of Reps, there would also need to be some mechanism for the parliament to be dissolved if it became deadlocked/unworkable. I don’t believe there is such a mechanism for the US, though the UK probably has one. I would also expect election campaigns to be longer, as the election date would be known long in advance. In the US this has been taken to the absurd — the president has been pretty much campaigning (with rallies) since he took office. 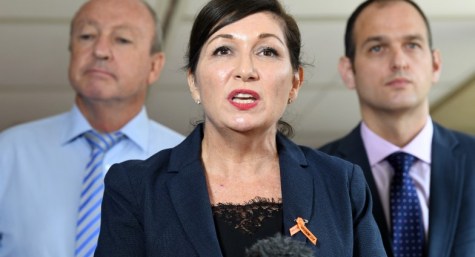 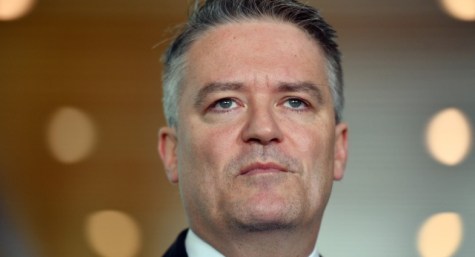 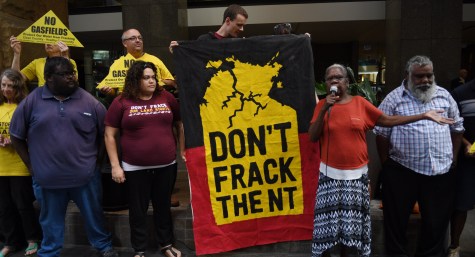 Bigger than Adani: the NT ‘carbon bomb’ waiting to explode

Only due to the failure to point out alternatives is Adani’s scheme so appealing to the unemployed of Townville and the region.

For a political party willing to indulge interventionist economic policy, interventionist development of the region would have a lot more to offer than a desperate cargo cult comprising a dodgy firm noted for its sharp practices. Recall too how the political class bent over backwards to make sure Australia got nothing from the last cargo cult – the Greatest Mining Boom (for Transnational Capitalism) That Australia Has Ever Had. Local manufacturers got a few percent.

An expansion of the public sector to provide critical infrastructure and services, a serious Skills Development framework, and a Job Guarantee that would provide public sector employment for all those willing and able to work, would offer more and better opportunities than Adani’s water pollution and tax havens.

Seldom mentioned in the regular discussion about “skill shortages” is that the obvious mismatches between the skills needed and the skills available arise substantially from the systematic destruction of GBEs (government business enterprises) over the last three decades. GBEs regarded serious training as a necessary part of their role; GBEs deliberately trained more people than were required, to counter the under-training propensity of the private sector, and did so to a higher standard. Profit-seekers want to spend as little as possible on training, preferably nothing, and import them – hence the inadequate skills and fewer opportunities for regions like North Queensland.

Serious money spent on support for public and profit-seeker ventures would not just offer much more, it would also deliver.

ARENA (Australian Renewable Energy Agency) – which the Noalition worked so hard to destroy, then to neuter – recently invested $92 million in six plants in Queensland, five in New South Wales and one at Cervantes in Western Australia. In contrast to Adani’s maximum of 1,500 jobs, it will create 500 directly, with minimal environmental impact and no billion-dollar taxpayer rail-line subsidies for an Adani project that no bank will fund.