Energy Minister Angus Taylor has been left red-faced after pushing an anti-electric car story that was previously discredited.

Taylor far from electrifying. There was considerable fun to be had on the weekend with the government’s and News Corp’s attempts to attack Labor’s electric car plan. Bill Shorten’s claim that electric cars could be charged in 10 minutes was seized on by News Corp to attack him, while Scott Morrison accused Shorten of wanting to shove electric cars down Australians’ throats. Problem is, Treasurer Josh Frydenberg is an enthusiastic spruiker of electric cars and claimed last year they could be charged in less than 30 minutes. His colleague Paul Fletcher is also a fan — enough to earn a rebuke from Peta Credlin.

Indeed, so too is Angus Taylor himself. Last year he promised electric vehicles “will soon have access to an ultra-rapid charging network” that “will provide a range of up to 400 kilometres in just fifteen minutes.” Taylor got caught out on the weekend spreading a fake attack by the TV show Top Gear on electric vehicles. He deleted the tweet, but presumably can’t delete his media release from October. Meantime, Lucy Turnbull tweeted about an eight-minute charger. Today even the Oz, which had previously mocked Shorten, was reporting on Taylor’s humiliation and noting that Coalition supporter Trevor St Baker claimed to be manufacturing chargers that could do the job “within 10 minutes”.

Policy debate is not in great health. In a pre-election panic, the government seems to be losing its grip on sound policy. Take private health insurance coverage of superstition. Former health minister Sussan Ley commissioned a National Health and Medical Research Council review that found more than a dozen “natural therapies” — for which private health insurance holders could claim — had no evidence of any benefit. Her successor Greg Hunt rightly banned a list of practices like aromatherapy, homeopathy, iridology and herbalism from being funded by private health insurance.

This seemed to infuriate those who peddle this stuff, who demanded they be restored for the “preventative healthcare and wellness maintenance for many Australians”. Now, the government has caved in and has promised another review which will include “an advisory panel, including natural therapy advocates”. This will be the third review on the issue since 2012. Should taxpayers really be subsidising it through the billions we waste on private health insurance rebates every year?

Total Eclipx. For all the gloom and doom about the economy, especially retail sales and other areas of small business, you’d expect there be to an upsurge in the activity of the bottom-feeders — the companies that make money from dealing and disposing of the detritus of corporate life, the last resort auction houses and websites flogging off unwanted fixtures, assets, wines, trading stock for fashion shops, heavy construction equipment. The truth seems to be otherwise. Look at the recent experience of listed company Eclipx, which has seen its share price collapse because of weak trading conditions. Eclipx is in fleet vehicle leasing, finance and online auctions, and owns long-established player Grays. Eclipx said in a recent report to the ASX in March:

Grays Industrial and Insolvency has continued to underperform, and has outweighed the continuing growth in motor vehicle auctions; Activity in the Insolvency and Industrial auction divisions remains depressed at a cyclical low point … Although vehicle auctions via GraysOnline continued to grow, up 17% vs. prior year, a decade-low rate of bank-initiated insolvencies in Australia and a buoyant construction sector that is prolonging the in-use life of plant and equipment in infrastructure projects reduced the pipeline of auction volumes from these sources.

In other words, the economic gloom spruiked by many in the media is not being supported by a commensurate level of company failures and asset sales by liquidators ending companies’ lives.

You can take that to the Banks. Today brought us a glimpse of the tactics we can expect now that Julia Banks has abandoned the Liberal Party ship and is contesting the seat of Flinders as an independent. Banks posted a selfie to Twitter while wearing “Stop Adani” earrings — and it was immediately pointed out by Liberal Senator Jane Hume that she hadn’t minded quite so much in her previous life:  “you giggled and cheered when ScoMo reminded Labor that coal is Australia’s second biggest export. You never once spoke out against Adani in the Party Room. Your principles are breathtakingly selective. I’ve let you off the hook for your hypocrisy long enough.” We suspect that this will not be the last time Banks explicitly opposes the policies of her old employer, nor the last time her old colleagues betray the odd professional confidence to attack her for it. 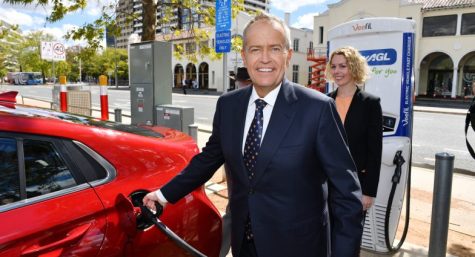 A culture war-free explainer on electric cars in this election 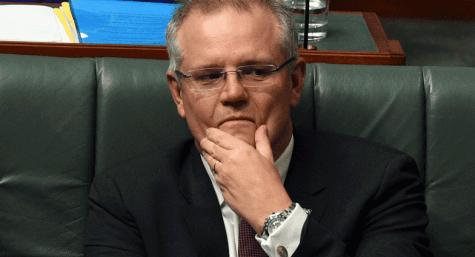 It’s finally on — and so is the debate

And yet instead of backing away from Taylor and Morrison’s blatant idiocy on electric vehicles, Official Crikey Best Minister Ever Matthias Cormann is out there gamely trying to push it with a variety of terrible metaphors while Penny Wong eats his soul.

You media types can’t just laugh this one off. It really needs to be pointed out to Joe Public, who might (from lack of knowledge) laugh along with Taylor and co, that the Liberals are trying to take them for fools here based on their very own (quite recent) statements on EVs let alone everything that experts and businesspeople can tell you about the rise of that industry.

Kristina Keneally had a fine old time today at turbines and the rest of the mendacious dills expense over electric cars. It was jolly to see.

In regards to the parent company of Gray’s auction there seems to be a lack of awareness around selling stuff online, maybe companies that aren’t contracted too them to sell their new or used equipment, from what I can tell gumtree have been making a killing of late..
Interesting this concept doesn’t get a guernsey in regards to this particular mention, around off loading unwanted stuff, this may also be the other explanation why they’re having liquidity issues… The internet strikes again…

necessarily contracted or maybe they take a short cut around having to sell their equipment, through Gray’s or via gumtree…