Lachlan Murdoch's News Corp is shaping up to be even more right-wing than his father's.

As the reception of the federal budget kicks off the 2019 election, we’re getting the chance to see in real time what Lachlan Murdoch’s News Corp is going to look like — and, yes, it already looks like it’s more right-wing than his father’s company.

Last week, in a three-part series The New York Times declared something that’s been clear in Australia for at least a year: the transition has happened. Rupert is sorta, kinda retired and Lachlan and his people are in charge.

Even the most cursory scan of the front pages of the company’s newspapers in the past week tells us how that’s playing out in regards to the election: in The Courier Mail, it’s the “reward” of Morrison versus the “risk” of Shorten; in The Australian, it’s  Shorten’s “magic pudding”; and in The Daily Telegraph, it’s the outrage of Abbott-opponent Zali Steggall driving a (*gasp*) fossil fuel car! 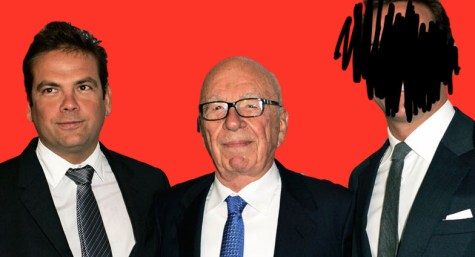 In News Corp tradition, the budget/election season starts with a family visit to the colony. This year it was the new patriarch, Lachlan, apparently to celebrate his wedding anniversary. The party was attended by, among others Liberal backbencher Tony Abbott and Australia’s US Ambassador Joe Hockey.

There have been no reports of the traditional meeting of editors yet, but News Corp papers have this week ramped up their coverage. Much of the political reporting itself has been relatively straight, with not much more than the odd thumb on the Liberal side of the scales. But it’s the front pages that tell us what the company thinks is important and the columnists inside who give the readers their talking points.

This is the key to understanding Lachlan’s News Corp: as the NYT’s report described it, it’s about building “an unabashedly nationalist, far-right and hugely profitable political propaganda machine”.

It’s no longer about building a mass media to persuade the middle ground of Australian politics. That’s the old Rupert model. That’s why, under Rupert, News Corp could support centre-left parties when the political tide of its broad-based urban markets tugged it to the left. Of course, in each case, the support was short-term and impliedly conditional, as the most recent Australian centre-left beneficiary, Kevin Rudd, discusses in his book The PM Years.

Now, under Lachlan, it’s about confirmation bias that empowers conservative politics, pulling it to the right, rewarding friends and punishing enemies. It’s about rhetorical bullets for its constituency to “like” and “share”. (Friday’s hit on Stegall was tweeted out by Abbott’s sister Christine Forster.)

It’s driven in part by economics — the shift from advertising to the engagement required by reader/subscriber supported media — and part by personal beliefs.

Australia is well-placed to be the testing ground for the new approach. It’s the dominant media player both in reach and in influence. Lachlan’s team is in place: the hierarchy here is largely his people who he met in Brisbane during his first corporate gig as head of Queensland Newspapers back in the 1990s.

Like the NYT last week, online news magazine The Intercept published its take on Lachlan’s beliefs, tracking back to his membership to the Conservative Society at his elite US private school and his studies at Princeton. (While we can read too much into the political affectations of privileged young men, remember, by contrast, Rupert had a bust of Lenin while at Oxford.)

For someone who is shaping the politics of the right, there’s not much on the record. There’s his 2002 Andrew Olle lecture which recycles his father’s trope of the danger of elites in a paean otherwise to the power of newspapers to embrace diversity and bring societies together.

Both the NYT and The Intercept quote former Australian editor Chris Mitchell saying “Lachlan’s conservatism is more vigorous than that of any Australian politician” and that his views were usually to the right of his father’s — The Intercept sources this, unkindly, to Mitchell’s “obscure” memoir.

Left to judge News Corp by what it does, the signs from last week are that Lachlan’s News Corp is different to Rupert’s, but not as many hoped. 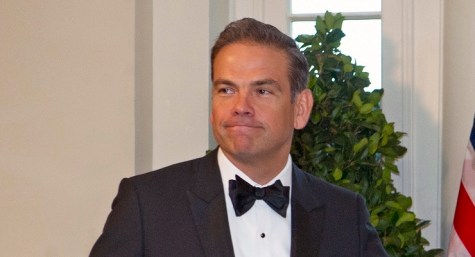 I thought I read, some time ago, that News Corp was losing money, remained in print only because it was so dear to Rupert’s heart and that his departure would see the demise of News Corp because neither son would indulge such a continuing financial drain.

Lachlan Murdoch may be further right than his father but that does that mean he will continue publishing such loss makers?

I think Fox News makes a profit, and stories hoping that the Murdoch children would change the course of Rupert’s empire were always more wishful thinking than anything else.

If anything, it may be that the old man’s old-fashioned tastes are all that is keeping Sky from becoming a full blown Fox News Downunder 24/7.

Such a view utterly misunderstands the propaganda role long played by The Oz.

Quantity matters because distribution (both as printed broadsheet and online) can dominate the range of views being presented. Broad, general coverage by “The Australian” thus benefits from the reduction in breadth of federal political coverage by its only serious rivals. It is the “thick effect” – if The Oz is where the stories are likely to be, that is where the audience for them is likely to go. Even better, decision-makers generally are even more likely to read it – and to believe that they need to agree with it.

So “The Australian” is politically influential, and can more easily express its master’s gross bias and aggression against rivals and the day’s political targets. So it is subsidised by Rupert and now Lachlan because its sheer volume and presence will hopefully convert the masses. At the very least, it will tend to crowd out progressive views simply because it can dominate the range of views being presented.

I agree with K. Rudd that Labor’s first priority, if elected, should be to castrate by any means possible the Murdoch propaganda machine. It’s malignant influence, through monopoly in newspapers, is holding this nation back.

The Oz does not have, and has never had, an effect due to “sheer volume“. Even as our only national paper, apart from the Fin, its total sales never exceeded either the SMH/Age in their state markets.
It’s impossible to say how many are sold because the mudorc withdrew from the ABC stats some years ago in sheer embarrassment.
However its impact is huge because it is underpinned by the tabloids Hun & Terrorgraph with the prolix verbosity filtered for the morons who buy such rags – one can hardly call them ‘readers’.
Thus the miasmic effect of penetrating & seeping into every corner of the public conversation, echo chamber that it is.

The ways of the ModBot continue to fascinate…

The NYT long form piece referred to is worth a read. Lachlan’s yacht; where Dad fell over and broke his back, is called Sarissa which Google tells me was the name of a very long lance used by Phillip of Macedonia’s troops with devastating effect. There’s some symbolism going on there. Lachlan may have a baby face but he isn’t at all warm and cuddly.

Today’s Curry or Maul has Renee Viellaris (Adani/coal junkie and PR presser queen for Canavan, Christensen, Dutton, Joyce and Hanson), lobbying the court of public opinion, trying to strong-arm Melissa Price (of all people) into passing Adani before the election.
If form means anything Scumbo and his government, if they win the election, will have Adani up and running within months – with our money underwriting it’s profits.

Loathsome, the trio of them.