Good morning, early birds. Labor has promised tax cuts for lower-income Australians in its budget reply, and Fraser Anning is censured on the Senate's first day of sitting. It's the news you need to know, with Chris Woods.

According to The Sydney Morning Herald and Australian Financial Review ($), Shorten will expand on the Coalition’s tax cuts for the 2.9 million Australians on an income of $40,000, while also promising a larger surplus. After enjoying the Coalition’s Newstart backflip and calling for clarity over the proposed Indigenous Voice to Parliament, Labor will also budget $400 million for womens’ superannuation and universal preschool.

The Senate has almost unanimously condemned Senator Fraser Anning for his Islamophobic comments following the Christchurch terror attacks, while also passing rushed legislation aimed at preventing other attacks from being live-streamed on social media.

The Guardian reports that One Nation abstained from the Senate’s censure, while Senator Cory Bernardi only supported the substantive part of the motion. Senator Pat Dodson issued a particularly devastating response linking the racial prejudice behind the attack to Australia’s history of massacres. The news comes as Anning launches his own political party ahead of the May election ($).

Elsewhere, The Australian ($) reports that the House of Representatives is set to pass the Sharing of Abhorrent ­Violent Material Bill today, although media bodies including News Corp have called for exemptions citing fears the legislation could “criminalise journalism”.

The Prime Minister of Australia responds to a question from Kerryn Phelps on the budget’s lack of climate measures by quoting the 2006 mockumentary Borat.

Is the government doing enough to tackle the Indigenous suicide crisis?

“Youth suicide was labelled a ‘national priority’, $461 million was earmarked for young people’s mental health, and the government also promised to open 30 new Headspace centres and extend funding for psychosis treatment. Meanwhile just $5 million will be devoted to Indigenous suicide prevention programs, despite Aboriginal communities being in the midst of what medical bodies and advocates refer to as a ‘crisis’.”

“After 12 years of budget deficits, Australia will return to surplus next year. It will be a small one — just $7 billion — and the surpluses projected in subsequent years are actually lower than the government forecast just four months ago. Against that, the final deficit, this financial year, will be smaller than forecast — $4 billion, a rounding error away from balanced budget.”

“In a recent statement to the ABC’s AM, former premier of WA Colin Barnett said that a preference deal between the Morrison government and One Nation would be ‘incredibly foolish.’ Barnett speaks from experience. The infamous preference deal made between One Nation and his long-reigning Liberal government is remembered as a monumental blunder.”

ABC inquiry finds board knew of trouble between Milne and Guthrie, but did nothing

How Rupert Murdoch’s empire of influence remade the world

Feeble defence is still our nation’s shame ($) — Greg Sheridan (The Australian): “Once again we have embarked on a federal budget and an election campaign without the single most important issue — the defence of Australia — playing the slightest role. Speaking technically, that’s completely nuts.”

Just joshing, Australia, here’s my real budget — Jessica Irvine (The Sydney Morning Herald): “Deloitte Access Economics estimates increasing the benefit by $75 a week will cost the budget $3.3 billion a year in direct terms. But that will be offset by about $2 billion in extra revenue from increased spending. That’s the trick, you see. Target your handouts at truly disadvantaged people and they’re more likely to spend it and boost the economy!”

We paid $180m for Scott Morrison to have a press conference on Christmas Island — Scott Ludlam (The Guardian): “The government has torched more than $180m dollars ramping up security and services at the site, in anticipation of a deluge of people who only ever existed as a talking point to hurl at Labor and the crossbench.” 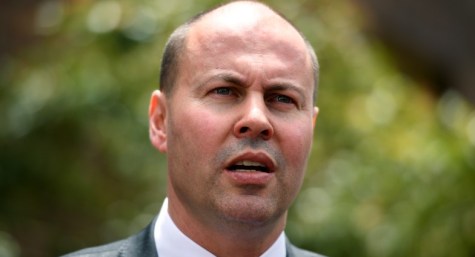