The government has adopted a firefighter approach to its political troubles, aiming a hose of money at at-risk seats or areas where Labor is threatening it.

The federal budget will return to surplus in 2019-20, with Treasurer Josh Frydenberg unveiling a surplus of $7 billion, the first since 2007, in addition to $20 billion worth of tax cuts over the forward estimates, billions in new infrastructure investment and spending targeted at spots of political trouble.

In a document light on any overarching narrative, but long on spending commitments designed to shore up the government’s vulnerabilities, the government has adopted a firefighter approach to its political troubles. Its aimed a hose of money at at-risk seats or areas where Labor is threatening it. Despite that, the government has kept its fiscal discipline relatively intact: new spends have been offset by savings elsewhere, with spending falling as a proportion of GDP — though purists will lament the missed opportunity to return to surplus a year early and begin paying down debt.

However that may turn out to be the right decision, with a softer economy forecast than just four months ago in the 2018 Mid-Year Economic and Fiscal Outlook (MYEFO).

As a result, the government’s immediate election bribe — an expansion of the low- and middle-income tax offset targeted at workers on up to around $90,000 and capped at $1080 — may prove to be well-timed, with eligible households receiving the offset with their tax returns later this year. High-income earners, on the other hand, will have to wait until the 2020s to enjoy the benefits of changes to the tax thresholds that will cost around $19 billion over the forward estimates in total, and much more through the 2020s. 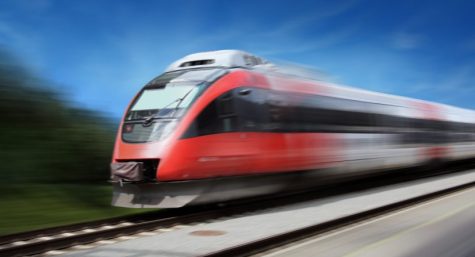 The government is also spending around $4 billion in additional infrastructure spending around the country and has promised a fast train between Geelong and Melbourne, committing an additional $2 billion to the project — but not until the 2020s. It will also establish a Fast Rail body to progress the construction of high-speed rail connections to Sydney and Melbourne from regional areas.

The budget should be an easy sell — the Coalition can claim both fiscal rectitude and an abundance of spending and tax cuts to shore up its fortunes, with few losers and plenty of winners. The government also has around $3 billion in unannounced measures up its sleeve, giving it some more announceables over the next five weeks. Labor, however, will have access to the same budget parameters, and it has already taken decisions that mean it will have more room to manoeuvre when it comes to its own tax and spending plans. 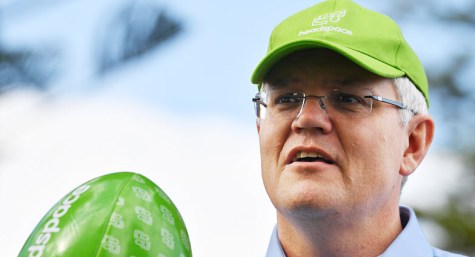 I listened to Josh’s budget speech tonight but it wasn’t clear from what he was saying whether he is increasing taxes or not! Anyone know?

ratty
Reply to  The hood

The tax cash splash ignores all those people who earn less than $40,000 per annum.
That would be the cleaners and air services slaves and the contract teachers, university students who have parents that can’t afford to put them through.
Yes, long on strategic spending in at risk seats, focused on the people who are not on the bottom of the ladder and certainly not looking at making Newstart liveable.
Increased spending on GP services to keep patients out of emergency rooms, but, if you really have something wrong with you and need a specialist, then its either the 180 day waiting list for a consultation with a public specialist but no incentive for specialists to bulk bill.
That means for follow up consults the Medicare rebate will be higher for a GP than a specialist.

“though purists will lament the missed opportunity to return to surplus a year early and begin paying down debt.”

You mean ‘numpties who haven’t got their heads around modern monetary theory. We are a fiat govt, and federal budgets are not like household budgets, they actually don’t need to ‘pay off debt’, they actually can print their own money.

Thanks for pointing that out. A budget surplus is meaningless except as a means of sucking demand out of the economy, if it is overheating. And they don’t even “print” the money nowadays. It is just “keystrokes” mostly.

“Frydenberg unveiled a surplus”.
No, BK, he promised one in 15 months time – not the same thing at all – and if you look at the assumptions he’s made on how he’s going to finance it you’ll find he’s expecting increased revenue from personal income tax off the back of 3.5% wages growth. Again. The same old, same old every bloody surplus forecast has been built on since the GFC that never, ever happens.

Yes, he has promised a surplus next financial year using heroic assumptions plus a slowed rollout of the NDIS, even more cuts to foreign aid (something which Keane’s beloved Cormann has previously championed), and so on.

It’s a surplus they aren’t expecting to have to actually deliver (due to the election), but which they are setting up so they can attack Labor for not delivering it (or, if Labor does deliver it, they can say “well, we would have too, so it isn’t an achievement pffft”).

Let’s not forget the “tactical saving”? All that money saved by making the NDIS almost impossible to access for so many that really need it for any sort of relief from the daily trepidation in their lives – to go to that “surplus”?
“A year behind”*?
“$1,600,000,000 ‘saved’ since December”*? (*Rick Morton)

All those “tax cuts” (as long as you earn enough?) – all that forgone government revenue (especially poignant if there’s a downturn in the economy) – all that forgone infrastructure and services as a result of a lack of funding – that we’ll have to pay more for if we need them – from another milk-shake and a sanga hand-back – just for your vote?
God help you if you don’t earn enough to qualify for that cut?

….and slow roll-out of Infrastructure Spending (they’ve spent more on *advertising* planned infrastructure than they have spent on rolling it out) & Defence Procurement.