At 2am or 3am or 4am, or some time in between, on April 2, 2019, the day of his first federal budget as prime minister, in fact, Scott Morrison wakes in a state of wild alarm: Shit! Did Josh remember to include the tax cuts?!

I can’t be sure that happened, of course. But it’s all I could think about as I lay there awake myself, at 2am or 3am or 4am. Weeks out from a federal election, was there any budget strategy that could save the Coalition from electoral wipe-out? And doesn’t that make the whole pomp and ceremony of budget day even more pompous, even more redundantly ceremonial?

ScoMo, the doomed leader, the egregious maestro, desperately waving his baton at an increasingly alienated and sectarianist orchestra. Still, he and Josh have an audience to entertain, don’t they? And a message to deliver regardless. And they can’t let something like impending defeat spoil the party. The show must go on. And that’s not a metaphor…

Bernard Keane once described the budget lock-up as “an enormously expensive waste of six hours that has literally no purpose whatsoever”. But the rigmarole of the budget isn’t meant to be practical. It’s spectacle. It’s entertainment, distorted and dulled through the lens of sombre political analysis. It’s a funhouse that replaced all its wacky mirrors with murals and wood-clad foyers and variously insipid and grandiose portraits. It’s a get-together, a party for the political and media class. Strictly invite only. Strictly BYO. But you can buy coffee and muffins from a little kiosk under the stairs if you want (as Bernard also pointed out, the primary beneficiary of this yearly ritual is Canberra’s hospitality industry).

I’m trying to recall how much they charge for those little muffins as I clear security.

Inside the entrance lobby, a bold and energetic woman with a clipboard points me to the check-in table for media. I’m issued my Parliament House day pass quickly but my colleague from SmartCompany hasn’t been put on the list.

“Nope. Not there either.”

I half expect a siren to go off, and four or five heavily armed AFP guards to pounce on my co-worker and drag him by the lanyard to a holding room. But I’m surprised at how good-humouredly the situation is dealt with.

The woman with the clipboard jauntily barrels over. She flits between stern and friendly as she liaises with Treasury on her phone, occasionally making jokey asides to us.

She points at my T-shirt, its arty print of a grotesque pizza slice, dripping with cheese. “Good to see you dressed for the occasion.” I hesitate. “Just joking! Sorry, can you tell I woke up at 4am? Come back at 3 o’clock and I’ll be on fire with the compliments.”

She checks her phone again. “Treasury confirms you.”

Passing Aussie’s café, I hear one journo ask another, “Ready for the stupidity?”

Then, through the glass walls of a wide walkway, in the verdant courtyard outside the Senate chamber, I see comic Mark Humphries gesticulating comically at a cameraman in a baseball cap. Fleetingly, I reach out to touch the glass, my mouth starts to open but no words come out. “Mark… I’m… sorry about Pointless,” I want to say. But this isn’t the time.

Inside the main committee room, a different cameraman, this one in a backwards baseball cap, carefully arranges the budget papers upright on a warmly lit desk, confecting the perfect shot. Oh yes, the papers! The production quality of the budget documents this year — my god, what a spread! A journalist to my left, let’s call him Brendan Kane, compliments the richness of the data in the budget overview booklet. And I notice, as well, the plain stick figures used in the 2018 budget papers to represent different Australian demographics have been replaced with detailed illustrations of individuals.

There are old women and young men; women in activewear and men in jeans; women in pantsuits and men in casual blazers; a man who looks like Freddy Mercury is reading a newspaper; a woman who looks like my mum in the ’80s holds the hand of a bald man who doesn’t look like my dad at any time. Skin tones run the full range. If you can’t get the diversity into your frontbench, try getting it into your infographics instead.

I fill up my water bottle from the basin in the men’s toilets for the fourth time (this is the “bleak” part of the evening). I swear there was a big water urn or some such last year…

Returning to my seat, I overhear two staff on the SBS table discussing Frydenberg’s “lap” of the lock-up (it’s customary for the treasurer and, slightly earlier, the finance minister to roam the lock-up, gladhanding journos for 10-15 minutes).

“When does ScoMo come through?”

“He doesn’t. This is Treasury’s day.”

“Yeah because he was treasurer last year.”

ScoMo, the egregious and absent maestro. Meanwhile, Frydenberg and Cormann, at a press conference elsewhere, spruik budget measures on a big screen in the main committee room. It’s over quickly.

“Well that’s Frydenberg. He’s got no stamina,” a journalist nearby says, laughing.

*With apologies to Tom Wolfe. 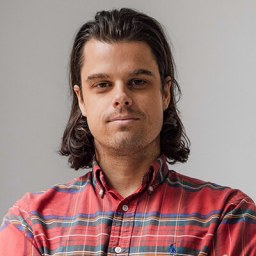 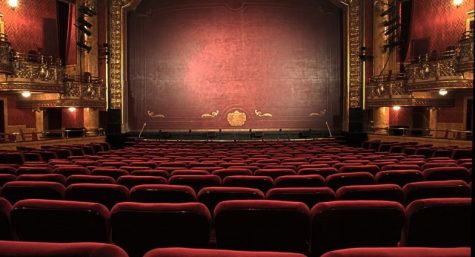 Arts and the budget: ad-hoc approach reflects Coalition’s misunderstanding of the sector