Another budget, another drop to a News Corp journalist about amazing extra funding being given to our security agencies.

Stop me if you’ve heard this one before. The government will tomorrow reveal “an unparalleled $570 million funding boost for counter-terrorism” in the budget, according to the Coalition’s go-to drop scribbler at The Oz, Simon Benson, in an “exclusive” (natch) on the weekend. 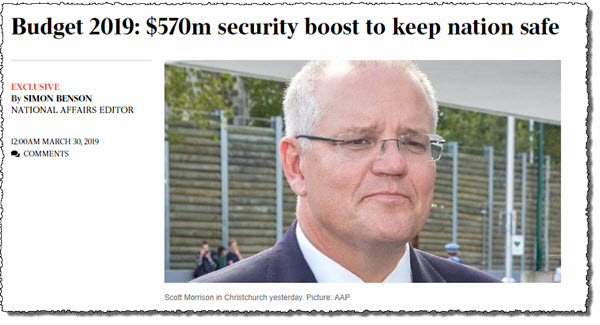 That all sounded very familiar, so we checked.

It was just two years ago that Benson was reporting (“exclusively”) that the 2017 budget would feature “an unprecedented national security budget package” in which “the Australian Federal Police will receive $321 million over the next four years” plus funding “to restore resources that were raided by efficiency dividends first imposed by Labor in government” (fancy security agencies, which have zero public accountability for how they spend money, facing efficiency dividends!). 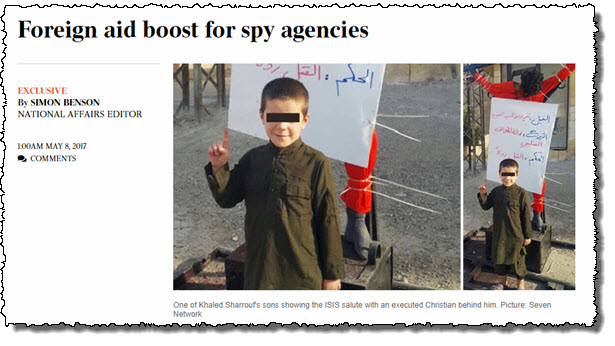 But what about last year? Was there a Benson “exclusive” on national security spending ahead of the 2018 budget? Hell yeah! Behold the “crack unit” (settle down up the back) to be established in Home Affairs to combat espionage “with a new cross-agency taskforce also expected to be funded in the May budget”. 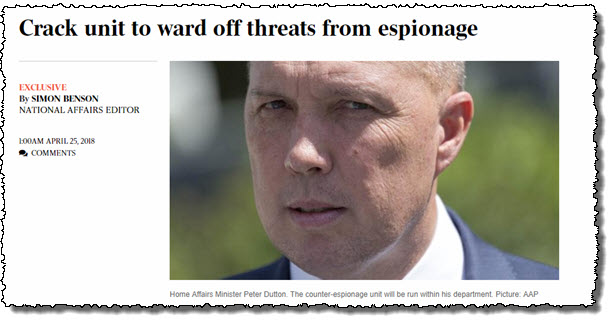 All that is on top of the “more than $450 million in additional funding set aside for the fight against homegrown extremism” announced by the Abbott government back in 2015, which — surprise! — got dropped to Benson when he was at the Telegraph.

What about 2016? Well, remember that was when a pre-election Malcolm Turnbull was still talking about innovation and tech start-ups and how it was such an exciting time to be alive. That year’s drop to Benson was “a $230 million cyber security package to boost spy agency resources”.

Under Scott Morrison, we’re back to honest working man’s threats like terrorism, not yer fancy harbourside mansion computer crime and such.

Of course, with all this “unprecedented” and “unparalleled” extra funding revealed every year by Benson you’d assume the Australian Federal Police’s budget has surged since the Labor years. Indeed it has: it has gone from net agency resourcing of $1.71 billion in 2013 to net agency resourcing of… $1.70 billion last year. Ah the delights of budget sleight-of-hand, confusion of existing and new funding, and announcing new funding while reducing funding via efficiency dividends and failure to renew expiring programs. Both sides do it. But, peculiarly, there are no drops to friendly journalists announcing funding cuts.

This year, of course, you get the sense that the “unparalleled $570 million funding for counter-terrorism” was to have been the centrepiece of a major scare campaign around refugees, especially all the “murderers, rapists and terrorists” that the government insisted would pour into Australia in the wake of the medivac bill passage. That whole scare campaign was shut down by events in Christchurch, though there’s no doubt the Coalition will try to revive it in coming weeks, despite the risk of being accused of peddling hate speech and Islamophobia.

We await the next breathless “exclusive” in The Oz.

These bastards couldn’t lie straight in bed. And they wonder why they’re considered lower than a snake’s belly?

They’re so low, they can crawl under a snake’s belly with a top hat on.

Do University journalism courses have units on Stenography? It seems that this is an especially important skill to have for News Corpse journalists.

The continuing mystery of NewsCorpse’s biz model – for whom are they writing this tripe?
Nobody who can count beyond ten without removing their shoes believes the drivel churned out by the m udorc’s minions so why not just stick to things that matter, like sex skandals & footy and stop wasting paper?

I Love it (and hate it at the same time).

if it wasn’t so serious I might’ve, for a minute, believed it to be a new episode of Utopia.

I know the ALP aren’t much better, but can the coalition ever be taken seriously again?

This is both farce and tragedy at the same time.