Ratings have been slipping for The Project (and other news programs) for years now — but the numbers alone don't tell the full story.

This is part two of Crikey’s look into how The Project is taking charge of Australia’s news agenda. Read part one here.

It was the night of the Christchurch mosque attacks. Almost every news platform in the world was in frenzied overdrive to cover the story. But it was one news platform at the bottom of the world — The Project on the struggling Ten network — that grabbed global attention.

The cold hard numbers tell the story. Waleed Aly’s emotional and personal editorial in response to the shootings drew 427,000 people on Australian television sets, but on social media — the place where The Project thrives — it has been viewed almost 14 million times on the show’s Twitter and Facebook pages alone.

Yesterday, Crikey looked at the way The Project has changed its positioning in the media landscape. After almost 10 years on air, it’s now being taken much more seriously. Its reach to a younger audience, mainly through social media, is the envy of other news and current affairs programs.

But there’s a downside to that good news: social media reach doesn’t bring in the sort of money a traditional TV network needs under their current business models. 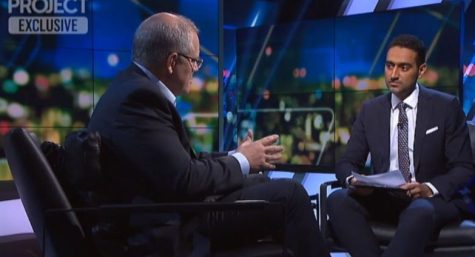 How The Project started setting the news agenda

The Project is Ten’s most consistent performer in the ratings — but that’s not saying much. The whole network regularly gets less audience share than the ABC across its channels. Since it was bought out by US network CBS, the network has been explicit about its focus on the under-50s audience.

And even though The Project has been Ten’s most-watched program on some nights this year, there has been a clear slide in TV ratings over the past three years. The double-whammy of its Jacinda Ardern interview and its Will “Egg Boy” Connolly exclusives on Monday night produced the highest-rating show since July last year.

Like all news and current affairs, its audience is shrinking. It went from averaging around 800,000 national viewers for the 7pm half of the program in October 2015, to about 765,000 in the same period the following year. On Wednesday this week, the same half of the program averaged 584,000 national viewers. The fall has been propelled by the appalling performance of Ten’s 6pm programs, Family Feud and its replacement Pointless (which has itself been dumped and will be replaced by yet another Grant Denyer game show).

What sets The Project apart, though, is its demographics. Its viewers are predominantly in the 18 to 49 age bracket, while its competition on Nine, Seven and the ABC has ageing demographics with many viewers over 60 (especially on the ABC).

Ten Network news and current affairs consultant and industry veteran Peter Meakin told Crikey that the audience wasn’t as big as he’d like, but the audience is loyal.

“One of the best things The Project has going for it is the audience loves the program,” he said. “We’d like to have a bigger audience but we’re blessed with a loyal audience.”

It’s a “very modern show” with a social media-aware audience, says journalist and academic Margaret Simons. “It’s had success in attracting young people to news and current affairs which is a bit of a holy grail for news networks,” she said. “Their news agenda is highly influenced by social media … for any media organisation that’s trying to attract an audience under 50, social media is absolutely key.”

Meakin said he hoped the program appealed to all ages, but it was probably a “bit quick” for older viewers.

“I think it’s unique in this country because of its combination of humour and news,” he said. “Most news and current affairs programs tend to be very po-faced and they take themselves very seriously and most of them only have limited appeal to a younger audience. News isn’t just a product for the old. The more people who can receive information and digest it the better. And also, in a crass commercial sense, advertisers are more interested in younger audiences.”

One way to attract that younger audience, he said, is by engaging with social media (The Project’s Twitter account posts throughout the day and during show), and covering issues that matter to young people.

“It’s got the ideals of a younger audience on things like climate change, equality,” Meakin said. “And The Project is a very diverse program both in front of and behind the scenes. That’s a conscious decision because younger Australians are into diversity, it’s not all roast lamb and white bread these days. This show’s an example to the nation of gender diversity and ethnic diversity.”

Executive producer Craig Campbell said his team focused on the under-50s ratings rather than the overall numbers. Very optimistically, he said he was pleased to be judged on factors other than the TV ratings.

“We’re all living in a very competitive space,” he said. “Our Facebook and social media reach is good, and from my point of view whenever we can get the show seen by more eyeballs are great.”

Media analyst Steve Allen said that while the show’s success on social media was good for its brand recognition and credibility, the thing that mattered to advertisers was ratings.

“They’re creating quite a different market for themselves, so success can’t rest on ratings alone — advertisers buy ratings and Ten’s in a very difficult place at the moment,” Allen said. “At the moment they’re in a ratings battle for survival, and relative to that The Project’s doing OK, but you’d have to say that Ten’s under a lot of pressure.”

Simons said the recent cuts to BuzzFeed in Australia and around the world showed how hard it was for new media to keep their businesses afloat on clicks alone.

“The ability to monetise news content has relied on the idea of family gathering together to watch the news with dinner on their laps,” she said. “It’s difficult to monetise content even for the newbies, as we’ve seen with BuzzFeed recently … [but] I’m a fan and there’s a lot of young people who don’t watch The Project but access its content who are never going to sit down and watch 7.30.”

Foxtel out-rated Ten during Games? Yes, but no … 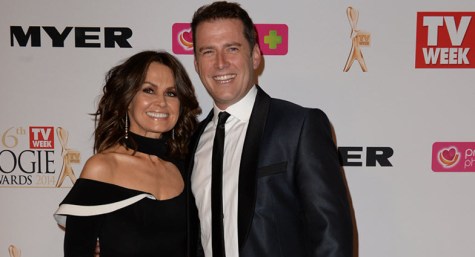 Channel Ten cooks up a big year in ratings

Thank you for this follow-up article, Emily and Glenn. The show’s integration with Facebook and its effect on viewing demographics is useful information, and presumably the program’s tone and political slant have leaned toward its natural viewing demographic, rather than vice versa.

Regardless, it’s sensible to be concerned that staying relevant to a demographic isn’t the same as being financially sustainable, and your second and final article in this series left me wondering the following questions:

1. Is a light, semi-humorous format adequate for discussion of serious political issues? Are there any issues that can’t be intelligently discussed in this way? What’s the evidence for and against?
2. Is Facebook integration a cost to political discourse as well as a benefit? For example, is there evidence that Facebook comments are leading the journalism of The Project toward low-hanging fruit?
3. In the specific interviews you cited, how is The Project’s demographic reacting, and how is that distinct from the reactions to interview and discussion in other media? In other words, what changes are being wrought here that might not be wrought elsewhere?
4. Is there any risk that political discussion will pull apart yet further into demographic echo chambers in consequence of social media? What is the evidence one way or another?
5. Are there any easy lessons that mainstream news broadcasters and/or pure digital aggregator/commentators (like Buzzfeed, say) could learn?

I don’t personally care which stations are winning ratings wars or why, but the effect of changing journalism on democracy remains a critical public interest. I hope to see more and deeper articles like this in future.

I like the coverage you’ve done, except there is an important point about the US Network owning Channel 10. It is as they say liberal and it endured a stop to advertising for the Morrison interview by Aly. Lachlan Murdoch had he been owner, would never have countenanced losing millions of advertising for that show. Nor probably running such a programme.

Let’s give The Project more time. The later interview with the Nat Deputy PM was equally revealing, not to McCormack’s benefit (or whatshisname name)! These interviews may attract more watchers, revenue and, let’s hope displace the other, appalling commercial channels. Australia desperately needs diversity of views, and we all know the ABC is hobbled. And Peter Costello is Chair of The Age and SMH.

Just what the body politic needs – an electorate with the attention span of a FarceBuch Twit.
Never mid lowering the voting age to 16, why not 12? Or enroll them at kindie.

Matter of opinion.
When dealing with snakes never turn your back on them.
Roving Enterprises is trapped and desperate.
It’s either change or sink! SUNK!

Be careful my politicians they’ll be stabbing you in the back next week.
Nuff said!

Who is watching is such a good question. Some people would not watch it in a pink fit.