Contrary to what you read in the press, voters don't shift dramatically every fortnight in their support for political parties. That requires something genuinely massive, which is what Josh Frydenberg will need to produce on Tuesday.

As the election nears, the attention paid to polls will inevitably ramp up, starting with another round of polls next week ahead of the budget and what will become the start of campaigning for the May election.

In the rush, some basic rules about interpretation of polls will be ignored even more comprehensively than usual. Small shifts in primary votes within the margin of error will be taken as actual, real shifts in voting intention. And journalists charged with writing polls up at both News Corp and Nine will fall victim to the post hoc ergo propter hoc fallacy of attributing those shifts to events that dominated the political narrative in the days leading up to the polls.

It’s not just journalists who fall victim to this fallacy; politicians do too. Malcolm Turnbull explicitly claimed that Tony Abbott had sought to undermine him by timing his disruption to coincide with the lead-up to Newspoll; he even took to announcing his own perceived vote-shifters, like the Snowy Hydro thought-bubble in the days before Newspoll to counter it. But it’s a joint delusion of Press Gallery journalists and politicians that the majority of Australians are paying the slightest attention to what’s happening in Canberra on a day to day basis.

Most couldn’t give a damn; many actively loathe politics (and journalists). The idea that everyday Canberra brawling shifts voting sentiment on planet Earth has little evidence.

A classic example of this is the fate of Nine’s dreadful Ipsos poll, which is run too rarely to be useful and has a puzzling flaw in its methodology that has persistently inflated the Greens vote. You’ll recall that after the passage of the medivac legislation, the Press Gallery was abuzz with talk of Scott Morrison’s “Tampa moment” and how it would provide the basis for a comeback election victory. And Ipsos appeared to endorse that with a poll a week later that had Nine journalists declaring “Labor has suffered a sharp fall in popular support after a week of incendiary political claims over border protection.”

Except, it hadn’t suffered anything of the sort. The result was being compared to a previous poll before Christmas, and it was demolished a few days later by Newspoll, which showed, to the dismay of Simon Benson and co at the Oz, no shift at all since the previous fortnight.

The soundest conclusion to draw was that most voters were entirely indifferent to the medivac issue that had gripped politicians and journalists and become a totem for both left and right. And that’s terrible news for everyone involved in political journalism, because the last thing any of us want — no matter where we work — is the people who employ us thinking that most Australians have little interest in what we breathlessly report.

The experience of recent years suggest that polls move in two ways. They turn slowly in one direction or another in response to a disengaged electorate’s vague impression of what’s happening in politics. Malcolm Turnbull slowly turned around his government’s polling from a big Labor lead to, more or less, 50-50 (he was very unlucky never to benefit from a one-off 51-49 or 52-48 in his favour due simply to statistical noise). Strong jobs growth, the ouster of Barnaby Joyce and a few months relatively crisis-free appeared to do the job for Turnbull, until he mismanaged expectations around the byelections last year and the right seized its chance to kill him off.

The other way — as that event also demonstrated — is if there’s a truly seismic event in Canberra that pretty much everyone tunes into, regardless of what they think about politics. The ousting of a Prime Minister — despite its frequency — is still such a seismic event. And that sent the Coalition’s stocks plummeting when they ditched Turnbull, in contrast to the huge surge to the Coalition when Turnbull replaced Abbott.

With around six, or maybe seven, weeks to go ’til polling day, Scott Morrison doesn’t have the time for a slow turnaround of the kind Turnbull accomplished. He needs a seismic jolt, and the budget is his last chance to do it — the budget is one of the few set-piece political events that voters tune into. Problematically, budgets have also proven to be relatively poor at delivering any benefits to incumbents — few political journalists now bother referring to a “budget bounce” since the evidence against such a thing is so extensive.

That means Josh Frydenberg will have to produce something stunning on Tuesday night, something that can change the minds of the large numbers of voters who will be paying at least momentary attention. It can be done, especially given he will have lots of revenue to splash around. But he’ll also need to hope Pauline Hanson/Barnaby Joyce/a disgruntled cabinet minister doesn’t wreck the whole thing by distracting everyone. 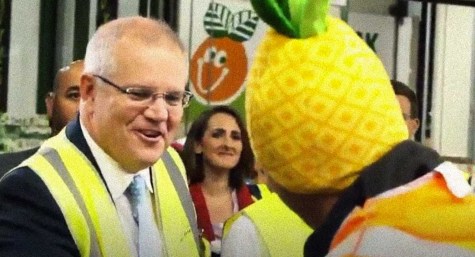 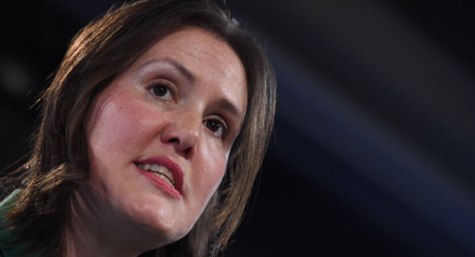 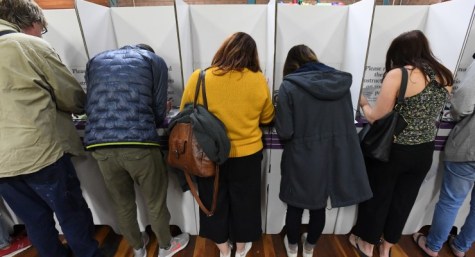 No better illustration of a ‘Canberra bubble’ than Newspoll silliness

“Strong jobs growth, the ouster of Barnaby Joyce and a few months relatively crisis-free appeared to do the job for Turnbull”

A few months away from Parliamentary sitting days and the associated scrutiny, and a few months of baseless media speculation about Labor losing the byelections and about Shorten’s leadership being in trouble (an ALP leadership war relapse being one of the things that WOULD genuinely move the needle towards the Coalition, in spite of their own leadership issues).

It has been pointed out repeatedly the pattern of this Coalition government’s polling- a vague drift back towards them in long periods without Parliament sitting, that correct almost immediately as swinging voters remember why they were against them. In this specific case reinforced by a relentless barrage of anti-Shorten pro-Turnbull media stories.

As soon as voters demonstrated the media narrative against Labor was hollow, and Parliament began sitting again- leading immediately to the Coalition once again demonstrating they can’t do climate policy, only climate denial- Turnbull’s polling was going to go cactus. In the end the move against him was so fast that only the infamous 55-45 Ipsos poll exists to evidence this unfortunately, as all the Turnbull acolytes in the media like to ignore this and maintain the myth that their man was totally about to take the lead in the polls and beat Shorten – something which simply doesn’t stand up to real scrutiny of events and trends.

Incidentally, the outpouring of media anger as Turnbull was toppled, including MEDIA complaints about other media bias against TURNBULL (while not complaining about the same outlets’ bias against Shorten and the ALP), demonstrated exactly how far the media was in the tank for Turnbull.

“The ousting of a Prime Minister — despite its frequency — is still such a seismic event. And that sent the Coalition’s stocks plummeting when they ditched Turnbull, in contrast to the huge surge to the Coalition when Turnbull replaced Abbott.”

The Coalition’s stocks bounced back quite quickly after they ditched Turnbull, to the approximate status quo of 53-47ish which may well have been where they would have settled if they kept Turnbull after rejecting the NEG.

There is a reason Turnbull trailed in every Newspoll of this term of government. The remaining voters who swung back to the Coalition after Turnbull replaced Abbott, who were convinced to trust Turnbull despite their rightful disgust at the performance of the Abbott government, had buyer’s remorse on him immediately (his election night temper tantrum might well have been more of a “seismic event” than most) and never really came back in large numbers. The Coalition’s vote just didn’t still include people who were voting Turnbull despite disliking the Coalition, and the brief spike in polling after Turnbull was removed was nothing more than a kneejerk from people who were always going to calm down and just vote for the Liberal Party at the end of the day. Maybe if Dutton was leader instead some of them would have actually stayed away… maybe.

Anyway, despite this little rant of mine, I am pretty pleased to see Crikey call out the abysmal reporting of polling movements by other outfits and recognition of the dishonesty of the narrative that sees minor poll movements treated not only as gospel truth but also 00% the result of whatever issue is occupying the press gallery groupthink that week.

If the Libs go on a Howardesque vote buying spree the commentariat will be derelict in their duty to the community if they fail to point out the massive national debt that has accumulated over the past 6 years as a result of the structural budget deficit Howard left behind . That includes you Mr Keane

“Malcolm Turnbull slowly turned around his government’s polling from a big Labor lead to, more or less, 50-50 (he was very unlucky never to benefit from a one-off 51-49 or 52-48 in his favour due simply to statistical noise).”

Keane continues to believe in this narrative of Turnbull turning the polling around despite the facts that all it was was a slight tightening in the favourable circumstances of no parliament sitting and media focussing solely on killing Shorten, and would – as had happened before- turn around once the scrutiny was back on Turnbull.

While Ipsos can be a bit swingy, that 55-45 to Labor after Turnbull abandoned the NEG… even if it was a tad high, that is a poll that provides evidence that the drift back to Turnbull was dead and gone as fast as the “Turnbull victory on climate change” and “Shorten to be challenged by Albanese” headlines.

Keane was part of the group of journos to completely misread the path of events and who thought Super Saturday was going to do for Shorten; that Turnbull would get the NEG through and thus make it look like he’d finally imposed a climate policy on the Coalition; that the Abbott wing of the Liberal Party had been sidelined and no longer had any pull; and that as a result of this the glorious Turnbull centrist era of evidence based policy and civil discourse they promised back in 2016 was finally going to happen. And NONE OF IT HAPPENED. And they are still insisting it totally should have happened.

The swing is in and has been for a few years now – we are all just waiting for the trapdoor to fall.

The expensive and secret private polling by the LNP must be atrocious if a conga line of senior government ministers are walking weeks out from an election just to guard their superannuation windfall.

If a bookie is taking odds for a LNP win I know what I would be doing.