Like it or not, conservative voices are needed at the ABC

As is usually the case when Aunty is mentioned, Crikey readers responded in number to Margot Saville on broadcaster Jonathan Holmes’ recent discussion of the need for conservative voices in the ABC. Elsewhere, readers discussed the hot-button-topic of Australia’s gun lobby.

On conservative voices at the ABC

Jonathan Holmes writes: Margot Saville’s report of the Gleebooks event for my book “On Aunty” was accurate and astute (as anyone who knows Margot would expect). But perhaps I should clarify my position: I think the ABC’s news and current affairs programs are for the most part “accurate and impartial” (to echo the ABC act). However, I argue in the book, and I argued last night, that here and there in the ABC’s output — especially on Radio National — those whose political views are right of centre and whose cultural views are conservative should be able to find programs where they feel welcome. Giving brief nods to Amanda Vanstone and Tom Switzer isn’t enough.

It’s not a matter of shifting the ABC’s total output to the right: that’s entirely unnecessary, despite what News Corp’s culture warriors maintain. It is a question of providing more diversity. Paul Kelly may be asking questions on the part of a minority of Australians — but it’s a sizeable minority, and it has a right not to feel sidelined by the national broadcaster it helps to pay for. It’s hardly a revolutionary proposition, even in Glebe. Nor is it by any means the central thesis of my book, which is far more concerned with the twin pressures that tore the ABC’s leadership apart last year: political and budgetary pressure from government, and digital disruption.

Ray Bricknell writes: As a centrist swing voter and devout listener to and watcher of ABC programs, I think Holmes is right — the ABC has a responsibility to air the points of view of all sides of every issue. Where else can the public access such debate?

Andrew Glickson writes: Previously the ABC tried to maintain a “balance” between climate scientists and climate change deniers, and failed. In so far as critics of the ABC are asking for a “balance”, I append examples where a “balance” of opinions, namely between objective reality and untruths cannot be sustained: “the Earth is not round but is flat”; “wars are good for the economy”; “climate change is a hoax”.

Barry Welch writes: There is a real irony in some states, as part of the National Firearms Agreement, having membership of a gun club as one of the conditions for gun licence eligibility. Gun clubs such as the Sporting Shooters Association now weaponise millions in fees to run political campaigns to weaken the very gun laws that the requirement was designed to protect.

The war on the ABC is far from over 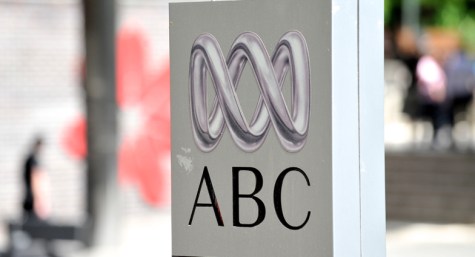 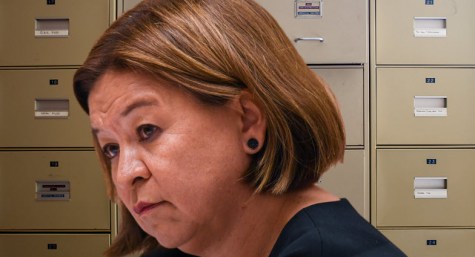 Counter to Mr Holmes: Don’t the rest of us have the right to not feel sidelined by the national broadcaster being forced to broadcast the science-denying bigoted dreck which is all that would actually satisfy this minority he mentions?

Support for the ABC as it is runs extremely high in conservative heartland seats of both the rural variety and the “old money” variety. From Tocumwal to Toorak, one might say. From Wodonga to Wentworth.

It’s not the average conservative voter who has a problem with the ABC, it’s the far-right culture warriors. Paul Kelly doesn’t want the ABC to present fair and balanced commentary, he wants yet more platforms for his kind of racist and homophobic rants.

Can you really make a case that I’m wrong? I doubt it.

Don’t the likes of the far-right Murdoch press tell us consistently that the ABC should butt out of areas that are covered by commercial interests, so on that basis I’d say there was absolutely no need to more right-wing voices on the ABC.

How conservative can you get? The Government controls the ABC and the Government cannot get a vote for ONE NATION to go last. Blast! Where is that top gun?

Over the years the ABC has been demonstrably inclusive of dissenting voices to its journalism and programming. The ABC has sustained the influential voice of constant critic Dr Gerard Henderson on its platforms and foolishly buckled to his “ABC left wing bias” criticism when it appointed “right wing” Phillip Adamses in the current forms of Tom Switzer and Amanda Vanstone. But now Switzer and Vanstone are not “right wing” enough for Jonathan? Jonathan did not spell out why these two are unqualified to correct what he sees as an imbalance. He did not spell out which “right wingers” would do a better job or his conception of new programs through which ABC “left wing bias” criticism would simply dissolve, comforting previously distressed sections of the audience. Sorry to say but Jonathan has fallen into the trap set by Paul Kelly by conceding Kelly’s assertion that the ABC has a progressive agenda. Climate change, and marriage equality, for example, have been major news and current affairs topics on all media news lists, not just at the ABC. It is a question of editorial judgement of course. Kelly’s must be that these topics should be downplayed in coverage or not covered at all. The ABC ran Paul Kelly as its preferred guru for years on its current affairs programs until his exclusivity was claimed by Sky News. Even that did not appease the ABC’s critics at the time. If it was as simple as appointing the appropriate “right wingers” the perception problem Jonathan observes would have been solved long ago. The fact is claims of systemic “left wing ideology” which has produced any negative perception are largely promulgated by people and media rivals who fundamentally oppose the very existence of a taxpayer funded Charter institution like the ABC. The ABC is a flawed institution to be sure. There can be bias, inexperience, misjudgement and faulty analysis. These can be addressed and corrected by editorial leadership, oversight and internal disciplines. But surveys consistently show that the ABC is trusted by 80%+ of those surveyed. The ABC’s staff come from the universities, public and private schools of Australia. The ABC is not “left wing”. The ABC is not “right wing”. It is a creature of an Act of the Federal Parliament of Australia which prescribes its Charter operations, governance and accountabilities. With very great respect … we need more intellectual clarity from Jonathan Holmes.