We are what we eat — so as more and more restaurants close their doors, what does the increasingly bland state of British cuisine say about underlying attitudes?

My favourite participants from the 2017 Women’s March — way ahead of the Clinton supporters in their pink pussy hats — were the young Arab protesters with placards proclaiming “We gave you falafel! Have some respect!”

Immigrants and their offspring should not have to justify their existence in terms of the improvements they’ve brought to the host nation’s diet, but by God it’s true so far as the Anglosphere is concerned.

I witnessed for myself the effects of the looming Brexit deadline during a recent trip to the UK, and so am able to report that the British diet is worse than it’s ever been in my memory. I was sustained by regular meals provided by Pakistani relatives, but even so I lost a significant amount of weight in the course of less than three weeks. The jeans that fitted me perfectly when I left Australia were slipping down around my waist by the time I returned.

Actually, the food is probably the same hospital-meal mush as it has been since the end of rationing. It just tastes worse at the moment because the nation is preparing to close the door on the outside world that it has always relied on for interesting ingredients and the migrants who know how to use them.

Britain, of course, has always turned to the Empire rather than to Europe to liven up its diet. I don’t think that Polish delicatessens were ever in any danger of displacing curry houses in that regard. There are plenty of Italian restaurants and pizza houses in Britain, of course, but while the presumed origin story of the archetypal Italian restaurant in Australia reads as “founded by an Italian immigrant family way back when you still had to go to the chemist to buy olive oil”, their overpriced British counterpart reads more as “fond memories of a wonderful summer break in Tuscany, augmented by hours of devoted viewing of Jamie Cooks Italy”. The immigrant narrative resides in the curry house and it’s long been assimilated into the national narrative, with then-foreign secretary Robin Cook describing chicken tikka masala as a British national dish in 2001.

But the current anti-immigrant mood is not limited to Brexit. The Leave camp courted south Asian voters by suggesting that the reduction in immigration from Europe would allow the Home Office to relax the restrictions on work visas for immigrants — including chefs — from the subcontinent. Unsurprisingly, given Prime Minister Theresa May’s commitment to cutting immigration numbers, this promise has failed to materialise as the “hostile environment” that she promised to create for illegal immigrants has morphed into a hostile environment for immigrants in general. Curry houses are now reported to be closing at the rate of one a day, in large part because of a lack of qualified staff.

That isn’t to say that you can’t still get good desi food in the UK. I made Southall my first port of call after landing at Heathrow. Southhall Broadway might not rival the legendary Brick Lane in the popular imagination, but its proximity to Heathrow airport (an important employer for south Asian immigrants, as shown in the brief scene in Bohemian Rhapsody in which Freddy Mercury is shown unloading suitcases while a fellow employee calls him a Paki) has made it a hub of temples, mosques and dhabas. It was breakfast time, so I treated myself to halwa puri and chai. “English breakfasts” may sound all very well in theory but are far, far less appetising seen at close quarters. “A good old-fashioned fry-up” is a euphemism for “I am feeling very depressed and am responding by living on grease alone”.

Look. British food is all very well, in its place. And its place is “dessert” — ideally served after a decent biriyani. A nice sticky toffee pudding (sticky date pudding, in its Australian incarnation), a really messy Eton mess, a good bread-and-butter pudding — yes please! The colonised subjects of the British Empire took this particular element of the imperial culture to their hearts — and then improved on it by adding a splash of rosewater, a pinch of cardamom, and a sprinkle of pistachio nuts.

But no one can live on dessert alone. Have some biriyani, Britain. Or a pizza. Whatever takes your fancy. But have some fucking respect. No country whose native cuisine is as bad as yours can afford to turn its back on immigrants. 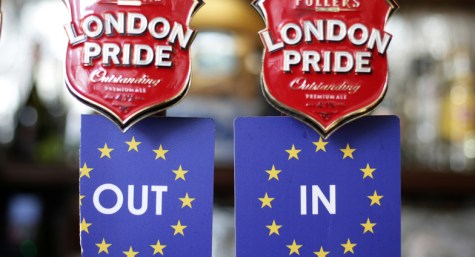 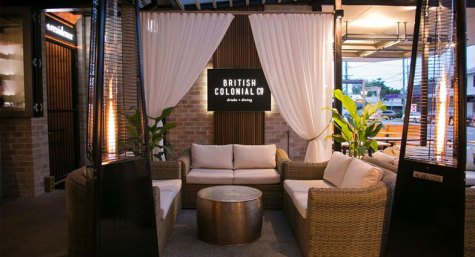 Afghani food, a world away from war

Can’t the curry chefs already there train new ones?

I think ‘curry chef’ is a contradiction in terms. It should be noted that food on the sub continent wasn’t especially fiery – leaves from the curry tree are extremely aromatic and have a strong flavor that has been compared to citrus, asafoetida, anise, and lemongrass. When cooked, Curry leaves have a mild and slightly pungent bite with a nutty aroma.
It wasn’t until the Raj introduced chillies & cayenne pepper from South America that the true ‘ring of fire’ became a feature of British mo(u)rnings after the night before.

As a journalist Are you saying –
Brexit is the most important meal of the day, why weight?

That’s the most delicious post I’ve read on Crikey for yonks Shakira.
It’s left me craving for a decent samosa, but from where I live, there’s none to be had for a 100Km in any direction . 🙁

Don’t know what you see in English desserts Shakira. On my visits to India and Pakistan I’ve been served some delicious desserts. I remember a thing called bread and butter pudding from my childhood. It can stay there, thanks.