To date, much of the social progression from both the AFLW and the AFL has come from the players themselves. Will the AFL and its main broadcaster finally take decisive action to protect players?

Last week Carlton AFLW player Tayla Harris was subjected to sexually violent, transphobic and misogynistic comments on social media, in response to a spectacular photo of her kicking for goal. In a failure of digital management by Channel Seven (the league’s free-to-air broadcaster) the post was deleted off social media entirely, and by doing so the station played into the hands of the abusers.

The 21-year-old Harris showed remarkable grace in handling the pressure she was placed under. In a press conference, Harris labelled the comments “severely inappropriate”. She said these were “comments that my family will read and feel concerned for my safety”. On radio, Harris took the issue further. She pointed to the profile pictures of those who had posted sexually abusive and misogynistic comments, many of whom had children or women in their photos. “That is the stuff I’m worried about,” Harris said, pointing towards links between abusive language and domestic and family abuse. In doing so, she created what seasoned AFLW commentator Sam Lane described as “another moment where AFL Women’s has stepped us forward as a code”.

In the three years since the competition began, AFLW players have shown social and political progression we are yet to see in more than 100 years of the men’s competition. The national women’s competition includes many openly queer players, including some of the game’s biggest names. There are openly gay partners who play with and against each other. There are queer women with children, one of whom — Erin Phillips — kissed and thanked her wife on winning the inaugural MVP award.

Compare this to the men’s competition where no single player either current or former has come out publicly, where there have been regular instances of violent behaviour towards women by players who have been supported by their clubs throughout. There are exceptions, of course. A number of players have become ambassadors for organisations such as The Line; in 2016 Jimmy Bartel grew his beard for 200 days — an entire football season — in order to raise awareness of domestic violence in light of his lived experience with it as a child. But huge problems remain.

Of great issue in the men’s competition is the racist behaviour regularly seen at AFL grounds and across associated social media accounts. As recently as Monday, AFL player Liam Ryan was the target of abuse through a post on Seven’s Instagram. Teammate Nic Naitanui threw his support behind Ryan, calling out the behaviour and comments directly. This comes just one month after Eddie Betts called out (the latest of many) racist slurs made against him on his club’s social media. When Betts was the target of racial abuse while playing at the Adelaide Oval in 2017, a woman was charged and had her membership cancelled. At the time AFL chief executive Gillon McLachlan pledged to do more to combat racism. Yet here we are two years later, and the same words and phrases are being used, only typed rather than shouted. The league, with support from venues and clubs, has plans to enact when abuse is directed in person. But we are seeing patterns of repeated behaviour through social media that are not being managed and are putting players at risk.

This week, however, we saw positive change. Yesterday the AFL announced one person responsible for racially abusing Liam Ryan has received a two-year suspension from his club. Before the suspension is lifted, they must take part in an Aboriginal cultural awareness and education program.

“The comments directed at Liam Ryan are only the latest in what appears to be an increasing number of racist posts appearing on the players, and broader, online platforms,” said AFL general manager inclusion and social policy Tanya Hosch. She stated that the AFL’s integrity unit will continue to identify people making racist comments, suspend any current memberships, and report them to the police for further action.

Ryan’s club has also taken a stand on the issue, initiating a campaign based around Nic Naitanui’s plea from earlier in the week: #whenwillitend. West Coast Eagles leadership group, including Indigenous liason officer Phil Narkle, starred in a video that explains the root of such racist terms and why they are so harmful. This sentiment has been echoed by players across the league, and other leadership figures like Hawthorn coach Alastair Clarkson. Clarkson released a video calling the comments “unacceptable”, and urged fans to celebrate the “excitement, skill and passion that our diverse stars bring to the game” and “flood our news feeds with nothing but positivity about the stars of our sport”.

A similar point was made by Tayla Harris’ teammate Darcy Vescio. She stated Seven were not only “giving in to trolls” by deleting the picture of Harris, but were “eliminating all the positive conversation” from the women’s league.

The AFL has plenty of positive conversation to celebrate — there are initiatives such as the Indigenous and multicultural rounds, and players are frequently encouraged to discuss their cultural heritage — but there is still a lot more that the organisation could be doing. To date, much of the social progression from both the AFLW and the AFL has come from the players themselves. A lack of decisive action by both the AFL and its main broadcaster shows a failure to protect the players and an inability to meet their obligations to create a safe workplace free from discrimination.

The AFL reaches enormous audiences. It’s time they realise that this is not just confined to those on seats and watching on screens — these include audiences engaging through digital media. We are well overdue for a watershed moment where both the AFL and Channel Seven catch up and take charge, for the future of the league, for the protection of its players, and for the many diverse fans who are in danger of losing their enjoyment of the game.

What can the AFL do to eliminate bigotry in the sport? Write to boss@crikey.com.au with your thoughts. 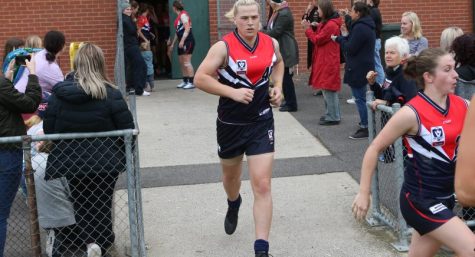 On the AFL’s institutionalised acceptance of hatred 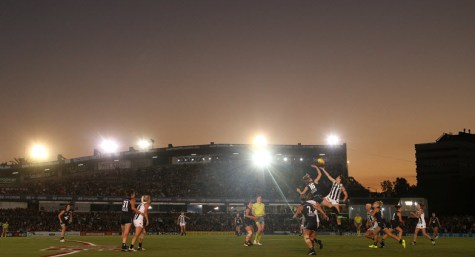 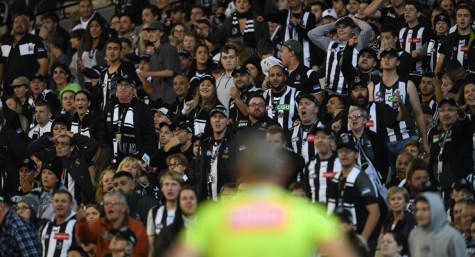 7 “didn’t expect” the reaction they got to their choice of that particular frame of Taylah Harris – – knowing their audience the way they should? To then take it down as if “caught out” – to put it back up later?

It was a spectacular shot; are you proposing self-censorship?

“Self-censorship”? Channel 7? No idea that frame would draw the flies it did?

They couldn’t take the comments down?

Some poor bastard responsible for social moderation probably made the call in a panic that he or she would be held responsible for the AFL appearing to endorse the abuse by leaving it up or not taking it down fast enough (see also Facebook regarding the Christchurch video) and instead the AFL gets villified for that call. It’s a no win, and most likely made by someone at the level of moderator or web site manager, and doesn’t deserve the vitriol that pundits are hurling at an easy target.

I think this will be forgotten by next week and isn’t a watershed anything.

I fail to understand why the garbage comments weren’t ModBotted – unless there was nothing but garbage.
A simple note to that effect, whilst leaving that glorious shot in situ would have been highly effective.

Sections of AFL showed the way too other sports in embracing indigenous athletes, but that was particularly Kevin Sheedy and other individuals. The AFL commission is starting to look slow and a bit dim witted, as with Ch 7.

Melbourne surprises me, so urbane and hipster and oh so cultural capital of Oz blah blah, but there seems a cross section of society isn’t aware that calling a black man an ape or a monkey is deeply offensive and racist. The Adam Goodes debacle showed that it isn’t just the average punter from the sticks but is part of the culture.

Can’t quite work it out.