Until we have a conversation about the systemic problems that are driving suicides among First Nations children, we cannot pretend we are a country that comes together in crisis.

Suicide is a raw topic. One that is uncomfortable and visceral but one that needs to be discussed because First Nations suicide — particularly among youth — in this country is at crisis levels and the circumstances giving rise to hopelessness are worsening.

We have had, as a community of First Nations, a devastating number of child suicides that demonstrate how sorrowful our children are at the state of this country and their future within it. This bleak and seemingly hopeless state is exacerbated during the early part of each year and it is absolutely essential that the space be created for our youth to speak and have their needs met through not only our community support, but policy to address the factors giving rise to this despair.

The way that First Nations people are depicted by mainstream media and government spokespeople in this country is toxic. They perpetuate racist stereotypes and wage a public relations war on us for having the audacity to seek justice for that which our culture has survived. These weapons have been utilised so successfully that there is very little response from the Australian community when a First Nations child dies by suicide.

When I think about Australia’s response to tragedy it is difficult not to see it through the lens of my Indigeneity. I make comparisons, sometimes unfairly, because my emotions are so tied to the injustice that is blackness in this country.

Context is a powerful tool for empathy. The empathy of the homogeneous masses is seemingly impenetrable. In just the past four years we have had 13 First Nations children in the Kimberly region take their own lives, five of whom were aged between 10 and 13. More recently, another four First Nations children took their lives over a two day span. Despite calls for an enquiry from the affected communities and small pockets of Australia’s media the mass outrage and outpouring of grief is conspicuously absent.

It is difficult not to compare the story of these children with that of another child, a 14-year-old girl who took her own life. Dolly Everett was at the very start of her life with everything to live for but was the victim of a cruel online bullying campaign that caused her such grief and pain that she made the tragic choice to end her life.

Following this devastating loss of life, there was an outpouring of grief and a cyber-bullying campaign launched. Rightly so — her life should be remembered and her death should mean something so that no more children lose their lives in this way.

Why then is there no comparative outpouring for the numerous First Nations children?

Context. The masses look at Dolly and see their children. They see her beautiful face and it is representative of their own children, nieces, nephews, grandchildren and so on. Dolly is easily contextualised by the masses as online bullying is rife — it could happen to anyone. Contextualising First Nations children in remote communities who are victims of circumstance, victims of colonisation, and victims of violence of the State — and in some cases of individuals within their broader community — are more difficult for the masses.

Western Australian Coroner Ros Fogliani who investigated the circumstances giving rise to the numerous youth deaths by suicide in the Kimberly, found that the impact of colonisation “had a deleterious effect on an ancient and traditional culture”.

This is not a concept that is easy for the non-Indigenous Australian masses to understand, let alone empathise with — such is the level of denial when it comes to the impact, and continuing effects, of colonisation on First Nations communities. Our power structures from government and parliament to the institutions linked to it contribute to a state of affairs where First Nations communities are only understood in the abstract.

We have communities that are suffering the indignity of government policies that have eroded the opportunity to sustain their community in the traditional sense of being able to freely move across country, hunting and sustaining, as this way of life has been interrupted and land has been damaged through farming and mining and the introduction of damaging plant and animal species.

Communities are subject to policies that reduce choice and opportunity by removing services which are then replaced by quarantined cashless welfare which can be spent in grocery stores where fresh food is scarce and grossly inflated in price. This makes feeding a family nutritious food nigh on impossible and then, when children are considered to be neglected — under flexible governmental definitions of neglect — they are removed to be placed into out-of-home care where those who care for the children are given five times the monetary resources to feed and clothe the very children removed due to poverty.

We know what happens in care. We know what the continuous state of poverty does to a person’s mental health. Yet the system remains without any change of policy to address the cause of the hopelessness plaguing communities.

These children matter. Their grief and the consequences of this grief was preventable. The cause of their grief is our responsibility to rectify and until we humanise First Nations people, and are honest about the fact that this is directly correlated to colonisation and the destruction of communities, we cannot pretend we are a country that comes together in crisis — because we are ignoring one.

For anyone seeking help, Lifeline is on 13 11 14 and Beyond Blue is 1300 22 4636. Headspace and ReachOut have useful mental health resources for young people. 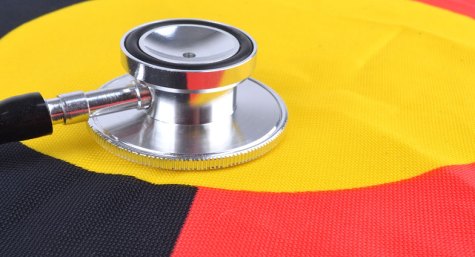 ‘Malignant grief’: doctor speaks about his battle against indigenous suicide

Stolen Lives: why are indigenous Australians killing themselves?

Stolen Lives: death a constant at the ‘crossroads of Australia’

Where is the outpouring of grief the recognition of tragedy the outrage over the death of children by their own hand from mostly one part of out back, out of sight, out of interest Australia?
Where is the special envoy for indigenous people? When will the member for Warringah, Tony Abbott demand an urgent inquiry into this most monstrous of events? Why is he not calling press conferences and using his considerable influence to headline this on the front pages of newspapers?
Could it possibly be that this “lifestyle choice” of young Aborigines is, in fact, part of the master plan, part of the final solution for the fascists currently running the show?

Yes johnnol1, my thoughts too. The account by Natalie Cromb once again reveals our dreadful shame.

Australia is a very racist country. Racism against Aboriginal people has increased in the last few decades and has been fuelled by out of control social media and right wing media outlets like channel 7, (Sunrise has a special mention here) and The Australian (owned by an American supporter of Trump and all things grotesque).
Suicide in remote Aboriginal communities was almost unheard of when I first moved to the NT in 1984.
Too many children I know have suicided. Too many funerals. Too many grieving families.
John Howard began a new war on Aboriginal people. He called it the intervention. It is better known as the intervasion. An invasion by another name.
Shame Australia. Shame.

Hear her, hear her. Well said.