The election is just a couple of days out. There's plenty more that needs to be discussed.

Indigenous policy rarely gets a serious look in during state elections. That’s why, when One Nation launched a concerted campaign of race-baiting over DNA testing, our anger and grief went beyond the party’s proxy policies. Australian media’s vacuum of proactive Aboriginal policy coverage allowed their bogeymen to flourish.

Among the more frustrating parts of One Nation’s campaign — which began with an Aboriginal Rescue Plan and continued with a plan to re-introduce blood quantum — is its success. Mainstream outlets with high readerships ventilated the policies verbatim or made only whimpers of hesitation about their “controversy”. They failed to initially criticise the policies’ eugenicist goals or assess their plausibility. Indigenous media and commentators filled that gap, and mainstream responses eventually followed.

Perhaps most frustrating is that there are still genuine Indigenous policy issues going unventilated in the lead-up to the NSW state election this weekend. Here’s a primer on some key issues:

Of all the crises in NSW Indigenous policy, this is likely to be the one you’re most familiar with. For good reason: rural and remote Aboriginal communities in NSW are running out of water.

In Walgett, Collarenebri and surrounds, water is being shipped in by Aboriginal organisations after supplies became undrinkable. High sodium concentrations (which can contribute to hypertension and the risk of cardiovascular disease) have been on the agenda of Dharriwaa Elders Group for years. Aboriginal bodies and cultures are suffering because Country is suffering. The Namoi — a river that I grew up on and whose might and size meant that we had houses on stilts to accommodate frequent floods — is running dry and devastating local ecosystems. These rivers are crucial to our survival as peoples in a way that is difficult to convey. 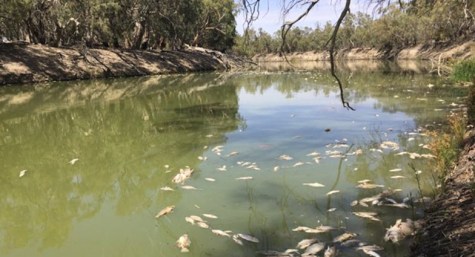 When the river runs dry, we will return to the scene of the crime

Despite large flows being directed to irrigators, there remains little consideration of cultural flows. Recent reports point the blame for recent fish kills and water degradation squarely at waterways mismanagement, but Aboriginal communities lack a cogent legal framework to address this. There is an urgent need for mob to be brought on as water managers with relevant expertise and a stake in river health.

The NSW Aboriginal Lands Council coordinated several local responses, with requests targeted at a complex network of state and federal governments. Of the NSW government, they demanded a special inquiry into river system and water mismanagement. Labor have committed to that, albeit without a clear vision what that means for Aboriginal communities. The Greens have a regional water platform that prioritises native title holders, although it’s unclear what that means for water management and allocation. The Coalition have advanced no clear platform for an Aboriginal stake in water management and have not committed to a state-level inquiry.

In its last sitting days before the election, NSW Parliament acquiesced to a legacy campaign by outgoing Family and Community Services Minister Pru Goward to make radical changes to the Adoption Act and the Children and Young Persons (Care and Protection) Act. The amendments were rushed through with just two weeks’ notice, without consultation of Indigenous stakeholders. The changes came into effect on February 4 and, despite legal and community experts decrying that such changes will herald another Stolen Generation, FACS maintains the concerns are unfounded:

It is unfortunate that the media attention on these amendments has reminded many Aboriginal people and communities of the trauma, grief and loss of past practices.

Nevertheless, there are real reasons (which you can read here) to expect the reforms will institutionalise past practices and even escalate the effects of current arrangements which have seen the number of Aboriginal kids removed from their families double in just a decade.

Aboriginal organisations are calling for repeal, or at least amendments to mitigate harm for Aboriginal families, in the next Parliament. The Greens have committed explicitly to this in their First Nations policy platform, and Labor Shadow Family and Community Services Minister Tania Mihailuk advocated against the reforms in 2018.

Incarceration, policing and deaths in custody

Just this month, two inquests into Aboriginal deaths in custody have been running side by side.

David Dungay, a Dunghutti man, was eating a packet of biscuits when six custodial officers pinned him in a prone position and administered a sedative. Dungay said he couldn’t breathe at least 12 times and subsequently died, but not before an officer replied “If you’re talking, you can breathe”.

After seemingly endless delays (Dungay died in 2015) Leetona Dungay, David’s mother, has asked “for someone to be held accountable” through a referral to prosecutors. There have been no criminal convictions for anyone involved in a death in custody in recent memory and, for Indigenous peoples, the institutional impunity for blak death is chilling.

At the same time there was an inquest into the death of Ms Maher, a Wiradjuri woman. She was held in Maitland lock-up because there were doubts she lived at the address she’d given. The court has heard that she was inadequately monitored — and NSW’s acclaimed Custody Notification Service for Indigenous detainees was not called because she was not formally under arrest. The inquest heard evidence that she could have survived with medical intervention.

Justice reinvestment programs offer promising ways to divert resources and attention away from prisons and policing and into community-driven initiatives. The Maranguka Justice Reinvestment project in Bourke has had massive impact — reducing days spent in custody for adults by 42% in just one year. But further support for other local justice reinvestment work is urgently needed. NSW Labor has committed to running a further three coordinated pilots. The NSW Greens have also proposed a First Nations decarceration framework.

NSW Labor and the Greens have each committed to initiating a treaty process — but it is unclear what the process would entail, who will be invited to the table, and what the state is willing to concede or offer in the Treaty process. This expert panel, hosted by ABC RN’s Speaking Out, presents a nuanced view of where we are and where we could go. What other issues have been overlooked during this election campaign? Write to boss@crikey.com.au to let us know. 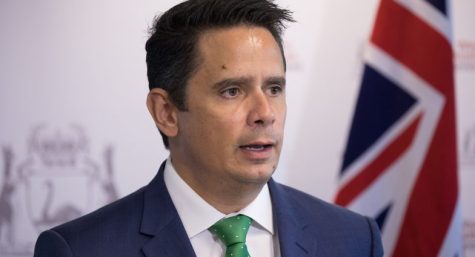 Why are deaths in custody rising? 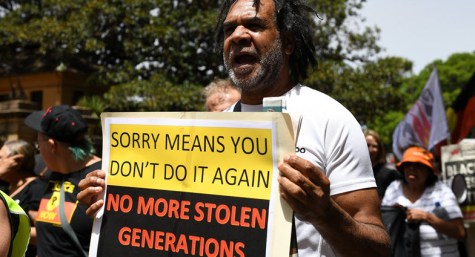 Knock, knock. Whose there? History. History who? History of your country and I’m not going away till you open the door, acknowledge me and put things right!

Thanks Alison for an excellent article. If Labor gets elected it must get going quick smart. For me, the first thing should be to revisit The Statement From The Heart and give this the recognition and action we all need to start to make peace and repair our country. The response of the LNP to this was disgusting and shameful.

If DNA markers were to become widespread there would be a significant number of whitefella/gubba in for a big shock.
After 3 centuries in Zuid Afrika, it was not unknown for an apparently pristine Persil white couple to have a tinted child who would be unable to live in their parents’ area.
Genes may be selfish but also are notoriously unpolitical.