The Coalition is desperate to pretend it hasn't been engaged in race-baiting and Islamophobia for two decades — but it is now deeply embedded in the way its MPs communicate.

Scott Morrison can run but he can’t hide from his record of cynically exploiting race and Islamophobia for political gain, however much his political circumstances now demand he pretend to be some sort of agent of national unity.

The mugging, smirking BBQer-in-Chief is a poor fit for that role anyway, but his own words count against him. He now denies, and his office threatens litigation over, an eight-year-old report on a proposal to exploit Islamophobia. But does he deny attacking Labor for flying detained asylum seekers to the funeral of relatives killed in the December 2010 Christmas Island shipwreck? Does he deny saying “any other Australian who would have wanted to go to the funeral of someone close to them, they would have paid for themselves to get on a plane and go there”? Even his own colleagues chipped him about that.

How about his attempt to exploit the murder of detainee Reza Barati while in Australia’s custody in 2014? Does he deny falsely claiming Barati was killed after he had escaped from the Manus Island facility while engaging in “very violent protests”, instead of being hacked to death while trying to flee to the safety of his accommodation?

Hell, we only need to go back to last November to hear Morrison, as Prime Minister, but before dogwhistling suddenly lost its longstanding political appeal, claiming that Muslims had a “special responsibility” to condemn terrorism. Morrison was rehashing a standard of race-baiting rhetoric, that Muslims don’t condemn terrorism (because, you know, they all secretly support it) — an easily disproven lie, if you can be bothered with facts.

Doubtless Morrison assumed there’d never be a price to pay for his enthusiastic use of such tactics. After all, the Howard government made an artform of demonising asylum seekers and connecting Muslims with terrorism. Who could envisage the circumstances in which, suddenly, Islamophobia and race-baiting would instead be directly linked to terrorist acts of mass murder? Well, in fact, security agencies and terrorism experts envisaged exactly that scenario, warning of the rise of violent right-wing extremism. But the Coalition wasn’t listening. 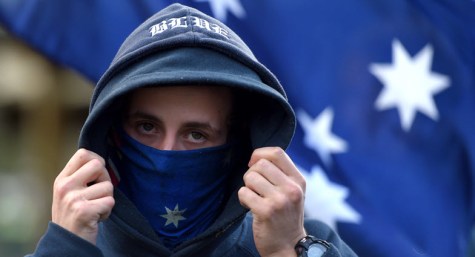 And while Morrison might now be trying to pretend he’s the embodiment of statesmanlike moderation, it’s not clear if his colleagues are even capable of such pretence. These are politicians who have, in terms of their political education, grown up with race-baiting and dogwhistling as standard tools of political communication. They have lived and breathed such tactics for the best part of two decades. How will they be able to stop?

Consider Peter Dutton, whose race-baiting is far less subtle than Morrison’s has been — it was Dutton who peddled the claims of white South African farmers being victimised; declared Lebanese Muslims should never have been allowed into Australia; claimed that asylum seeker rapists, murderers and pedophiles could come to Australia to displace Australians in hospitals under the medivac legislation and offered his own special race-based take on the Melbourne restaurant scene.

Dutton’s response to events in Christchurch this week was to equate Muslim Greens senator Mehreen Faruqi with violent, racist Queensland senator Oswald Mosley (you know who I mean, I won’t use his name).

Last night Liberal senator Linda Reynolds — evidently promoted to cabinet for her strength in trainwreck interviews — tried to link the Bali bombings with asylum seekers brought to Australia under the medivac legislation — a step even Dutton and others like Christian Porter and Michael McCormack hadn’t made.

Even when they know it no longer serves their interests, Coalition MPs are so used to speaking in the language of race and of using the tropes of Islamophobia that they can’t stop. There’s no point to Scott Morrison’s office trying to shut down coverage of what he’s said in the past when his colleagues reflexively keep saying what they been saying for two decades.

Cornall report does no one — and not Morrison — any credit 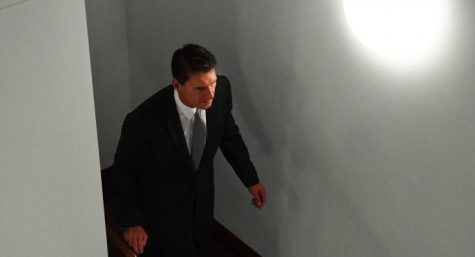 What vile people. Hope they get voted out so solidly that they don’t get a sniff of power again for decades.

I don’t expect it to ever stop , it will tone down a bit for a few days maybe even weeks but it works too well to stop.

Didn’t you hear, the new enemy of the fair dinkum aussie bloke, is those uppity women trying to get ahead in the queue to promotions over their betters, and then there’s those snotty nosed brats who think the future belongs to them.

It’s in their DNA to find some group to marginalise as being insufficiently fair dinkum.

Yes. Irony that hard right opposition to marriage equality get thousand of young voters enrolled to whack these idiots for their stupid rhetoric

Appeals to xenophobia have got the LNP over the line in the past so they’ll continue with this toxic tactic until such time as it clearly fails.
It’s worked here and elsewhere for centuries and it’s far more effective in delivering critical swinging votes than any other approach, I’d expect it to continue.

Morrison is the type of adman-cum-politician who’ll promise you the world – and give you the pox.

And they do it because you and your colleagues are willing to look the other way and still treat Coalition ministers and governments as good and reasonable actors whenever the story isn’t specifically about their race baiting. As soon as it’s an economic article again, it’s back to taking Coalition ministers at their word and not talking about their past lies, race baiting etc. Clean slates for everybody after the obligatory slap over race-baiting has been issued!

You have Morrison up there complaining about tribalism when he has dozens of examples this year alone where he has just abused Labor in extreme terms, apropros of nothing else except for telling his tribe that everything the Labor tribe has ever touched is horrible and must be destroyed.

You have Linda Reynolds, fresh from telling the world something was horrible when she thought Shorten had said it and then it was amazing after being told Cormann said it, going on Q&A and mudlding on with more stop the boats, stop Muslims, isn’t Labor horrible bullshit. Shouldn’t Morrison have to fire her for tribalism on top of being a complete incompetent who already has zero credibility as a minister? But eh, holding her accountable is too hard, just like Stuart Robert is a minister again because holding him accountable is too hard too. Much easier for the media to just move on to the next story.

Stuart Robert is in the same weird church as Morrison.

I think it’s time Dutton, Morrison, Hastie, Abbott and all the rest of them stopped conflating progressive left-wing views with Islamic terrorists.
The Christchurch murderer is a self-confessed right winger and so are the people who murdered the French victims at Bataclan theatre and Charlie Hebdo. Terrorists, regardless of colour, race, ethnicity, nationality or religion all share similar world views about the rectitude of their ideas and the threat posed by “the other”.
Left-wing progressives might be the opponents of Morrison and co, but they are not the enemy and pose no existential threat. The violence comes from the right wing, be it white supremacists, Hindu chauvinists and Islamists. Perhaps the one thing they seem all to have in common is their gender.

Posted this comment before I read Rundle’s piece further down in today’s issue. Nice to see Rundle and I are of the same mind.