New Zealand must defend its open society against hate

There have been signs of the mainstreaming of hatred in New Zealand for months.

The terrorist attack in Christchurch was the byproduct of an orchestrated worldwide campaign against the open society — and Islam’s place within it — which has manifest itself in every Western democracy. Including, now, New Zealand.

Many of the victims would have sought out this country as a safe haven against troubles in their homelands and rising nationalism in Europe and America, only to find the poison had spread to the doorsteps of two of the world’s most far-flung mosques. Kiwis are reeling from the collective shock of believing they were living in a peaceful country with egalitarian values and an acceptance of difference, only to wake up to an opposing reality. We have terrorism. We have a gun lobby too. Our isolation doesn’t protect us.

The minority that was tolerated, if not completely accepted or fully understood, has been brutally attacked by an ideology that hides in plain sight.

“This morning I woke up and I felt a little ashamed. I felt we need to say sorry to these people. On behalf of those who have lost their humanity. We can’t take responsibility. But we have to ask the Muslim community for their forgiveness,” Philippa, who had gone to the cordon to lay flowers from her garden, told TVNZ.

But there were signs last year of the mainstreaming of hatred, in the visit of Canadian alt-right speakers Lauren Southern and Stefan Molyneux. For anyone not engaging in the “culture wars” their sudden appearance would have been curious. Slick, media operators, they are well practiced in taking their audience right up to the line of acceptable speech and letting prejudice or other online material do the rest.

Nevertheless, the pair were supported by eminent citizens — former politicians, academics, lobbyists and commentators — who believe in a classical version of free speech where equals match each other in debate with a more refined understanding of an issue emerging from the contest. An approach is denuded of context that any group in society is any more vulnerable than any other.

The Mayor of Auckland denied them a publicly-funded venue and protests against their talk saw it cancelled.

“In a way it doesn’t matter,” Southern told TV3 when asked whether trolling Twitter in front of a Māori carving was offensive.

“People have come and they want to hear us speak, even if we were being intentionally disrespectful, which we were not. We should have a right to, in a free country. If NZ respects different opinions, if you respect true diversity of different opinions, as you say, is such a wonderful thing, it should be no problem we bring in our opinions that you find offensive.”

While journalists were eager to do battle with them, few were adequately prepared to marshal a compelling argument for an open society — especially at a time when governments are withdrawing from the responsibility of adequately providing for their populations through social services, preferring market-led solutions. For evidence of this one only need look to Christchurch where this tragedy occurred. Even though there are promising signs of revitalisation in the Garden City, the rebuild is still incomplete more than eight years after it was decimated by major earthquakes.

In New Zealand, while we understand migration in terms of a welcoming, benevolent society accepting a grateful migrant so they can pursue “a better life”, more recently it has been used chiefly as an economic stimulus. This development has come without a corresponding investment in infrastructure, housing, institutions or education that would refine our ideas of nationhood to include those whose views may be contradictory to our “values”.

We haven’t been honest with ourselves about these economic motivations for increasing immigration, instead linking the changing demographics of our population to the erosion of a previous standard of nationhood. No matter how clever politicians are in discussing it, whole groups get marginalised in these conversations.

At our most recent election, immigrants were implicated in a staggering array of social problems — from Auckland’s traffic congestion to the country’s high youth suicide rate. It was an astounding, ultimately unsustainable adoption of the Brexit/Trump agenda, in a place that is entirely dependent on imported skills and labour to keep vital industries and services going.

While none of these developments made Friday’s attack inevitable, it is a fertile climate for the white nationalist agenda — emboldening one to go overground after long and careful planning in front of an online audience of like-minded individuals with catastrophic consequences.

Ali Ikram is a writer and former television journalist from a Pakistani-English family who was born in Christchurch. You can follow him on Twitter here. 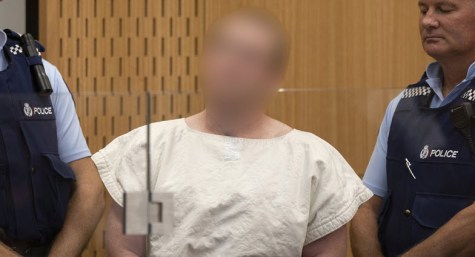 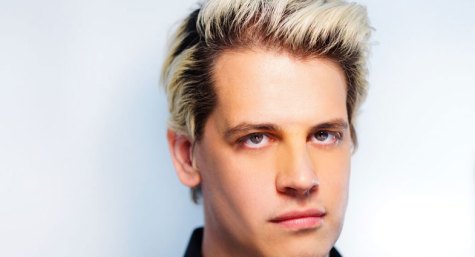 Most of this article was cut’n’paste cliches and misdirection – what have Brexit & Trump in common that is relevant to this massacre?
Why would anyone “… refine our ideas of nationhood to include those whose views may be contradictory to our “values”“?
Especially as those ‘views’ were probably the cause of “…troubles in their homelands“.