Foxtel needs to find a way to replace departing subscribers, as costs mount and revenues fall.

After a weak first season of cricketing broadcast rights and struggling to improve its profitability, Foxtel will be hoping for better results during footy season. The NRL has just kicked off and the AFL follows next week.

The question is whether the pay TV monopoly, majority-owned by News Corp, can handle both football codes and the cricket while it’s also introducing additional streaming services into an increasingly crowded market. Meanwhile, Foxtel is restructuring to lower costs, improve profitability and cut its biggest problem: subscriber and advertiser churn.

This and Kayo differ from Foxtel Now and Foxtel broadcast products because they don’t require the expensive base pay-TV product, which then has add-ons (such as sports packages and drama packages). Foxtel was heavily criticised in 2017 when its services crashed due to “unprecedented demand” for the season premiere of Game of Thrones, which viewers had to sign up to either Foxtel Now or the broadcast service to watch legally in Australia.

Subscriber growth has been marginal at best. The figure of 2.9 million for homes, businesses, and streaming services is not much better than a similar number claimed in 2016. At February 5 this year, Kayo had 115,000 subscribers, one day after a one-off special price ended ($5 subscription fee for one month). There has been no word how many of those subscribers stayed this month and were converted to full paying subscribers ($25 a month). There was also no end-of-year figure for Kayo, unlike the other subscriber figures.

The big task for Foxtel is to convert those cheap-deal subscribers to full paying customers, and then up-sell them to more services. At the same time, Foxtel will have to try and stop existing subscribers downsizing their deals — taking Foxtel Now, Kayo and/or the new drama service instead of the full service offering, which includes Fox Sports, Sky News and all the entertainment and lifestyle channels.

The network is investing millions of dollars in new technology, more staff and new people at the top to try to do that. It has made radical changes to its marketing arm. In the past two weeks, it’s appointed John Casey to the new position of group director of marketing, just days after head of sports marketing Adam Ballesty left after six months in the job, and long-time general manager of advertising sales and brand partnerships Andrew Mulready also stepped down. 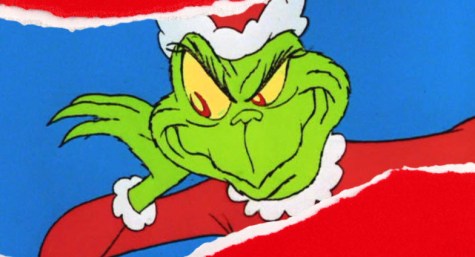 The churn at Foxtel of 15.6% in the December quarter (up from 14.5% a year earlier) means it has to replace subscribers at an annual rate of about 390,000, if you’re taking the 2.4 million broadcast and commercial subscribers as a base. If that base is total subscribers across all platforms (2.9 million) the replacement number is more than 450,000.

Based on Foxtel’s average revenue per user (ARPU, the most important metric in pay TV) of $78 for the December quarter, that’s a total loss of revenue of $300-350 million a year. Those losses have to be staunched and the departing subscribers replaced. Foxtel has tried all sorts of deals and services to halt this, and has only managed to keep subscriber numbers roughly steady over the last three or so years.

The churn figure is a cause of major concern to News Corp. It is leading to falling revenues (through falling ARPU, down 3% in the quarter) as subscribers move to cheaper deals or the streaming services. An 11.5% rise in average per month subscriber fees last October didn’t help, as thousands of people dropped Foxtel and had to be replaced as a result. Meanwhile, News Corp’s total investment in Foxtel this year will be US$300 million (more than A$420 million), with much of that being spent on new equipment, staff and services.

Of all the managerial changes Foxtel has announced this year, the most important was a role shift for Jane Eastgate, chief data and analytics officer. She will now also be working on customer insights and analytics in Foxtel’s advertising and marketing arm, the Multi Channel Network. In other words, she is overseeing the improvement in Foxtel’s customer retention and churn to stop the slide in ARPU.

Will it be enough to ease churn? We’ll have to wait and see.

With Kayo being a relatively affordable option compared to Foxtel sport package i expect the churn to massively increase when the AFL season commences. Who really cares about the other Fox channels when you can stream endless free channels and if you want movies, just pay around $10 month.

Over the years, various reports defined Foxtel household reach at 25% to 30%. Crikey’s report has them at 2.4Million subscribers.

So, Foxtel after all these years of marketing, has still only won around 25% of households.

This is one of Australia’s most ongoing and miserable marketing failures. Mainstream Oz media never seems to conclude its reports by defining Foxtel’s failure. Crikey comes the closest, but it really should be called out for what it is.

Historically and currently, it continues to bleed Murdoch’s money, and fails to build its subscriber base.

I joined Foxtel in 1997 after living in the US for a few years and cable being essential there at that time. I only canceled my Foxtel service last year after 21 years with them as a gold subscriber for most of that time. In the last 12 months with them I went to cancel twice – only to back down after they offered me substantial discounts and extras. Four months ago when I cancelled completely they continued to try to offer me additional discounts and benefits. They are extremely focused on reducing churn. But I suspect it is way to late as consumers resent being gouged by them for so long.

We turned on Foxtel once to see what it was like, and were so appalled by the compression artifacts in the video that we turned it off, disconnected the box, and have never switched it on since. I’m pretty sure Foxtel is still using the ancient video encoders they bought more than a decade ago. In an age of HD Netflix and HD YouTube it’s an unbelievably crappy experience.

But we’re still counted as a “subscriber.”