2018 was a year of extreme weather events world-wide — and as the fourth hottest year on record how does climate change fit into the picture?

According to the Bureau of Meteorology, 2018 was the fourth warmest year since global records began in 1880.

So while a straight line can be drawn from 2018’s mean surface temperature to increases in carbon emissions, what does all this mean for everything on that surface? What was 2018 like for climate extremes and how exactly did climate change influence natural variability?

For Australia it should go without saying that the fourth hottest year on record offered up both more intense and frequent heatwaves relative to that 1961–1990 average.

In terms of real-world impact, 2018 saw extreme heatwaves in far north Queensland that killed roughly a third of all spectacled flying foxes in Australia, droughts across NSW and much of eastern Australia, the first of many fish kills in the Menindee Lakes, and multiple month-long bushfires in Tasmania.

Dry conditions in eastern states meant Australia also recorded its lowest September rainfall on record, and second-lowest for any month, while cyclones Owen and Kevin respectively smashed rainfall records in parts of the tropical north and WA’s Kimberley region.

Finally, while there was nothing like the 2016 and 2017 coral bleaching events (which together killed roughly half the Great Barrier Reef and cumulatively meant no real chance of recovery), the second consecutive marine heatwave in the Tasman Sea further disrupted marine ecosystems such as kelp habitats, jellyfish invasions and fisheries season changes.

As terrible as 2018 was for Australia, Climate Extremes Research Fellow at the University of Melbourne Dr Andrew King believes the standout weather extremes of 2018 could be found a little further north.

“We saw temperature records being broken in places quite far apart across the northern hemisphere,” says King. He cites a global heatwave that broke records in Japan, Canada, Europe, the Arctic and Africa (where Algeria recorded the continent’s hottest ever day at 51.3°C on July 5th). “[There was] really widespread heat occurring at slightly different times between North America and Europe and Asia, but really extreme hot temperatures that were unprecedented before last year.”

Summer also meant extreme droughts in northern and western Europe, devastating bushfires in Greece, western Canada and California, floods in southwest India and Japan, and hurricanes throughout the US.

For King, the next top event came on the opposite side of the spectrum: what people across Great Britain, Ireland and most of Northern Europe called “the beast from the east”. While not unprecedented in the way the heatwaves were, King says the extreme cold event is associated with “a sudden stratospheric warming event” where temperatures in the high Arctic increased between 10 to 20°C above normal (if still generally below freezing).

Finally, for a silver lining, historic droughts eased across east Africa and in the Cape Province of South Africa; although, for Kenya, even this came in the form of flash flooding.

Where we go from here

Although last year’s event shouldn’t be taken in isolation, 2018 was further proof of what the new normal looks like.

Even without help from El Niño, which we narrowly dodged in the second half of the year, Australia just experienced our hottest ever summer (2018/19) on the back of a mean annual temperature of 1.14°C above average, making 2018 our third hottest year since BoM began its records.

But in terms of climate attribution, heat extremes (including coral bleaching) remain the easiest events to link to increased levels of increased greenhouse gasses. Even operating alongside factors like humidity, evaporation, rainfall and wind, higher temperatures in turn exacerbate droughts and bushfires.

For the future of climate attribution, King stresses a need to identify the role global warming plays in arctic displacement (which he says is something of a sticking point for climate scientists), and rainfall events including high-impact flash flooding events that have increased in frequency but remain further complicated by localised variabilities.

But while surface temperatures ebb and flow in relation to natural variables, notably, heat trapped in oceans and the atmosphere from human-induced climate change has meant the Earth as a whole has warmed 1.1°C since pre-industrial levels (1850–1900). As last year’s IPCC report demonstrated, we’re now set to hit 1.5°C and, without drastic emissions cuts over the next 12 years that figure rises to 2°C.

“Many of these record-breaking heat events from the last decade have been attributed to climate change, and we know that the projections for what we’re forecasting in the future do indicate that we will have more extreme heat, more severe bushfire weather, more time spent in drought,” BoM climatologist Skie Tobin says. “And, when we are in drought, we’re also likely [to] see more extreme temperatures during that period.” 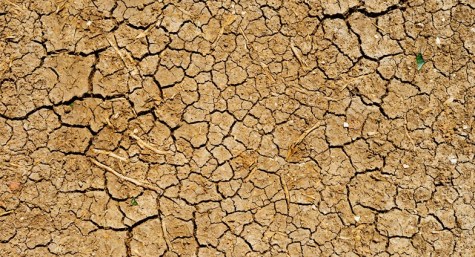 Madre MIAH, it’s no heatwave, just getting hot in here

“Without drastic emissions cuts” is understating what must be done. While there are any emissions whatsoever, the equilibrium temperature will continue to rise. That 2° mark is only a milestone, to be glimpsed briefly as we zoom past it into a hell of our own making.

Scott Morrison has yet to announce a polling date. Perhaps he is about to spring a nasty surprise on the electorate?

Attribution analyses can now detect the climate change finger print. We can now calculate the increased likelihood that specific extreme events are due to anthropogenic forcings, that is, our continually escalating rate of greenhouse gas emissions. Although the complex dynamics of our chaotic weather system mean the size and path of a storm or heavy rainfall event has a large element of chance, thermodynamic effects are a good basis for attribution studies.

So, human influence at least doubled the chances of 2015 UK drought according to the first formal event attribution study, which also made the ominous forecast that severe heatwaves could become commonplace by the 2040s. Likewise there is at least a 2.5 times increase in the odds that Australian extreme heat events are due to human influences to 2005, and a fivefold increase in this risk using simulations for 2006–2020.

United Nations’ High Commissioner for Refugees expects the global scale of climate displacement to be caused by climate change to dwarf today’s levels of human displacement – levels already higher than at any time since the end of the Second World War.

Damaging climate change has two influences on the refugee movement from the Middle East to Europe – firstly, it will have increased it, secondly, substantially greater investment (something the West has rarely provided to the Third World) will be required to give them something worth going back to.