The Reserve Bank has confirmed that banks, business and investors must think about the economic impacts of climate change — and that is what it is doing in its monetary policy decisions.

Deputy Reserve Bank governor Guy Debelle’s speech on climate change last night generated some stark headlines. But it’s worth focusing on what exactly he said, which was less pointed, but perhaps more important in the long term, than some media reports suggested (especially those that portrayed it as some sort of call to arms).

Debelle was actually discussing what climate change means for monetary policy, and how it demands a different approach to thinking about the relationship between monetary policy settings and the economy. His first point was that, traditionally, climate is regarded as a cyclical force in the economy — there’s a cyclone, or a flood, and it has economic impacts, but then the bananas grow again, or the ports re-open, and things return to normal; “output returns to its former level,” as Debelle said.

Climate change, however, means that individual events become more frequent and more severe, and that climate events are increasingly a trend within the economy, not a cycle. Thus, “the supply shock” of extreme climate events “is no longer temporary but close to permanent. That situation is more challenging to assess and respond to.”

That’s partly because the general “equilibrium analysis” traditionally used by policymakers is less useful when the focus is on the transition occurring as a result of climate change, rather than the future equilibrium that the economy will eventually arrive at (and, one might add, it may never arrive at equilibrium if we don’t halt climate change). There may also be, Debelle notes, fewer opportunities for the kinds of trade-offs and compensations that are used in other economic transitions, such as trade liberalisation, to address those who end up poorer in net terms as a result.

Debelle also argues that climate change and the policy response to it — the Reserve Bank must assess both of those in its analysis for making monetary policy decisions — raise financial stability issues:

[I]nsurers may face large, unanticipated payouts because of climate change-related property damage and business losses. In some cases businesses and households could lose access to insurance. Companies that generate significant pollution might face reputational damage or legal liability from their activities, and changes to regulation could cause previously valuable assets to become uneconomic. All of these consequences could precipitate sharp adjustments in asset prices, which would have consequences for financial stability.

There’s also a lack of data around the impacts of climate change and what it means for scenario modelling — one of the reasons the RBA last year joined the Network for Greening the Financial System, composed of the key European and Asian central banks.

Debelle’s speech — especially the part about financial stability impacts — explicitly builds on one by Geoff Summerhayes of APRA two years ago, when he warned APRA-regulated entities that climate risks were not some far-off non-financial threats but “foreseeable, material and actionable now” that meant “if entities’ internal risk management processes are not starting to include climate risk as something that has to be considered — even if risks are ultimately judged to be minimal or manageable — that seems a pretty reasonable indicator there might be something wrong with the process”. Last year came a clear warning from ASIC that company boards must start assessing and discussing climate risks with shareholders or fall foul of disclosure laws.

Debelle’s speech completes the trifecta of Australia’s major financial regulators identifying climate change as an issue that must be embedded in disclosure, risk management and assessments of both monetary policy and financial stability. All while a climate denialist government has been in power in Canberra, refusing to have any coherent policy on either energy or emissions abatement.

It might not have been the dire warning journalists portrayed it as, but Debelle’s speech reflects the growing centrality of climate change and its associated risks for the economy and the need for decision-makers in business and in key regulatory institutions to respond to it, regardless of the frothings of denialists in government and the media. 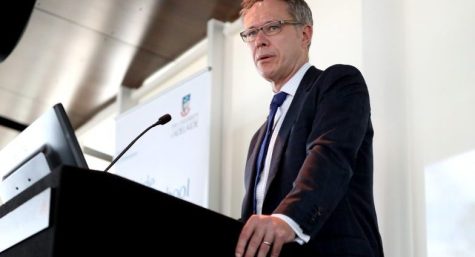 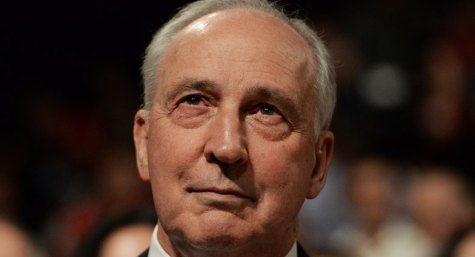 Abbott and Harper renew a blinkered coalition of denialism

What he did say might have been unremarkable and sensible, but you have the kneer-jerk response of the coal-baron:

In this he says:
“wind and solar cannot support an electricity supply system’s voltage and frequency”.
(an outright lie) after bagging the Deputy Governor for not understanding electricity.
Nothing will stop these liars from trying the old Goebbels trick.

Perhaps there should be a section called “Resilience” in every business plan, every annual report, to review how the business would respond to this or that disaster. Proaction, especially when the neighbours are in trouble, deserves some forethought. The increasing rate of disaster challenges us to be brave.

The first thing that must happen is that we stop talking about climate change and energy policy in the same breath – energy is only one of many critical areas that need a well thought out policy to address the impacts of climate! The Climate Change and Energy Theme was a construct to appease shallow thinking conservative politicians, who need to stop looking to their constitutes (most suffer from a huge barrier of distance disadvantage) for leadership on climate policy and develop quality policy in the nations best interest and be fairfinkum with their constituents demonstrating leadership and communicating skills to inform and educate them!!

Would have liked the RBA to wade into the debate around the fact that mitigation costs addressed now will look cheap as chips compared to trying to do it all in 2049.

Exactly. Most environment-vs-the-economy debates are really long-term-vs-short-term debates, or do we pay now or leave our kids and grandkids pay even more.

And what sort of bastard is it who steals from his children and grand-children?

When it was a question of the survival of the planet & the human species they didn’t accord Climate Change any attention but now that money is involved suddenly The Suits are interested.

Perhaps some things are more important than planet habitability?