While federal Labor, the federal Liberals, the NSW Liberals and even the NSW Nationals have ruled out supporting coal-fired power stations, NSW Labor has different ideas, if its preference decisions are anything to go by.

While the party recently announced an ambition to move NSW to 100% renewables by 2050 — that’s eight elections away, for those counting — its cynical election tactics for the election on Saturday week may actually lead to new coal-fired capacity being built in the state.

NSW Labor is preferencing the far-right Shooters, Fishers and Farmers Party ahead of the NSW Nationals in the seats of Upper Hunter, Murray and Barwon. With polling at 50:50 for the major parties, the strong possibility of a minority government and the NSW Nationals struggling in regional and rural seats, there’s a good chance Labor preferences will deliver the Shooters three seats, up from their current one — and the balance of power in the Legislative Assembly as Labor and the Coalition fail to get enough seats to govern.

Premier Gladys Berejiklian has ruled out either a preference deal with the Shooters, or accepting their support to form government. Whether that holds if the Coalition loses majority status in the lower house remains to be seen, though Berejiklian says her antipathy toward the Shooters is because they “want to give guns to 10-year-olds”, which will make it a little harder to backflip post-election.

The Shooters do indeed want to loosen firearms laws, reduce oversight of purchases by gunowners, provide taxpayer handouts to shooters and impose shooting as part of the curriculum in all public schools. But of more immediate relevance given the current leadership shenanigans inside the federal Nationals is their stance on coal-fired power. Unlike the NSW Nationals, the Shooters support “the immediate construction of a new HELE power plant in the Hunter Valley utilising the modern technology to ensure the highest standards of efficiency”.

A minority Coalition or Labor government — unlike Berejiklian, Daley has not ruled out governing with the support of the Shooters — would be ideal for the Shooters to get their way and waste taxpayer money on costly new coal-fired plants to support the additional coal mines the Shooters want developed as well.

Labor has long boasted of its refusal to do deals with One Nation. While the Shooters lack the racism and literal apartheid policies of One Nation, its US-style gun obsession and support for wasting taxpayer money on coal-fired power should have sent it to the bottom of Labor’s preference list along with the Hanson, Latham and co. 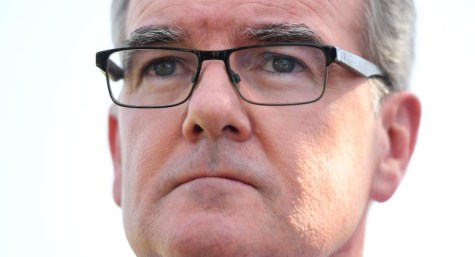 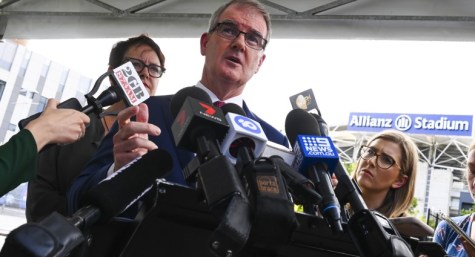 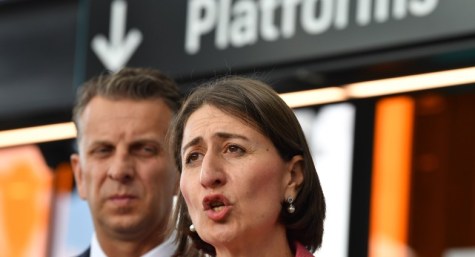 Who are the papers backing in this week’s ‘knife-edge’ NSW election?

Last night I went to a local meet the candidates forum at the Kangaroos club in Queanbeyan and there was no mention about preference flows between either Country Labor or the Shooters party and no mention of building new coal fired power stations as a strategy to deal with power shortages (apart from John Barilaro mentioning that NSW Nationals are against any new coal fired power stations and no-one would fund one if they were approved). I would have loved to have asked the question of both candidates.

Um, the Nationals are literally in the news at the moment over their support for coal.

You are hitting Labor for preferencing one coal-loving gun-loving party ahead of another.

We have a preferential system of voting. You can’t put everyone equal last.

This article is a genuine hatchet job from Berejiklian’s cheerleader Keane. What a disgrace.

I think it is worth adding to this- on guns, when the row came in over the Adler shotgun and pushes to relax Australia’s gun laws and to classify the Adler more leniently, the Nationals were in the vanguard including Nationals from NSW.

What’s the difference between the Nats and the Shooters, exactly?

Yep and Mr Keane is effectively cheering on the Nats while condemning Labor. Pretty blatant bias is it not?

Yep….and the Nationals perenially put the ALP last in their preferences around the country (with a couple of notable exceptions), so I suspect it’s just a bit of payback. There’s not much difference between tweedledum and tweedledumber really.

I mean, are the Liberals putting the Shooters and the Nationals last behind Labor?

To say that preferencing the Shooters ahead of the Nats means “backing King Coal” is a grotesquery worthy of The Australian.

So BK is basically saying that Labor should direct it’s preferences to reelect the LNP govt, … rather than cut a deal with the deplorable right and the zombie left in a roll of the dice to see if they can snatch victory from the jaws of defeat. Maybe, Daley is actually showing he has the ticker to win.

A misleading headline, Bernard, although possibly not your fault being at the mercy of editors.