Crikey readers responded yesterday to the brawls currently taking place at Nationals HQ, which ostensibly started over energy policy (including the coal/nuclear debate), but which Bernard Keane says is little more than a tool for leadership squabbles. As readers pointed out, Barnaby Joyce is getting a little ahead of himself by trying to reintegrate as Australia’s “elected deputy PM”. Meanwhile, readers dug into George Brandis’ UK misstep, the NSW government’s wheeling and dealing, and the statistics on the campus assault/deplatforming debate.

On the Nationals’ energy brawls

Wayne Cusik writes: Apart from the inconvenient fact that the deputy PM is elected by parliament, not the voters. Barnaby Joyce should recall that he wasn’t elected legitimately. The High Court did so hold.

Andrew Riley writes: There’s a perfectly functioning thermonuclear reactor already safely positioned 150ish million km from here. We should make more use of it. You could fill a book with the list of cancelled nuclear reactor projects around the world, and bankrupted nuclear power station manufacturers. I don’t believe that is going to be any part of the ultimate structure of Australian power generation.

Denise Marcos writes: While not wishing to diminish the kudos owed to High Commissioner George Brandis QC for the boast of “a friendly relationship with Theresa May”, I knew the original Humphrey B. Bear and was also chummy with Fat Cat.

Venise Alstergren writes: There’s one thing that upper class English people despise and it’s whinging. Hopefully Brandis has shot himself in both feet.

On the NSW government’s deal making

Colin Skene writes: One thing that irks me no end is when Gladys talks about having the economy in the black and that NSW “can have it all”, I wonder how much the coffers have been boosted by legislating any public sector wage increases be capped at 2.5%. They made it law. For that alone, they need to be booted.

On the issue of campus sexual assaults

Colin Mathers writes: The article quoted a student representative saying that the statistic quoted by Bettina Arndt — that 0.8% of students had experienced sexual assault in the last year — was “not holding to the principle of truth”. I’ve worked in the field of population statistics all my professional life, and it is standard practice to convert measures of the incidence of events over multiyear periods to single year. For lengthy periods, you can argue about whether time trends are an issue but saying 1.6% reported assaults on campus over a two year period represents 0.8% assaulted per year is a presentational issue not an issue of misrepresentation of truth. If anything, given that some women may have been assaulted in both years, it is an upper bound. And since the issue is whether there is a campus rape crisis, it is the relevant statistic. 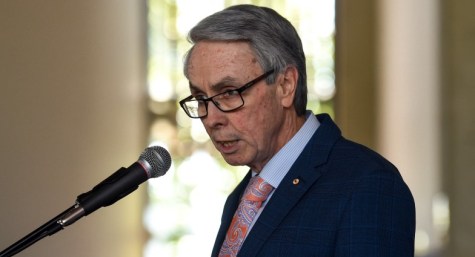 The DPM is not elected by Parliament but by the gNat party deciding on its leader who then, because of the still secret agreement between the gNats & COALition, slides into the position.