We asked young Australians across the political spectrum for their views.

Where is Australia’s Alexandria Ocasio-Cortez? This was the question raised by former race discrimination commissioner Tim Soutphommasane earlier this year, after Ocasio-Cortez, the archetypal millennial was sworn in as the youngest ever US congresswoman.

Since wrestling the Democratic primary from a 10-term incumbent in June last year, 29-year-old Ocasio-Cortez has grabbed headlines for publicly denouncing the rise of white nationalism and neoliberalism under Donald Trump; helping kill more than $3 billion in New York tax breaks for Amazon; launching the Democrats’ radical (now de facto) climate policy; and stylishly shaking off attempts to shame her.

While Australia has seen a similar rise in inequality, public white nationalism, and mean temperatures, Soutphommasane argued that millennials have a tough time getting real power to combat any of it. Australia’s preselection conventions and party politics, he argued, mean millennials are either barred from positions of power or enter parliament “already compromised, rather than armed with conviction”.

We asked young Australians across the political spectrum for their views. Is there any reason why Australian politics couldn’t produce an AOC? Do millennials really have it tougher than their predecessors?

At the latest federal election, The Guardian found just seven people under 35, or 3.1% of 226 politicians, were represented in the 45th Parliament, a figure that’s effectively stayed the same since. This is especially alarming when you consider how broad younger demographic trends clash with the status quo.

The 2018 Lowy poll, for example, showed young Australians were more inclined to support immigration; don’t put as much stock in our democracy as older generations; and, for fairly obvious reasons, are demanding action on climate change. A 2018 Centre for Independent Studies-commissioned YouGov poll also found socialism in vogue with roughly 58% of millennials, a popularity reflected in 2016 UK and US polls. The 2017 marriage equality survey not only drew a high Yes vote from young Australians, but roughly 90,000 new voters too.

These are not ideals automatically shared by all young people, although some of the intergenerational trends can be found across young Australian politicians on either end of the political spectrum.

Speaking on condition of anonymity, a member of the Young Nationals told Crikey they had received push-back from older colleagues on two more widely accepted issues amongst young people: marriage equality and climate change. However they point to a successful LNP motion, originating from their branch to the state level, calling for young, sick people to be removed from aged care homes to specific palliative care services as a highlight of their experience with the party.

“Being a young person, you do get discounted just by virtue of your age,” they told Crikey. “Looking back at anything around climate issues or gay marriage or any of that stuff, you would have older people in the party say to you ‘oh that’s just a trend, in 50 years no one’s going to think like that’.”

Full AOC-style millennials — who share similar policies and public profile — are harder to find. Though he hasn’t obtained her international (or even national) fame, 30-year-old Greens Councillor Jonathan Sri has demonstrated a similar political trajectory. A Brisbane slam poet, saxophonist and law grad of Tamil heritage, Sri first ran for the Greens at the 2015 state election and — receiving a swing of 3.8% after campaigning heavily on social justice issues — went on to become Queensland’s first ever Greens city councillor in 2016.

Throughout this process, Sri argues that his stronger anti-politics narrative has helped grow the relatively young branch of the party into something more radical and more willing than state and federal counterparts to “actively critique neoliberal capitalism and call for major changes to social services and corporate taxation”.

While Sri has received complaints from fellow councillors and members of the public, he believes stunts over homelessness (including trespassing on empty government-owned houses), housing rights (publicly shaming real estate agents) and cycling rights (a “die-in”) have earned him a private “grudging acknowledgement that I’m effective”.

“[Fellow councillors] recognise that by being quite outspoken and radical, both in terms of my policy demand and my tactics, I’m actually materially shifting the tone of conversation and having a bit of an impact on political discourse,” Sri told Crikey.

For what would otherwise be the go-to party for young radicals, the Greens had a shocking public lead-up to last year’s Victorian state election. Most of their controversies were entirely deserved, with two exceptions.

First: upper house candidate Joanna Nilson resigned after The Herald Sun filled its front page with jokes she’d made in a Facebook group in 2015 about shoplifting and recreational drug use. Weeks later, a Greens staffer resigned from Lidia Thorpe’s office (and put themselves on suicide watch) after a “shit sheet” of Twitter jokes going all the way back to 2012 was shopped around by a Labor diehard to media outlets, and also put on The Herald Sun’s front page.

Nilson is still recovering from the Ronson-esque public shaming. And while she declines to mention whether she faced any internal pressure over her decision to step down, she has since written about the need for people with varied lived experiences to take part in policy-making decisions and describes The Herald Sun front page as “the worst kind of sensationalist, ‘gotcha’ journalism”. 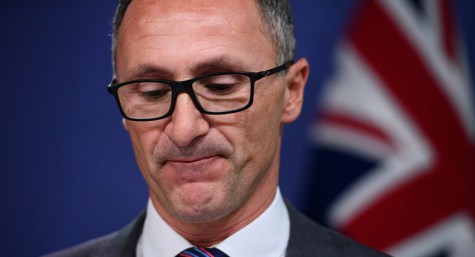 “Of course I assessed my online presence as a prerequisite to becoming a [down-ballot] candidate,” Nilson tells Crikey. “However, we can scrub the online histories of our candidates as much as we like, but this is going to continue to be a cross-party problem as younger people enter public service. The thought that someone would dig up posts from a private, defunct women’s group from a number of years ago didn’t even cross my mind.”

Similarly, while many of those 2012 jokes were absolutely crass, by reporting the tweets verbatim — “Pretty fucked how Muslims want to ban my favourite hobby, greasing myself up in pig fat and oinking like a grunter at the traffic lights” — along with descriptions that the tweets “glorify public sex acts”, The Herald Sun failed to fully convey that being satirical on Twitter means operating under 12 levels of irony.

“The Nationals are a fundamentally democratic party, unlike our Liberal colleagues who sort of try to do a lot more vetting,” the anonymous Young National says. “We don’t have someone at headquarters, trying to stalk social media profiles, judging them based on who they are. That can both be an advantage or a disadvantage, and last year that obviously worked against us.”

None of this is to say neither Nilson or nor the Greens staffer were entirely blameless. But the outrage over old, misrepresented or irrelevant posts does point to a growing insecurity around young politicians in the age of social media, not helped by an often disparate sense of outrage from Australia’s concentrated and largely conservative news cycle. Sure, AOC might be constantly attacked by Fox News, but it would be difficult to imagine her 2015 tweets making the front page of The New York Times.

For the Greens, Sri believes it’s a tension his party should not only accept, but embrace going forward. “I don’t think Joanna should have quit or stepped down … If we want to run ordinary human beings who aren’t careerist politicians, then we have to accept that they’re going to have the occasional foible and slip-up … We should be proud of that rather than trying to hide it.”

This is the first of two pieces on millennials in Australian politics. Next: how do we open up politics for young people? Meanwhile, let us know what you think. Send your thoughts to boss@crikey.com.au. 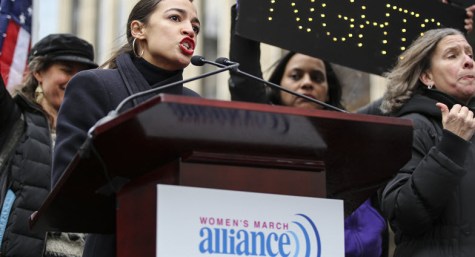 How Australia can produce its own Alexandria Ocasio-Cortez 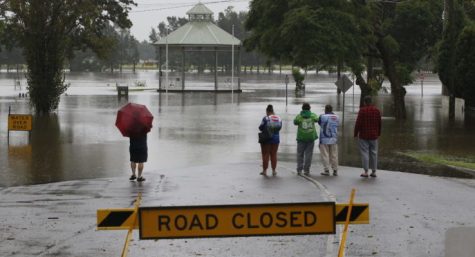 Tamils vote for independence — and will vote against Labor

Why no AOC you ask ? That is all Australia needs a 29 year old with a mouth in top gear and brain in neutral.

Agreed. One Christopher Pyne is quite enough for my lifetime.

Fair go Desmond. They could NOT be worse than this current crop. My 21 year old son and all his male and female friends would shame this lot, and most commentators on here, and me. They haven’t had the crap beaten out of them with decades of appalling government and actually want to do something.

Seriously, the sooner they get power the better off we will all be.

Australian politics has no shortage of 39,49,59,69 and so on year olds with mouths in top gear and brains in neutral ,don’t be so ageist you old fart !

Not one of any age – take your pick, starting with Mr Shouty.

If you’re looking for the real deal, check out the ALP’s Shireen Morris, who is helping the locals to say ‘so long’ to Michael Sukkar here in Deakin. Born in 1981.
Full disclosure, I’m a huge fan.

The generational political demographics just need to catch up. Most young people now start and live their lives in a previously unimaginably public way where their digital profiles will haunt them for the rest of their lives. It will be everyone’s baggage soon enough. But fear of reprisals for dumb posts aside, we haven’t been able to produce a Bernie Sanders among our old white male ranks let alone an Ocasio-Cortez. We have a problem with radical thought, not age. The Greens still battle for legitimacy and have sold out for the middle ground more times than its worth counting. We need the oldies to come out as truly radical, then you’ll see the younger generation perk up. The barriers to socialist thought and credibility are as real as the grey hairs on our pollutes heads.

err, no, you were correct the first time – look at how they’ve corrupted the public discourse.
Why would anyone with half a brain, or any self respect, waste their lives slithering around the political gene puddle and national conferences?

Point of clarification – Councillor Sri is a member of the Brisbane City Council – not state parli.

Even the Greens have shown that party structures favour the encumbents who put the rules in place in the first place – conformists and factionally aligned players are generally what the established parties produce when it comes to any candidate, let alone a “young “ one….

Just look at our resident ‘ALP’ apparatchik – always ready with his crumpled cheat sheet, no matter how wearing the party line is on the toes.

I’m personally not a fan of his party but I would think that Senator Jordon Steele-John has far more to offer than AOC, he speaks from lived experience of disability and his comments are always bullshit free.

If you hadn’t mentioned Jordon Steele-John I would have. People thought he was just going to keep Scott Ludlam’s chair warm for him. Now they know Ludlam will need to come back, if he wants to, on his own merits replacing the quiet but effective Rachel Siewert. And the Libs talk about selecting on merit.