The new Michael Jackson reckoning ought to serve as a lesson against blind faith — and wilful blindness.

The Prince of the Church and the King of Pop are an odd couple — few would have expected George Pell and Michael Jackson to ever share screen space. Yet this week we are focused on both, for similar reasons.

In the case of Pell: the lifting of a suppression order on a December guilty verdict for child sexual assault charges, dating back to 1996. For Jackson: a devastating new documentary, Leaving Neverland, prompting a watershed MJ reckoning.

There are some striking parallels. Both stories centre around allegations from the ’90s involving two boys. The accused are both godlike figures — one a man of God and one a demi-god — who allegedly took advantage of those positions to perpetrate abuse (one documentary interviewee even described feeling “anointed” by the star).

There are, of course, key differences: one man has been found guilty, while the other can no longer be tried. But one common thread is especially illuminating: we believe what we want to believe.

When an allegation or verdict comes out about someone we think we know, we are predisposed to confirmation bias. As Me Too proved again and again, even the well-intentioned people make snap judgements based on gut feeling. We cling to whatever narrative supports our worldview, our friendships, our faith, our fandom. Until, of course, we can’t.

For 26 years, people engaged in mental gymnastics to discount the idea that Michael Jackson was a predator, including those now making the allegations. Despite the star’s string of highly visible prepubescent “travelling companions”, claims that Jackson abused Evan Chandler, then Gavin Arvizo, were dismissed as greedy attempts at extortion, or on the grounds that Jackson was too emotionally stunted to commit such crimes. Jackson was simply too important, too good, for his fans to believe such horrific things.

This is now changing, with Dan Reed’s two-part, four-hour documentary. Leaving Neverland, which premiered at Sundance and airs on Channel 10 this Friday, focuses on two former companions (and previous defenders) of Jackson, Wade Robson and James Safechuck, as they recount the markedly similar way Jackson allegedly manipulated, groomed, and abused them.

Watching the archival footage, absorbing the established facts — Jackson travelling hand-in-hand with his companions, a new favourite each year — it’s perplexing to think that the culture-at-large managed to so easily dismiss repeat allegations. Even the boys’ mothers, who let them into Jackson’s orbit, fell into that trap. “He just came across as a loving, caring, kind soul,” Joy Robson recounts. “So it was easy to believe that he was just that.”

But the documentary is a turning point, even — especially — for those who love Jackson. As Wesley Morris writes in The New York Times, enjoying Jackson has long involved “the suspension of disbelief” and “a lot of looking the other way.” Vox’s Alissa Wilkinson calls it a “devastating case” against MJ. “Everyone wishes there were no cause to listen to allegations against a cultural figure as beloved and important as Jackson.”

The Pell discourse, meanwhile, illustrates a similar tendency to confirmation bias –without the attendant soul-searching. In the wake of the verdict, conservatives from Andrew Bolt to Miranda Devine have engaged in the kind of aggressive denialism Leaving Neverland warns against, zeroing in on the details (or sartorial physics) that support their belief system. In tendering his 10 character references, Pell’s lawyer inadvertently summed it up: “These people love him; none of them believe he is capable of these offences.”

But the left, too, is keen to confirm its biases. Pell was convicted on the principle of “beyond reasonable doubt”; it’s beyond reasonable to accept this verdict (and hypocritical not to, if you’re a “rule of law” type). But the gleeful vindication from some corners seems guided not by certainty of what happened so much as by vindictiveness, by the disdain of which Pell is rightly deserving. Guy Rundle warns against accepting something as fact just because a court rules it — something Jackson’s 2005 trial underlines. Jackson’s acquittal didn’t necessarily make him innocent, just as a guilty verdict doesn’t axiomatically make Pell a predator. Nor would an appeal — likely to succeed — absolve him.

Few know exactly what was said in court, and the conviction with which people are defending or excoriating Pell is unjustified. For many, it’s a product of desire — to believe or disbelieve.

What we believe and why we believe it often comes down to who we like and what they give us — which for both Michael Jackson fans and George Pell stans is something holy. As a 2004 Chappelle’s Show sketch notes, Jackson gave us Thriller. It’s hard to imagine anything as good as Thriller, but I guess, to people like John Howard and Tony Abbott, Cardinal Pell provided something akin.

We are all susceptible to being guided by faith. 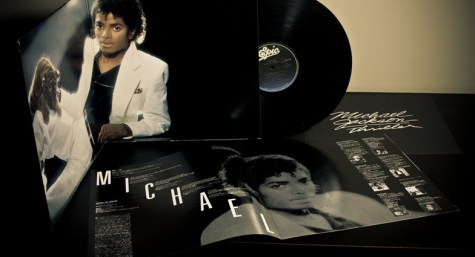 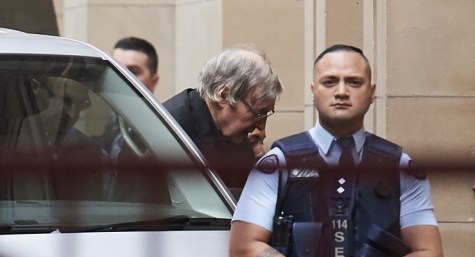 No miscarriage: Pell got what he deserved — a fair trial and the fullest of appeals

Surely if he has been found guilty, the presumption would be that an appeal is not likely to succeed? Not a lawyer, but surely as a general principle the court starts with the proposition that the initial verdict was correct?

What gets to me is the media’s trotting out of people who say the appeal IS likely to succeed, and others trotting out people who sagely declare it ISNT. I wish you’d behave responsibly and say ‘At this point, it’s very hard to say which way it may go, and we don’t have the deep knowledge and experience of the law to give a reliable opinion’. So I’d say frankly, to all commentators, please shut up. Our emotions are being played on here, on a matter of great importance. Secondly, the media are self-censoring in the one area where they should be speaking more plainly. What actually occurs in this sexual abuse is violent, physically forceful and painful. It shouldn’t be glossed over. Give warnings to readers if necessary but don’t baulk at telling the truth.

Michael Jackson isn’t alone. In a slightly earlier era Liberace had a few young ‘companions’ on his tours. Wonder what a 4-hour doco on him would have shown.

There was a good biopic based on Liberace, Behind the Candelabra. It didn’t show his “protegees” as under-age though.

Next on the outrage conveyor belt, Gandhi for his appalling behaviour sleeping with his nude nieces to prove … something…something.
And we won’t even need to get to his racism.

I see no comparison between the two. Jackson hosted (many) sleepovers with young boys.

Pell is accused of a single implausible event, probably not a real event but from the imagination of a scriptwriter.