‘GDP per capita recession’? Give us a break.

Yes, there was a "GDP per capita recession" in the second half of 2018. But no, we shouldn't be emphasising it.

So the new fashion in economic reporting is “GDP per capita recession”, which is everywhere in the wake of yesterday’s national accounts. Even conservative economist Judith Sloan is using it. In the December quarter, GDP per person fell by 0.1% in September and 0.2% in December. That is, the economy didn’t grow fast enough to match our increase in population. It’s the first time two consecutive quarters have recorded negative growth since 2006.

Well, we’re not joining in the pearl-clutching.

It’s important to remember that those figures for the September and December 2018 quarters will be revised over and over into the future. And that’s where the “GDP per capita” chorus might be caught out. Back in December 2016, everyone was warning about recession after September quarter GDP that year contracted by a surprise 0.5%. It was the “worst result since the depths of the 2008 crisis,” said the Financial Review. But two and a bit years on, things look very different. Yesterday’s national accounts show that that 2016 fall of 0.5% has been replaced by a reading of zero growth. Still bad, sure, but nowhere near the big fall first reported, and certainly not the worst result since the financial crisis.

Indeed, that AFR claim itself needs a caveat: there was a GDP fall of what was initially reported as 1.2% for the March 2011 quarter (remember Tropical Cyclone Yasi, the Brisbane floods etc). That has since been revised repeatedly downward to a fall of 0.3% — a very different result.

And how useful is GDP per capita as an indicator anyway? It’s one of those measures that sounds meaningful but unless you’re into international league tables, it doesn’t mean much at all. Despite the apparent individual focus, it certainly doesn’t tell you anything much about your household living standard — no one sends you a cheque each quarter saying “here’s your dividend from the GDP”. And it doesn’t tell you anything about how productive you are (there are other measures, like GDP per hour worked, for that) and it includes kids, retirees, the ill, tourists — a whole range of people not even in the workforce.

The reason it will resonate, though, is because so many people, especially if they work in the private sector, do feel like they’re going backwards, because their pay hasn’t risen ahead of inflation for several years. It’s even declined in some industries. But that’s the separate and important story of wage stagnation. It’d be great if the media and politicians focused more on that rather than distractions like GDP per capita. Worse, throwing around “recession” unnecessarily has negative impacts on consumers. Talking about a recession can help bring one on or perpetuate one — whether with the words “GDP per capita” ahead of it or not. 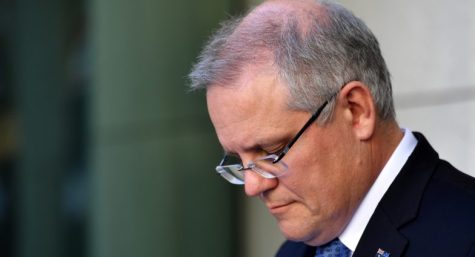 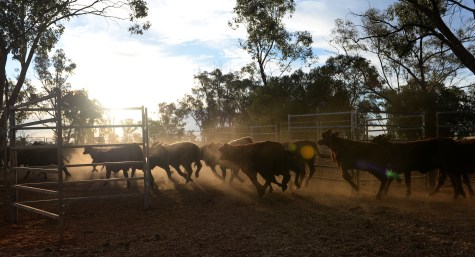 Poor Bernard. Too scared to admit that his beloved Librorts Party have well & truly tanked the economy-in spite of efforts by the senate to prevent the very worst elements of the 2014 budget from getting through. Face facts, Bernard, your beloved Cormmanator & Fraudenberg have lost their fake moniker of “best economic managers”, & will almost certainly be heading over to the Opposition Benches……at best.

Is there a sort of Theorem of the Second Best for news stories, though? That is, given that the Coalition puts out so much misinformation and so many lies about what it’s ‘achieving’ on various policy fronts (achieving Paris in a canter etc.) can it be the case that adding more distortions is actually welfare improving? I think so and I think if the Coalition gets a lashing over this GDPPC recession, well, so much the better.

“how useful is GDP per capita as an indicator anyway?”
About as useful as any other ill-considered, made up bs economic indicator (that’s most of them)?

As Galbraith once said, economics is extremely useful as a form of employment for economists.

Ah ! has any one explained to an economist what F….. -negative growth – means in 1 word.
I would say it is a – foxymoron

What was the point of this article? What makes GDP per capita any less a relevant statistic than any other of the numbers economists use? See Greg Jericho’s article in the Guardian for a not so crappy take. The point is the economy is in a parlous state. Neoliberal economists and their fellow travellers should own it. The rest of us just have to live with it until 1980s economic orthodoxy is overturned.

No, this does not describe the Australian situation: I agree that the most recent data are an indictment of the Coalition and its haphazard and scattershot economic policies. The simple point is, though, that Bernard is right that per capita income really is not necessarily, in general, a reliable measure of anything much that is useful.