Good morning, early birds. Bill Shorten will today pitch Labor's plan for economic reform to voters, and leaked reports reveal that "manning issues" mean Border Force is missing sea patrol targets by as much as 20%. It's the news you need to know, with Chris Woods.

Labor leader Bill Shorten will today outline the party’s economic pitch ahead of the May federal election.

Following Scott Morrison’s “envy versus enterprise” speech at the Australian Financial Review Business Summit yesterday, The AFR ($) reports that Shorten will accuse the Prime Minister of denigrating low-paid Australians and pledge to make the election a “referendum on wages”. Labor’s industrial policies thus far include restoring weekend penalty rates, cracking down on fraudulent labour hire, and reintroducing pattern bargaining. Much of Morrison’s criticisms were aimed at Labor’s plan to cancel stages of Coalition income tax cuts.

A leaked Defence briefing has revealed that Australian Border Force falls short of sea patrol targets by 20%, with navy and air force personnel reportedly forced to pick up the slack.

The Age reports that Home Affairs’ “manning issues” — which the government admitted to late last year after initially denying — have stopped Defence from signing agreements with ABF on patrolling responsibilities for the past two years. The news comes as Scott Morrison will today visit Christmas Island, where, according to The Australian ($), he will announce that 57 “dangerous” Nauru and Manus detainees will be placed in high-security detention if subject to medical evacuations.

A new report has found that water-saving infrastructure in the Murray-Darling Basin may return just one tenth of the water estimated by federal government modelling, as residents in Menindee brace for a possible fourth mass fish kill in the past three months.

According to The Sydney Morning Herald, a report published in the Australasian Journal of Water Resources has found that $3.5 billion worth of Murray-Darling infrastructure, such as concrete canals, may save 70 billion litres of water a year rather than the 700 billion estimated. The NSW Department of Primary Industries has also warned Menindee that an oncoming cold front after yet another heatwave poses a “high risk” of another fish kill.

Urine through the light sockets and black mould: The state of public housing 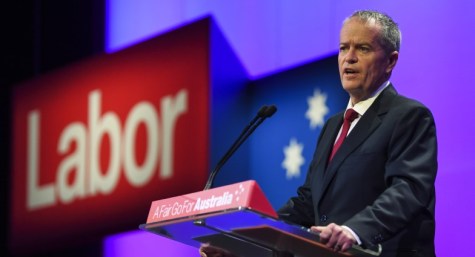 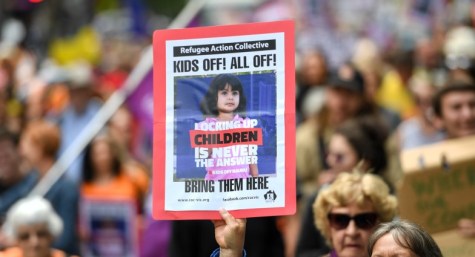