Endless cult film is no escape from the march of time

The Clock is as much contemplative object as an artwork, and it's strangely addictive.

Paul Newman is languishing in bed, his girlfriend noodling away on the piano. “D natural, honey,” he yells. A clock reads 11.17. Then we’re in an office boardroom; excited talking in Mandarin. It’s 11.18.

Then, at 11.20 by a clock on the wall, someone’s being threatened that their wife will die in five minutes in some unknown film noir. Then it’s 11.22 in a Swedish church in winter, in Bergman’s Winter Light. Seated on Ikea white couches, the audience barely stirs. People come in and out. I Want To Live comes back again.

This is The Clock, the film/montage art object by Christian Marclay, currently playing at ACMI Melbourne. It’s a 24-hour film, the idea of which is about as simple as it gets: a montage of film clips from the history of cinema, each scene having a clock in it, or someone saying what time it is, and the time expressed being exactly what the real time is at that point. The Clock thus runs from midnight to midnight, in a gallery rather than a cinema. The audience is on large white couches — as stipulated by the artist — which, if you’re solo or canoodle-optimised means your body just about disappears altogether.

Time runs on, like a river, like a train, like a forced march. There’s the languid drift of cinema without plot, save that it deprives you of the one thing that cinema usually offers: the chance to forget the present. In The Clock, you always, always, always know what time it is.

The Clock is addictive in the conventional way of clips films, from art cinema to Rage: you want to see what’s on next. It’s also a whip through the obsessions, specificities, architecture and hairdos of the 20th century at breakneck speed, like looking down an endless procession of side corridors coming off modernity. But beyond all that, it has the strangest effect on time itself.

The clock, after all, is the source of anxiety — time sliced up and ticking away relentlessly, ubiquitously, indifferent to us. But by having ticking time always present, The Clock seems to draw that away. You’re here, watching these scenes roll by, and usually you’d be anxious about doing this, about whether this was a waste of time, about what time it was. And here it is. Time. The urge to stay in there and not come out is very strong indeed.

That’s pretty striking in itself, the film playing night-in, night-out to no one — particularly me, as I misread ACMI’s instructions and turned up at 3am one morning to see its dark passages. The feeling of being locked outside while The Clock churned away, the Melbourne night silent and dark but for hi-vis crews monstering the road, was almost as intense an experience as seeing the film itself.

So is it any good? The object defeats the question. Some sequences have a pacey rhythm, suggest weird continuities, build dream narratives from disjunctive clips. Others have a perfunctory air, vamping till something interesting happens. The size of it has the dizzying expansion of a randomiser. There are six ways for one die to roll; 36 for two dice; 1296 for four dice.

Even with the constraints of screentime matching real time, there were millions of ways of putting The Clock together. It’s an abyss into which artistry falls. But that is not so important, since The Clock is as much contemplative object as artwork. After an hour or so — I have been five times so far, and it is now becoming a little addictive — you stagger out, and the world is a very strange place. For ten minutes it’s as if you’re in a film clip. Those pedestrians, those hurtling trams… they’re all being cued.

Then you see your first clock. It’s like the camera has swooped round to it. It stares into you, it knows you. It is God, it is the all-seeing, it is inside you and outside you at the same time. Most art draws you away from that. The Clock makes you confront it, before the tick tick tick in the background begins afresh…

The Clock is screening free at ACMI, 10am-5pm seven days a week, and 10am Thursday-5pm Friday. Until March 11.

Relive the Disney magic in person 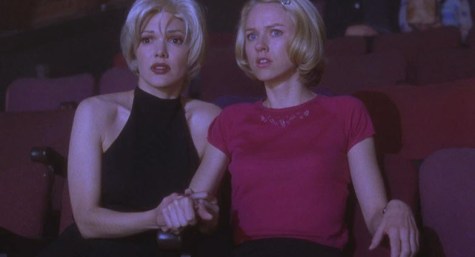 Crikey readers should know this:

To farewell The Clock, we’re screening it in its entire 24 hours for five consecutive days from 10am Thursday 7 March – 5pm Monday 11 March.

It feels surreal even reading about it. Thanks, Guy.

Can’t we jjust hit the fast forward button & skip the boring bits? After all a movie is really only a series of freeze frames & Einstein’s theory of ‘relative time’ has clearly been proven.

I love the idea of this, and the only two reviews I’ve read say how time flies, ahem, while watching it.

Sound like Warhol’s ‘Empire’ – a camera trained on the skyscraper for 24 hours.
The mental equivalent of Duchamp’s ‘Fountain’?