Julian Burnside was once a lawyer for CEOs and heiresses. Now, the refugee advocate is hoping to win a Liberal stronghold for the Greens.

Julian Burnside QC, the barrister whose passionate advocacy for refugees has made him a celebrity with progressives, has thrown his hat in the electoral ring, announcing plans to run as a Greens candidate against Treasurer Josh Frydenberg.

Breaking a long-held promise to not enter politics, Burnside is the latest in a wave of broadly progressive candidates hoping to wash away metropolitan Liberals, after independent Kerryn Phelps opened the floodgates in last year’s Wentworth byelection.

If he does succeed in winning one of the Liberals’ staunchest Victorian strongholds it would represent the culmination of Burnside’s decades-long leftward drift, from high-flying blue-blooded barrister to Greens MP.

Burnside’s early rise was positively gilded. A graduate of the elite Melbourne Grammar, he breezed through law school at Monash, was admitted to the bar three years later, and took silk in 1989. Burnside’s practice was built on the fruits of acting for the “big end of town” — he represented clients like Alan Bond, and Rose Porteous in her soap-opera legal battle with step-daughter Gina Rinehart.

Burnside’s politics were different then. In a 2014 Sydney Morning Herald profile, Burnside admits that he was “frightened” of Gough Whitlam and, until the 1990s, had always voted Liberal. It was an encounter with then-unionist Greg Combet, who would go on to be a Labor minister in the Rudd-Gillard governments, that may have been the catalyst for Burnside’s leftward shift. In 1998, the two met when Burnside, in an unusual step for him, represented the Maritime Union of Australia in a high-profile waterfront dispute with the Patrick Corporation. Speaking to the ABC in 2006, Burnside said his encounter with Combet — who he believed should be Australia’s next Labor prime minister — changed the way he saw the world.

“I no longer think that the privileged group to which I belonged or belong is born to rule or the only thing that matters,” Burnside said.

It was the Tampa affair, which poisoned Australia’s refugee debate for good, that began Burnside’s career as an asylum seeker activist. Burnside was retained to represent the 433 asylum seekers at the Federal Court, arguing they should be brought to Australia. Later that year, he represented six Iranian asylum seekers who escaped from the Woomera detention centre. 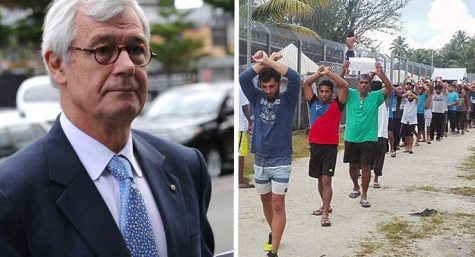 By 2002, Burnside was penning scorching op-eds laying the blame for Australia’s refugee policy on “deeply anti-Asian prejudice shared by Liberal and Labor governments alike”, and condemning John Howard’s appropriation of “the openly racist policies” of Pauline Hanson. Meanwhile, Burnside and his wife opened up spare rooms in their Hawthorn home to refugees.

Since then Burnside has railed against what he sees as the bipartisan cruelty of offshore processing and restrictions to civil liberties enacted in the aftermath of the War on Terror. Burnside’s clients now look very different from the big-moneyed types that fuelled his early career. In addition to refugee litigation, he has acted for thousands of customers seeking compensation from oil giant Esso after an explosion at the Longford gas plant in Victoria. In 2007, he represented Bruce Trevorrow, a member of the Stolen Generations, who brought a landmark lawsuit against the state of South Australia over his forced removal.

Burnside has repeatedly said he wouldn’t go into politics; he attempted to downplay any party links, even though in 2016 he was out campaigning for Greens candidate Jason Ball in Higgins (“a good bloke”, Burnside said), and last year he hosted a fundraiser for a Greens candidate hoping to unseat Peter Dutton. Burnside’s decision to run in May, he says, has come because he feels he’s been simply a critic for too long.

Despite — or perhaps because of — Burnside’s progressive bona fides, he faces a momentous challenge in Kooyong. While Frydenberg and the Liberals are increasingly unpopular after years of instability in Canberra, the seat has been held by the Liberals and their conservative antecedents since Federation.

Unlike high-profile independents like Kerryn Phelps, Burnside is running with the Greens — hardly the most popular party in one of Melbourne’s most affluent areas. And while Burnside has jumped on climate change as an area where he hopes to claw back votes from the Coalition, he isn’t the only one touting this message. Former Liberal member, and one-time CEO of the Clean Energy Finance Corporation, Oliver Yates is running as a Phelps-style independent with a strong focus on climate change. To make matters messier, a recent union-funded poll suggested the Coalition could lose Kooyong to Labor.

Still, in a close race, Burnside’s high profile could help him cut through. In less than 24 hours since announcing his candidacy, he’s raised over $36,000 in small donations. And with the electorate seemingly in the mood for change, no seat is truly safe.

Does Burnside stand a chance? Send us your thoughts to boss@crikey.com.au. 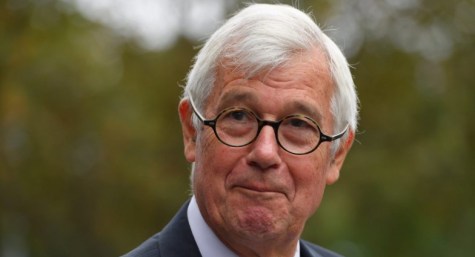 How Burnside can give Kooyong a run for its money 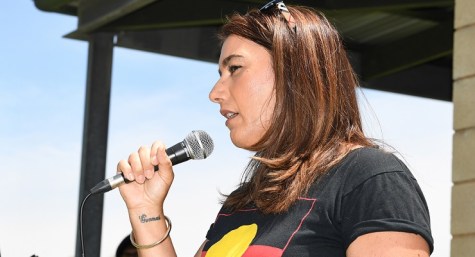 Kooyong and Higgins are difficult to predict.

Don’t look at the last Federal election results, those two seats are almost perfect Turnbull country and so they actually increased their margin despite the overall swing against the Libs. The performance in 2013 with Abbott as leader was subpar and Morrison shouldn’t play here much better than Abbott did. Obviously the state election – with Matthew Guy running a Morrison-style playbook- was a warning sign for the Libs here, but that was from a position where Labor had been in government for a term of good governance (Federal Labor don’t have that luxury yet) and voters were comfortable swinging from Lib to Labor.

The demographics are improving for progressives in this region as students crowd in and new apartments come online but I don’t think they are there quite yet (albeit there was some good internal polling for Labor and the Greens back when Abbott was at his nadir), which would mean a boilover against Frydenberg really needs Liberal voters to desert Frydenberg and reduce his primary vote, so to me Oliver Yates (if he runs a strong local campaign a la Kerryn Phelps) is a more likely boilover winner, but Burnside is highly respected and a local, so if anybody can convince Liberal voters to defect directly across to the Greens, it is him.

Julian Burnside is courageous, super smart and deeply caring. Can he win Kooyong? That would be the most exciting outcome. Time is not on our side in a number of areas and Julian is exactly what we need.