Good morning, early birds. Australia and Indonesia are today expected to sign a far-reaching and much delayed free trade deal, and Labor announces it will target "cronyism" amongst the government's diplomatic appointments. It's the news you need to know, with Chris Woods.

According to The Sydney Morning Herald, Birmingham has spruiked Australian farmers as immediate beneficiaries of the deal’s increased live cattle and agricultural quotas, as well as easier access for universities and healthcare providers in Indonesia. However, The Australian ($) reports that the ACTU and Australian Manufacturing Workers Union have slammed the deal for hurting local workers and exploiting foreign labour, while political opponents in Indonesia worry Australian companies could drive out local businesses.

The Sydney Morning Herald reports that, as speculation swirls around a resigning-Steve Ciobo’s decision to leave cabinet over the weekend, a Shorten government would review the postings of George Brandis, Joe Hockey, and David Bushby, who was appointed consul-general to Chicago within one hour of resigning from the Senate in January. The news follows Forsythe’s appointment on Saturday, as well as Hockey’s Helloworld controversy and Attorney-General Christian Porter’s dubious AAT appointments.

Two separate out-of-control bushfires continue to rage across Victoria’s south east after destroying several buildings over the weekend and cancelling attendance to 23 schools.

The ABC reports that more than 11,000 hectares have been destroyed after lightning sparked fires across the Bunyip State Park on Friday, while firefighters continue to battle a 1,500 hectare blaze at Yinnar South. As of 3am today, VicEmergency reports that neither fire is under control.

These aren’t Liberals, just left wing entryists who joined so they could ostentatiously resign. [The Manly Daily] was told this but still chose to peddle fake news.

The former prime minister addresses a report on Liberals defecting to Warringah opponent Zali Steggall. The Manly Daily, it must be said, sought his response multiple times ($),

“As susceptible as I can be to Paul Keating’s rhetorical powers, I nevertheless get a queasy feeling when he pops up — again and again, driving Australian progressives and political junkies into a frenzy. Given Keating was such a pioneer and champion of neoliberalism in Australia — effectively stripping power and money away from workers and poor Australians — it’s staggering, and certainly embarrassing, to see how progressives can carry on about him.”

In search of sponsors, Melbourne Press Club turns to the banks

“In the wake of their excoriation by the royal commission, Australia’s banks have plenty of work to do in restoring their reputations. So it’s no real surprise that they might be interested in positive sponsorship opportunities. One such opportunity is the Quill journalism awards from the Melbourne Press Club; an organisation whose president, Adele Ferguson, produced reporting that was instrumental in pushing for the royal commission.”

“Despite Parliament currently being in recess, the government found time this week to quietly remove the long-standing ban on MPs and senators using their office budgets to pay for TV and radio airtime. The changes are effective immediately, just in time for politicians to splash even more public cash on their re-election campaigns.”

‘Should be made public’: ABC rebuked for secret Michelle Guthrie settlement

‘They can’t eat and they starve’: call for solutions into recycling crisis

Governments failed to act on warnings of combustible cladding dangers ($)

Swings and roundabouts as not-so-secret men’s business raises more questions of leadership — Samantha Maiden (The New Daily): “It’s 10 years since readers opened the national broadsheet to the news that then deputy Liberal leader Julie Bishop was being targeted by a group of senior male MPs. The men, said to include Mathias Cormann and Christopher Pyne, wanted Joe Hockey as shadow Treasurer and they got their wish, with Ms Bishop relinquishing her role to the man who went on to achieve infamy with his 2014 budget.”

Why this Indonesian trade deal should not be understated ($) — Simon Birmingham (The Australian Financial Review): “Most predictions have Indonesia on track to be the world’s fifth-largest economy by 2030. With a population of 270 million people – an expanding middle-class, the world’s third-largest democracy and most populous Muslim nation – our agreement with Indonesia helps build economic prosperity for both our nations and the region.”

Every day I operate on injuries that politicians could prevent — Valerie Malka (Sydney Morning Herald): “The National Road Safety Strategy Inquiry last September made 12 recommendations that could substantially reduce the road toll. At a federal level these recommendations include appointing a cabinet minister with specific responsibility for the hidden epidemic of road trauma but a clear cross-portfolio mandate to tackle the problem. At a state level in NSW, they include switching on the point-to-point camera system.” 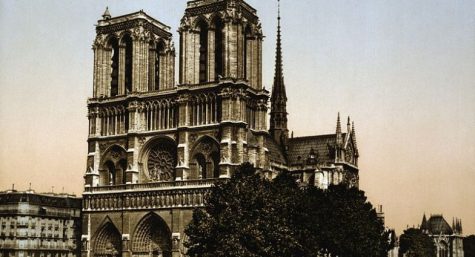 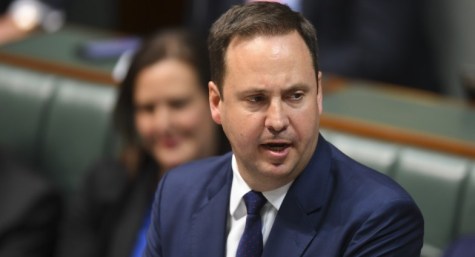