Australian media went into meltdown following the conviction of Cardinal George Pell. Crikey looks at the taxonomy of hot takes...

When the Victorian Supreme Court lifted its suppression order on Cardinal George Pell’s conviction yesterday, the Australian media was ready to go with news stories and features about last year’s trial.

The story — over which most of the country’s media outlets have been sent “show cause” letters by the Victorian Department of Public Prosecutions for attempts to cover it in December — has dominated front pages around the country today:

Among the pages and pages of coverage so far, there’s been plenty of room for commentators’ takes on the news (and some quibbling about who ‘broke’ the story first).

The lead-time on this story gave the commentators plenty of time to prepare their immediate takes, most of which were also measured. Moving accounts of how the trial and verdict played out, as well as reports of the media suppressions were published within hours of the order being lifted. One of the most-tweeted takes yesterday was David Marr’s piece for Guardian Australia about Pell’s hypocrisy in his teaching and actions.

It doesn’t get much more contrarian on this topic than News Corp columnists Andrew Bolt and Miranda Devine. Bolt’s column — which has the air of having been thoroughly checked by lawyers — claims Pell was falsely convicted — “in my opinion” — while Devine compares Pell to Lindy Chamberlain, saying he is a “sacrificial lamb”.

Vice Chancellor of Australian Catholic University Greg Craven has been more specific in who he blames for Pell’s conviction: it’s the ABC and Fairfax journalists’ fault for tarring Pell’s reputation before he went to trial. “This is not a story about whether a jury got it right or wrong, or about whether justice is seen to prevail,” he wrote. “It’s a story about whether a jury was ever given a fair chance to make a decision, and whether our justice system can be heard above a media mob.”

So once the suppression order around Pell’s trial — blatantly and “proudly” breached by international publications — was lifted, the takes quickly started on how futile the practice is. Richard Ackland wrote for Guardian Australia calling the suppression order in this case “nonsensical”, and Arthur Moses SC, president of the Law Council, told Radio National today there needed to be a national inquiry into the use of suppression orders in Australia.

Prepare for more outrage in coming days, in response to Devine, Bolt, and others. It’s already begun, as News Corp is already (fairly) being criticised online for pushing the opinions of people still defending Pell, now a convicted paedophile. 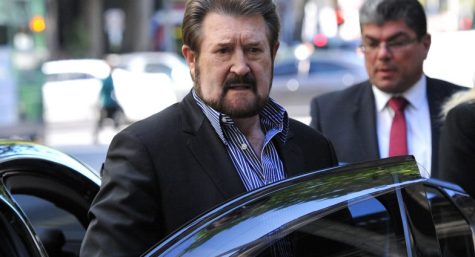 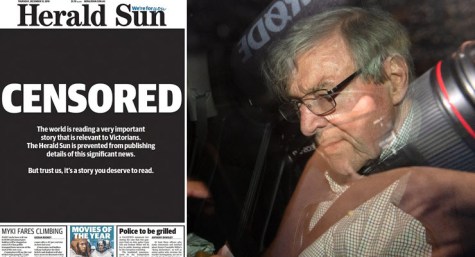 Surely “Cardinal Sin” was a Filipino? Will the Curry or Maul be correcting that?

KLEWSO: You are correct, Cardinal Jamie Sin was the quixotically named Cardinal of the Phillippines-way back when.

I am annoyed that it is giving Scummo a breather from being called to account for all of his folderol.

Would your name be Leander?

I am blowed if I know how the bolter and others can make their claims and keep a straight face given the victim gave evidence in camera & Pell exercised his right not to give evidence. Presumably Richter gave full vent to all of his theatrical fury and gave the victim a torrid time in cross examinination. One assumes the victim stood up to it all in the eyes of the jury.
Unless of course Bolt has had access to a transcript, he could not possibly have formed an objective opinion. Not that so doing is one of his strong suits.

Newsflash for Miranda Divine: Lindy Chamberlain had very few defenders compared to Pell. Nor were hers powerful Vatican heavies or ‘pillars’ of the Catholic church.

Another newsflash: it’s my distinct recall that Murdoch & Co was one of Chamberlain’s main decriers. As were most of the Oz media. Some of us have reliable memory.