Crikey readers reminded us about their passion for climate action yesterday by railing in force against Scott Morrison’s underwhelming (and misleading) climate claims — which Bernard Keane called a facile attempt at rehashing tired policy. Elsewhere, readers reckoned with the bombshell of George Pell being found guilty of historic child sexual abuse.

Roger Clifton writes: Denmark has only a quarter of our population, but its commitment to non-carbon generation makes it a moral leader on the world stage. We hide in a corner, hoping no one will notice our squalid rate of emissions. Instead, we could be seen to be taking a hit, and taking steps to survive it.

Erik Olbrei writes: It’s astonishing that Tony Abbott, Scomo and others have got away so long with the line that “we only emit 1.3% of global emissions so our emissions really don’t matter”, and that the media has swallowed it up for so long. Given that nearly 200 countries take part in the UN climate talks, our 1.3% makes us a major emitter. In fact we’re the 13th largest emitter in the world, ahead of the UK, France, Italy, Spain and 180 other countries. Don’t their emissions matter either?

Marcus Hicks writes: How do we expect China and India to reduce their per-capita emissions when ours remain so much higher than theirs?

Ian Hunt writes: The fundamental injustice of acting selfishly as a free-rider on the emission reduction efforts of others is something of which Morrison seems totally unaware and for which he should be thrown out of office in the federal election.

On the George Pell verdict

Lesley Graham writes: The vulnerable people, the stories of lost lives and painful experiences, will finally be able to come out of the shadows where they’ve been kept hidden for too long. Cardinal Pell will likely be put out to pasture with a generous stipend, away from the public. My greatest concern is around the re-traumatising of these vulnerable individuals who are wanting to move on with their lives. 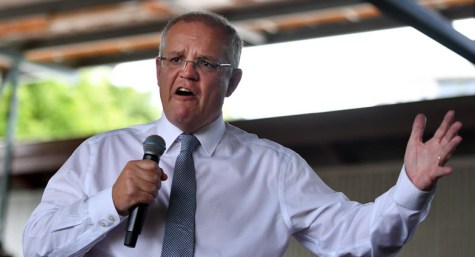 It is a sad day that our politicians are unable to think long term in terms of energy policy. Our children and grandchildren are the ones likely to suffer in the future.