Despite complaints, Mark Knight's controversial cartoon was not found to have breached press standards. And the verdict is not unusual.

The Australian Press Council’s adjudication published yesterday that the Herald Sun’s Serena Williams cartoon wasn’t racist has had many asking: if that doesn’t breach your standards, what does?

The cartoon by Mark Knight depicted Williams throwing a tantrum at the US Open last year, and was soon criticised around the world as echoing Jim Crow-era cartoons of African-Americans. But despite a near-uniform response (excluding News Corp) that the cartoon was offensive and racist, the Press Council ruled yesterday that it did not breach its standards.

It found that the cartoon was in the public interest, commenting on sportsmanship in a “significant dispute”, and that “significant latitude” can be given to cartoons in deciding whether they breach its standards:

The council considers that the cartoon uses exaggeration and absurdity to make its point but accepts the publisher’s claim that it does not depict Ms Williams as an ape, rather showing her as ‘spitting the dummy’, a non-racist caricature familiar to most Australian readers. Nonetheless, the council acknowledges that some readers found the cartoon offensive.

A spokeswoman told Crikey that she could not comment on specific cases, or on what a cartoon would need to look like in order to be found to be contributing materially to substantial offence, distress or prejudice. “The council considers complaints on a case by case basis,” she said in a statement. “As such we are not able to comment on what article or cartoon would be a breach of the council’s standards of practice in relation to race.”

The News Corp papers have taken to celebrating Knight as their latest victim of political correctness, in the same vein as the late Bill Leak, cartoonist for The Australian. The Herald Sun responded to the furore around the cartoon in a cover attacking censorship with the headline “Welcome to PC World”. Knight’s story also made the cover of an edition of Weekend Australian Magazine in January.

In 2016, a cartoon by Leak depicting an Indigenous father and son was the subject of more than 700 complaints to the Press Council, which decided not to adjudicate at all on the cartoon after The Australian published two opinion pieces about it. At the time, then-council chair David Weisbrot published a statement explaining the decision.

“Balancing all of these considerations, and after consulting with key complainants, the Press Council considers that the best outcome in the public interest is to promote free speech and the contest of ideas through the publication of two major op-ed pieces in The Australian, providing Indigenous perspectives on the cartoon and shedding light on the underlying issues,” Weisbrot said.

The Press Council had to go back to 2014 to find a cartoon concerning race that had been found in breach of its principles. A Glen le Lievre cartoon published in The Sydney Morning Herald, depicted a stereotypically Jewish man sitting in a chair with the Star of David on it and pointing a TV remote at an explosion in what was apparently Gaza. It sat alongside an opinion piece about the conflict in Gaza. The Press Council found that while there was a public interest in the story and cartoon, and the Israeli link to the story, there was undue emphasis on the Jewish faith:

A linkage with Israeli nationality might have been justifiable in the public interest, despite being likely to cause offence. But the same cannot be said of the implied linkage with the Jewish faith that arose from inclusion of the kippah and the Star of David.

In 2015, a cartoon (again by Leak) in The Australian that depicted destitute Indian people reacting to the UN Climate Change Conference was cleared, again, as a “an example of drawing on exaggeration and absurdity to make its point”. 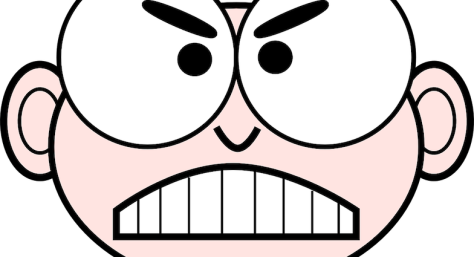 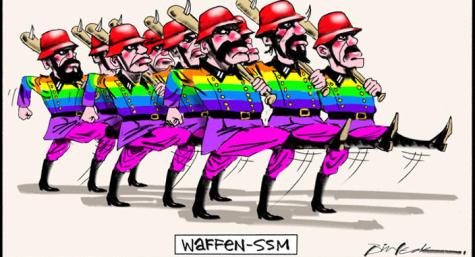 I bet there was not a single non white face in the room when this decision was made.

Knight’s cartoon was not racist. It was a caricature of an individual, and like all caricatures, overemphasised the individual’s personal characteristics.

Leak’s cartoon was racist. It was a stereotype of an unidentifiable person. As was Le Liebre’s cartoon – another stereotype. Both are racist as they are not caricatures.

People need to differentiate a caricature from a stereotype.

Sure it was racist. And is. And probably always will be. But it’s not a racist cartoon solely because of its depiction of Williams, but because of the whole scene, including the way he depicted Osaka – look at her in this cartoon. I don’t think you can just look at the depiction of Williams and say, oh that’s just a caricature of the individual, we can ignore the rest of the cartoon and interpret her depiction in isolation from all but Williams appalling behaviour. Knight blew up the racial characteristics of Williams and completely erased Osaka’s Haitian background. So it all looks nice and simple and racist yes, the bad black woman versus the good white woman. Cartoons exaggerate and caricature, but this doesn’t mean it’s not a racist use of these techniques when the exaggeration and caricature emphasises the race of one of the participants and erases the race of the other.

What was the Press Council’s ruling on the racism as depicted in “exaggerated caricature” cartoons of McEnroe when he was in the habit of throwing tantrums and using gamesmanship to derail opponent momentum?
Like Williams :- Stosur – 2011 US Open Final first game second set – down that first?
Clijsters?
That tantrum to get the roof of Rod Laver Arena closed “because it was too hot” in 2009 – but not before, when Dementieva, her next opponent, had to win through her game in that heat before Williams’ game? How pissed was Kuznetsova – when they were at 5-5 when Williams pulled that stunt? How buggered was Dementieva after playing the earlier game and had to meet Willliams next in the semi-final?
The “medical breaks” when she’s been behind in other games?

What’s been the ruling on other Knight cartoons ….. that racist depiction of black African gangs? That was submitted wasn’t it? If it wasn’t, why not?
For all I know Knight might be “The Supreme Green Wizard of the KKK of Oz” – but this cartoon was depicting William’s too often seen ugly side of her indulged m.o.
I’d much rather watch the women who play the sport as “sport”, and there are plenty of them.
How many other professional women tennis players carry on like she is prone as the situation takes her? …. Does Venus?
Little sister “Queen” Serena has a history of outbursts of unsportingly “pushing the envelope” – she reckons she “never cheated in her life”.
By all means put those of the media that deserve it, when they do, before the tribunal but do it for the right reasons.

To paraphrase Groucho Marx: “These are my standards. If you don’t like them, I have others.”

Even if the Press Council made the most damning condemnation of the cartoon it wouldn’t make the slightest bit of difference. The Press Council is a totally toothless body, run by the press, for the press.
If a complaint is upheld, the relevant paper has to report the finding, but doesn’t have to change the way it behaves in the future.

Agree rossco. Much ado and no can do.