Is our Ita the best choice for our ABC?

Readers were divided on the subject of veteran broadcaster and editor Ita Buttrose’s possible appointment to the ABC board. The idea was polarising for many, and it was clear that the result will not be a clean one. Elsewhere readers added some insight to Guy Rundle’s attempt to understand the cultural phenomenon of Jordan Peterson.

On Ita for the ABC

Deb Campbell writes: She has proved herself intelligent, innovative, brave and competent — all of which is more than we can say of recent ABC management. There is also evidence that she listens, crucial to the ABC, a large organisation and one so important to wider Australia.

Jenny Thomas writes: I reckon the job of internal strategic leadership is a function of the Guthrie replacement, not a job for the Chairman of the Board.

Laurie Forde writes: The only hope for the ABC is for the Morrison government to be banished to the backbenches for at least a decade to allow Labor time to restore the ethics of the ABC.

Judith O’Byrne writes: It’s so sad that I felt a sense of relief that someone as unqualified as Ita would be suggested for the position of ABC chair. This is because all I could do was feel gratified that some of the other putative recommendations had been sidelined — they of considerable destructive powers. Ita might be benign at best, but couldn’t a (now proudly dumb) country like Australia put forward someone of much greater intellectual rigour? One can imagine that with Ita at the helm no one will be offended, but then again, no one’s brain will be even mildly stimulated.

Monika Allen writes: Whilst the appointment of Ita Buttrose may be a result of political interference, I believe she would make a terrific chair.

Bianca Pace writes: Thanks but I would rather Mark Scott. Why can’t you get him back?

Gavin Moodie writes: I work at the same university as Peterson. Many of his followers believe that “liberal” (a little left of centre) orthodoxy is imposing a society which is not only disconcertingly different from the past, but is unfair because it reduces their advantages a little. So they feel alienated and aggrieved. Peterson reportedly is influencing Ontario’s premier, who is Trump lite without the obvious racism. So the government is imposing a “free speech” code on campuses and Ontario’s version of voluntary student unionism. 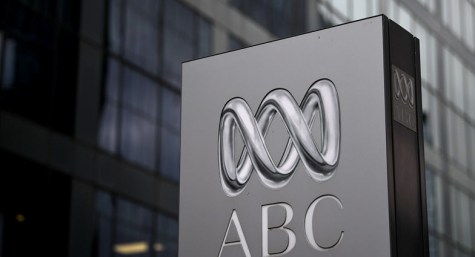 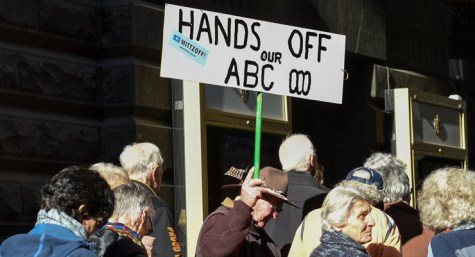 Someone on the Guardian offered some profound advice for ABC management:
If someone says it is raining outside, and someone else says it is not – it is not the ABC’s job to provide balanced coverage of both viewpoints, just to look out the bloody window..!!

We have seen Ita Buttrose work and it is alone. She works alone. That brings up the question if she is a team player? Can she be an equal among 12 people, very unlikely as the other 11 have to have equal time as the 12th person. Have we ever seen Ita not in the spotlight? Well, to be a team player she has to let others take the spotlight and leave them in the spotlight.