A recent preselection in the WA seat of Stirling has cost the Liberals an opportunity to persuade women in Perth that they should keep faith with the party.

Four women and one man walk into a Liberal Party preselection.

If that sounds like the set-up to a joke, the punchline as delivered by party delegates in Western Australia on Saturday was all too predictable.

In choosing Vince Connelly over four female contenders to succeed Michael Keenan in the Perth northern suburbs seat of Stirling, preselectors passed up an opportunity to balance a parliamentary line-up that currently consists of 63 men and 19 women.

As illustrated by the chart below, this is a situation that is not going to improve at the next election — nearly half the Liberal-held seats where women have been preselected are marginal, and gender parity is approached only in seats the party does not already hold, and thus stands little or no chance of winning. The least that can be said of the Stirling result is that it hasn’t made the situation any worse, since one man is replacing another. In contrast to the scenario that nearly played out in Victoria yesterday, when Katie Allen narrowly prevailed over Greg Hannan in the vote to choose Kelly O’Dwyer’s successor in Higgins.

However, the result went against the wishes of local luminaries including Michael Keenan and Mathias Cormann, who favoured the claim of Joanne Quinn, legal counsel for Edith Cowan University. The apparent rebellion against the leadership reflects a mood within conservatism both here and abroad that rejects the moderating electoral calculations of party elders in favour of the full-throated populism of the right-wing media. 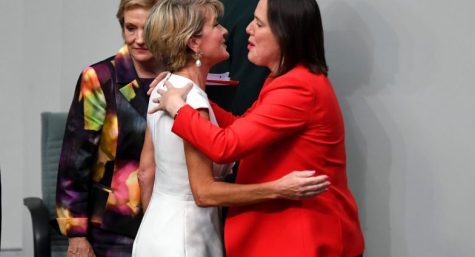 If they’re lucky, Liberal women might achieve equity in 2044

For the party’s political professionals, the immediate imperative was to address the electorally menacing perception of the party as a boys club incapable of treating half the voting population with due respect.

However, their pitch (tellingly) failed to gain traction with a rank-and-file that has little time for appeals to enemy concepts such as gender equality and social justice.

In fairness to Connelly, it should be acknowledged that he has a fair bit to recommend him as a Liberal candidate, holding a senior position with resources giant Woodside as a crisis manager — a role that can only stand him in good stead in politics.

But according to party sources cited by The Western Australia, the decisive point in his favour for preselectors was his army background, and the promise of using it to reinforce the party’s advantage on border control. If so, the outcome may well have been influenced by the near disappearance of Labor’s lead in last week’s Ipsos poll, and the resulting barrage of commentary to the effect that Labor’s weakness on border protection had cruelled its chances.

After consuming endless column inches in the nation’s newspapers and correspondingly voluminous screen time on Sky News, such assessments are now looking threadbare after last night’s Newspoll, which recorded no improvement in the Coalition’s position on a fortnight ago.

Whatever the motivation, the outcome in Stirling has cost the Liberals an opportunity to persuade women in Perth that they should keep faith with the party despite the snub it delivered to Julie Bishop, the outstanding Western Australian figure in federal politics for over a decade.

Bishop’s own vacancy will be filled at a ballot next month, and once again, party heavyweights are making known their determination that it should go to a “high quality” woman.

In this case especially, preselectors will ignore them at their party’s own peril.

This from just back on the 6th February… Obviously only being a GC isn’t tough enough on border control… Just what the Libs need, another Andrew Hastie!

It could be the delegates knew their leaders really didn’t mean it when they said they preferred a woman candidate.

What is it with the Coalition appointing another retired army guy, they seem to be stacking the party with them & that worries me.
Also the guy comes from the fossil fuel industry having worked for Woodside Petroleum, so yet another fossil fuel supporter.

No comment William on the tiny number of people who chose this guy – Insiders said it was 30 voters in this electorate preselection as against around 300 in Higgins. While the Victorian Liberals are hardly a model of anything decent at least there seems to be an attempt at letting the broader membership – stacked or not – have its say. Or is the case that there are actually only 30 Liberal members in this electorate??? If not, why are so few eligible to select the candidate? Please explain WA Liberal’s arcane ‘old white bloke-dominated’ rules.

Thanks Deb. Saved me the trouble of writing that.

Look at all the women candidates that Julie “I am not a feminist” Bishop fostered into Parliament…. Far to busy with her wardrobe and make-up for even one..

Suggested new names for the liberal party, which is not liberal:
1) the conservative or Tory party.
2) the old white gets and hangers on party.
3) the men’s party.
4) the merit party.
5) the spiv’s party.
6) the RWNJ’s anti-science party.
7) the God on our side party.