Readers weren’t ready to let the government off the hook for what was truly a horror week (when a Coalition comeback was expected). As many pointed out, there has to be a breaking point eventually. Elsewhere, readers discussed the already troubled plan to transfer off-shore patients to Christmas Island, and the relentless nostalgia of “yarns”.

David Nicholas writes: I know it’s good to be a worry wart and that an election isn’t over until it’s over, but but I’ve decided as I am sure many others have also. And I am going to vote to toss these bums out, as they say in America.

Lesley Barclay writes: I find what appears to be a diminishment of ethical standards in politicians and government extremely distressing and disappointing. Either that or a deplorable lack of competence and scrutiny over behaviours that should be recognised as questionable — e.g. not paying for holiday travel.

Murray Boyd writes: I have been an observer of politics from quite a young age, my dad was a party organiser for what was the original progressive liberal party in the ’60s/’70s. I’m now in my sixties and I have never seen a more incompetent, banal, shallow and self interested bunch of Coalition miscreants, ever.

On the Christmas Island plan

Richard Shortt writes: Scientists should study the island camps. They’ve become black holes on Earth. They suck in struggling people, good policy making, humanitarian ideals, good governance and money and nothing comes out… well, actually, that’s not quite correct. The money certainly disappears, but the other items can occasionally be spat back out, but for some it’s very occasionally.

Mel Campbell: I find it interesting that Varcoe identifies “yarn” as a millennial thing, because my first encounter with it was in an email from a newspaper editor. So I’ve always thought of it as part of the linguistic furniture of the old-school newsroom, where journalists would spend about half their workdays hanging about at the pub in clouds of tobacco smoke, literally yarning with colleagues and sources, then phone in their copy from the nearest phone box or toddle back to the newsroom to hammer it out on a manual typewriter. For me the old-fashionedness of the term ties in with nostalgia about a more lo-fi way that journalism was once practised. Now of course, journos are all hanging out on Twitter in the cloud, still yarning. 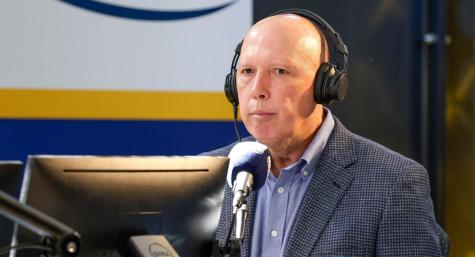