Readers were divided yesterday on Bernard Keane’s article about a Labor proposal to set a floor price for milk. Keane contended that it’s foolish to treat milk — and agriculture at large — as more than any other industry. Others weren’t so sure. Elsewhere, readers discussed the issue of wage stagnation.

Terry J Mills writes: Do you remember when the Howard government deregulated the milk market and then imposed an 11% litre consumer levy to bail out failing dairy farmers ? That levy lasted from 2000 to 2009. Ever since, the dairy industry has been at the mercy of the few remaining processors and the three major retailers and our farmers are going broke.

Alistair Watson writes: Perhaps the most galling aspect of the latest brouhaha over the Australian dairy industry is that substantial consumer-funded compensation paid to dairy farmers at the time of deregulation is forgotten. Even the greatest critics of so-called neoliberalism would have agreed that deregulation of the Australian dairy industry was long overdue. Since then, the high cost dairy industries of coastal New South Wales and Queensland have contracted as expected, although this has not stopped the bleating of remaining dairy farmers warehousing land in these attractive areas. As pointed out, fresh milk sold in supermarkets is a good deal for farmers compared with manufactured products sold on domestic and export markets.

Geoff Edwards writes: The concept of destructive competition is well-established in economics. Apart from the loss of productive capacity, let’s not forget the cruelty visited upon family businesses through the exercise of market power unpredictably by other players. Cruelty is commonly ignored in economics discourse but undermines the trust necessary to maintain an economic system, let alone a society. In agriculture, destructive competition plays out not only through collapse of individual business enterprises but in the deterioration of the natural capital asset, otherwise known as the environment. The environment is a buffer that absorbs under-investment up to a point, but not indefinitely. This is our land.

Annalise Lamp writes: I would like someone to take a good look at how reflective the CPI is of typical household living costs. It seems to hover around the 2% a year mark when most household costs soar well above that, including insurance premiums of any sort, but especially health insurance premiums, energy and power costs, petrol, pharmaceutical and medical costs, vehicle registration, and local council rates. None of these major household expenditure items register anywhere near as low as a 2% annual rise. Maybe its time to draw up a more representative basket of true household living costs than the one used. 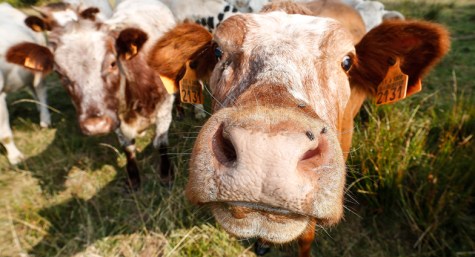 Kiwis farmers just got a milk price rise — so what’s our farmers’ beef? 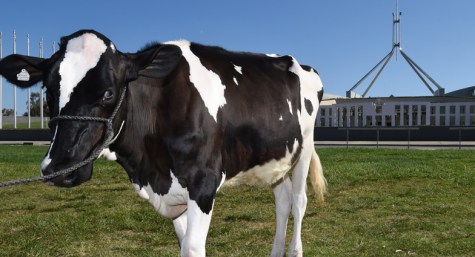 Protecting the dairy industry hurts the cream of the crop

Is there a difference for these poor animals and the Holocaust through all the concentration camps.

It appears Jewish Christ, Hitler and others didn’t do a very good job did they?

Leave these animals alone and become a Vegepatch as eventually Government, their Beaucraps and Pubic Servants will realize they won’t be able to breathe money or eat money.