Southern Cross Austereo has followed Seven West Media in slashing millions from the value of its TV operations.

The future viability of free-to-air and pay TV in this country continues to be questioned by key companies and investors. Results released today show Southern Cross Media has joined Kerry Stokes’ Seven Group Holdings in slashing the value of its TV interests.

Southern Cross lopped the book valuation of its regional TV operations (which are affiliated to Nine) by more than $200 million, all the way to zero. It is believed to be the first time a TV owner has said its network has no intangible value (there are still some physical assets such as broadcast facilities).

Southern Cross’ announcement in its interim results came hard on the heels of Kerry Stokes’ key company cutting the value of its 41% of Seven West Media by 35% (or $255 million). Southern Cross Media chopped the value of its regional TV business by $226.9 million. However Nine Entertainment hasn’t followed suit, despite a weakish performance by the Nine Network in the December half year.

With Ten’s collapse last year — and its accounts being buried in those of CBS and thus impossible to break down — the free-to-air TV business in this country would have a market value around $2 billion at most, with Nine holding by far the largest share of that value.

The Seven Group cut was driven by the sustained fall in the value of Seven West shares over the past year. Despite a mid-year recovery, Seven West shares turned lower through to the end of 2018 and have not recovered in 2019, ending at 53.5 cents yesterday.

Southern Cross said “the impairment was booked to the group’s regional television licences following the accounting separation of the group’s regional radio and television assets”. The accounts with Southern Cross’ interim financial results revealed that the entire $917 million of goodwill and other intangible assets is now being applied to its radio networks in metro and regional markets.

The separation of the assets will make it easier for Southern Cross to exit the regional TV business if it gets a realistic offer.

Meanwhile, Nine Entertainment said its free-to-air network saw a fall in revenue and profits in the first half of the financial year (as did Seven):

Nine Network reported a revenue decline from $637 millino to $564 million for the six months. One less week ($15 million) and absence of Foxtel simulcast revenues ($9 million) accounted for around one-third of this shortfall. In a more difficult FTA market (-5% for the half), Nine held or grew share in each month other than in November-December when the cricket-related comparables impacted. 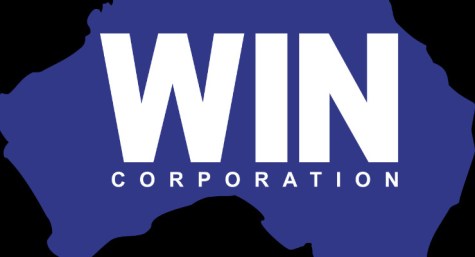 A reflection on the tripe available perhaps? I struggle to find an hour. I think reality TV is crap of course, and I would almost be happy to permanently put a few celebs out of their misery. I like something which tell me a thing or two. Not Michael Mosely SBS, or the endless re runs.
Garbage in garbage out.

I just watched Gogglebox and got an overview of contemporary main channel commercial tv. I didn’t realise how bad it’s got. But stuff I don’t like will often rate well so maybe there’s life in them yet.

Just a query on Southern Cross radio – perhaps Emily as Meeja correspondent could look into it – but HateRadio seems to have dropped Blot from the Poison Dwarf’s 4 nights per week show.
If this is permanent we will have lost the best comedy on radio – he’s having to make do with Rilly Panicky who seems to be a Pound Shop Planet Janet but without the wit, erudition and compassion.
Given that the Caterwauling Catamite has just had to apologise big time to Talcum for calling him a ‘traitor’ on his SKY After Dark Creature Feature prog and the recent multi million dollar fine, perhaps the Board has decided to try to rein HateRadio back a smidgin?