Either Michaelia Cash or the Australian Federal Police are lying. Which is it?

Someone has lied to the Senate's legal and constitutional affairs estimates committee this week: either the most senior police officers in the country, or Michaelia Cash.

Surely something has to give in the scandal of Michaelia Cash and the leaking of politically motivated raids on the AWU to the media. When Cash came out of hiding and finally appeared at Senate estimates last night, she in effect accused senior Australian Federal Police of misleading parliament in their evidence to the same committee on Monday.

The AFP’s evidence about the affair was fairly straightforward. One, the leaking was a serious issue. In his opening statement, AFP commissioner Andrew Colvin described it as “an issue of grave concern to me when AFP operational activity is inappropriately disclosed”. Two, the AFP asked Michaelia Cash and Michaelia Keenan — the two ministers whose staff leaked news of the raids to journalists — for witness statements. Three, they refused to provide them.

Deputy Commissioner Narelle Close: They sent the AFP a letter in relation to this inquiry.

Labor Senator Murray Watt: And would you say that that amounts to a witness statement?

Close: No. I would not classify it as a witness statement.

Later, Cash stated that the “letter” she sent the AFP merely pointed to the Hansard recording of a statement she’d already made on the matter. That is, she didn’t even respond to the AFP in substance. The AFP asked again for a witness statement:

Close: Yes, we wanted to have the opportunity to speak to them both and see if they could provide information to support our unauthorised disclosure investigation.

Watt: But they declined your request and just sent you a letter?

Close: They sent us a letter.

Watt: How many times did you ask each of Minister Keenan and Minister Cash to provide you with a statement?

The version from Cash is quite different. When committee chair and prize buffoon Ian Macdonald — in thankfully his last stint as chair because his own party dumped him down the Senate ticket — wasn’t trying to shield her from being asked anything, she said:

Cash went on to dismiss Close’s statement to the committee as “merely Ms Close’s evidence” and “again confirmed” that the AFP never approached her a second time (and repeated that line again later). Extraordinarily, Cash even claimed she hadn’t read the Hansard of the AFP’s evidence about her — which is like a politician claiming they don’t look at opinion polls, on steroids. 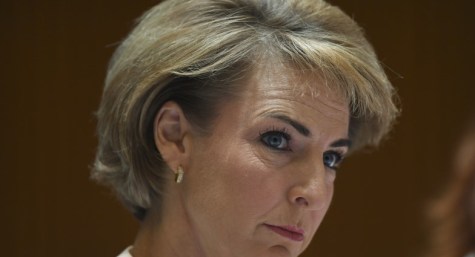 Cash also repeatedly insisted that she had “voluntarily” given a statement to the AFP. But Colvin, more than 24 hours earlier, appeared to have foreseen their distraction.

It’s unusual enough that a minister of the Crown is dismissing the evidence of a senior AFP officer and insisting that officer is, for whatever reason, misleading parliament. But it’s still more unusual that a minister of the Crown appeared to refuse to fully cooperate with police in a criminal investigation, attempting to brush their queries off with a reference to Hansard.

Make no mistake, this lowering of standards for ministerial conduct will be permanent. Once lowered, political standards don’t improve again. The slow abolition of the principle of ministerial responsibility began when Labor’s Bob Collins refused to resign after his department bungled the first pay-TV licence allocations in the Keating era.

These days, it’s unheard-of for ministers to accept any responsibility for what happens within their departments, and they can even mislead parliament without being forced out. There’s now a precedent for ministers of the Crown hampering police investigations into their own staff by refusing to provide witness statements. It doesn’t matter that Labor is railing against it now; if a Labor minister is in strife in years to come, they’ll point to Cash and say “you lot did it.”

Of course, the media reaction might be somewhat changed from the general indifference that has been the response to Cash’s extraordinary behaviour. 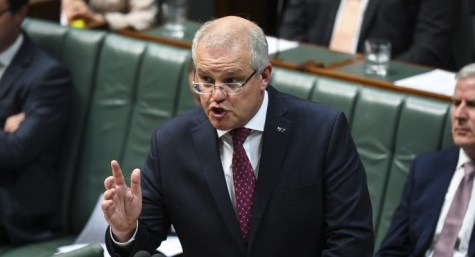 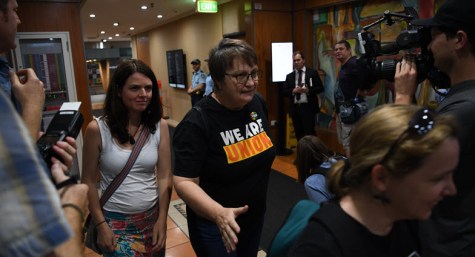 The members expect probity & rectitude from the Committee of the Upper Woop Woop Lawn Bowls club Bernard, but they no longer give a toss about what goes on in the Canberra bubble.
The more he speaks it the more true it becomes. “You mark my words.”

Here is the great irony. If a Unionist had done even a fraction of the things that Cash & her office are guilty of doing, then they’d be facing a lengthy prison sentence.

Who has more to lose if the truth be told?

Cash’s dismissal of Close’s comments reminded me of Amanda vanstone’s comments and dismissal of doctors’ opinions in The Age this week. Lack of respect for professionals when it doesn’t suit is modus operandus.

The senator in question is a pig…a pig with lipstick on…but still a pig!

With apologies to all decent members of the pig species!!

Couldn’t agree more. Quote from Rodriguez “A monkey in silk, but a monkey no less”.