You could be forgiven for thinking Australia is becoming more dangerous.

But many personal and property crimes are in significant decline.

The Australian Bureau of Statistics’ tenth annual Crime Victimisation Survey, released this week, shows rates of certain personal and household crimes in Australia were lower in 2017-18 than 2008-09.

Some of the declines have been quite large — there’s been a national decrease of 23% for physical assault, 33% for threatened assault, and 50% for robbery over the last decade.

The number of survey respondents who said they’d been the victim of physical assault in the previous 12 months dropped from 6.3% to 4.8%. For robberies it fell from 0.6% to 0.3%.

Sexual assault is the only crime included in the survey that has not fallen, having remained steady, with 0.3% of respondents saying they had been sexually assaulted in the previous 12 months. The survey also shows that while 50-60% of robberies and physical assaults were reported to police, only around 20% of sexual assaults were.

Alcohol and other substances continue to play a role in assaults, though this has decreased in recent years. The proportion of adults who believed alcohol or any other substance contributed to their most recent incident of physical assault has fallen from 64% to 55% since 2010, when data on that question was first collected. For face-to-face threatened assault, the proportion fell from 57% to 49%. Australians’ consumption of alcohol has been in long-term decline since the 1980s.

A similar proportion of men (2.4%) and women (2.5%) experienced physical assault. Men comprised a significant majority of perpetrators in both cases.

Physical assaults and threatened assaults have fallen for every state and territory over the past decade. The jurisdictions with the highest rates of physical assaults are Northern Territory (3.7%) and Queensland (3.1%). Sitting on 2% was the lowest, Victoria, where the Coalition opposition recently lost a state election campaign based on law and order.

Most types of property crimes have fallen when broken down by state and territory.

The ABS did not break down sexual assault numbers by state, however, as the number of respondents meant the figures would not be statistically robust.

This article was first published on The Mandarin. 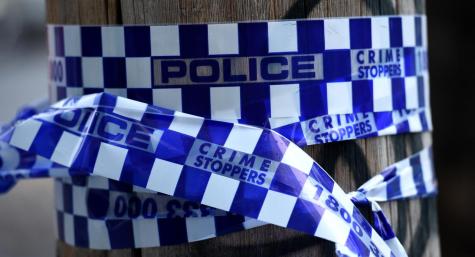 Big shout-out and congratulations to the hard-working, undervalued and much maligned women and men of law enforcement. Sorry you have to put up with all the political nonsense and fear-mongering, but fear gets votes, or it used to. Victoria proved voters can actually smell a dead rat.

Now, now Crikey this sort of story will get you nowhere. You will never make it to the giddy heights of the Australian if you persist in this unattractive truth telling.

But, thank you and I will definitely continue to subscribe.

But, but, will that bedraggled, raddled harridan, Laura Norder be abandoned?

Crims usually sell to those in the same social economic position as themselves and currently everyone of them is broke.