Australian politics had its weirdness-factor turned all the way up to 11 this past week when Pauline Hanson alleged under parliamentary privilege that a married, male senator — who has had multiple former staff launch unfair dismissal actions — was being investigated for sexual harassment.

The One Nation leader noted in her short parliamentary contribution on these issues that there were individuals who had been gagged by agreements signed as a part of settlement processes in order to secure compensation.

Within 24 hours, United Australia Party Senator Brian Burston stated that the One Nation leader must have been referring to him. Burston and Hanson’s chief of staff, James Ashby, later had a physical altercation outside the Minerals Council of Australia parliamentary dinner. Ashby had his Parliament House access privileges revoked, and Burston was forced to apologise for smearing blood from the scuffle on Hanson’s Senate office door.

It is important to note that Burston has denied all allegations of sexual harassment levelled against him, and further alleged that Hanson had sexually harassed him. The latter claims have been denied by the One Nation leader in a media blitz that included interviews with Seven News and Paul Murray Live.

But wait, what about those other staff who are caught up in all this? Well, there’s a reason you haven’t heard from them.

A pledge to not sledge

The Fair Work Commission provides employees with a space in which their concerns are able to be mediated or arbitrated. Success depends on the circumstances of the case and the willingness of the parties to compromise on the issue. The parties may agree to terms for a settlement and it is common for both parties to sign documents that contain mutual non-disparagement clauses. This is legal jargon that simply means neither side will reflect poorly on the other once the ink dries on the signature blocks.

Two prominent features of such clauses are:

Such clauses are important because they effectively enable the employee and the employer to move on. A question has arisen in the past week, however, that reflects on the nature of these agreements in the public sector.

It was reported in The Daily Telegraph that Queensland-based lawyer Sarah Lock is acting for some former Burston staffers that believe the senator may have breached his side of the bargain by referring to possible reasons for the dismissal of employees during an interview with Graham Richardson on Sky News. The claim of a breach of deed of settlement terms is yet to be tested in court.

Former political staffers in this situation have no practical recourse to the media to tell their side of the story. They can only seek legal advice and attempt to have the gag overturned. The media also has no real recourse to pursue answers. Last week, a letter alleging that Burston had offered “to fuck [a staff member] to make things better” circulated in the media. The media was unable to ask further questions of the author of the letter, because they would be gagged if a settlement had been reached with the Commonwealth.

The only thing the media was able to do was ask Burston questions about the letter’s contents. Burston flatly rejected the allegations put to him by journalists during the tumultuous week.

Of course, the political sphere is not the only place where you will see matters of confidentiality and non-disparagement arise. Banking royal commissioner Kenneth Hayne, for example, needed to remind the banking sector that there might be consequences if banks used lawfare to take action against customers that wished to give evidence, despite being subject to confidentiality provisions in a settlement.

“[Under] section 6M of the Royal Commissions Act, if a witness gives evidence or produces a document under a notice or summons, no injury can be done to that person. Suing the person would almost certainly fall within that prohibition,” Hayne said.

“In many cases where a dispute had been settled on confidential terms, the most immediate fact for the commission will be that the dispute was settled, not the particular terms on which it was settled, and the fact of the settlement of the dispute will not be within any confidentiality provision.”

Hayne also noted that the existence of confidentiality or non-disparagement clauses would not be a reasonable excuse to avoid producing information required by the commission. “It seems to me to follow that answering a notice or summons would not amount to a breach of any confidentiality or non-disparagement clause,” Hayne said.

Meanwhile, concerns raised by the lawyer representing former Burston staffers points to challenges that exist when one side is alleged to have breached obligations in an agreement that was meant to represent an opportunity for an employee to start afresh. As confidentiality and non-disparagement clauses are generally put in place to provide both parties an opportunity for this new start, even discussing them can be a problem. 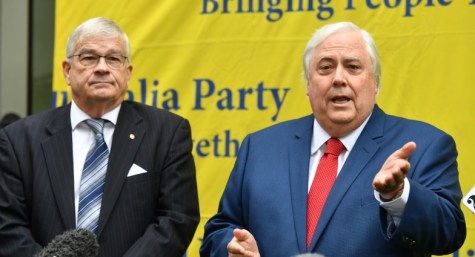 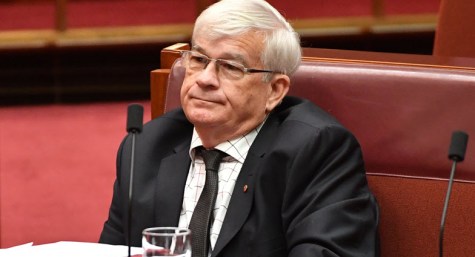 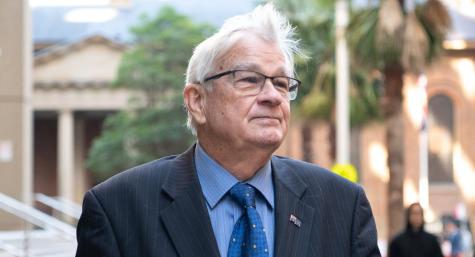 Confidentiality obligations are now so ubiquitous that it is a wonder anyone can discuss anything. There is a substantial industry out there in the keeping of banal secrets. But confidentiality is an anathema to humanity. Secrecy is not our default setting. Further, as Ken Hayne pointed out, all confidentiality agreements exempt from the contractual consequences of unauthorised disclosure and disclosure required by the law (eg by a royal commission) or by a court. There may be a place for authentic confidentiality, but it is a much smaller space than is covered by the blanket of confidentiality to obligations to which most of us are subject, for example your employment contract. And nobody ever seems to identify that such employment conditions are completely contrary to any kind of ability to participate meaningfully in democracy. Job, jobs, jobs, trumps fairness, equity and authentic democracy..

Yet another example of why Henry VI’s minor character, Dick the Butcher, should be revered.