The investigation into Australian Leisure and Hospitality (ALH) pokies venues returned yet more damaging details last week. On top of the fact that staff used customers’ personal information to encourage continued gambling, new whistleblower information alleges they also illegally gave free drinks to pokies players to keep them gambling longer, and were instructed on how to cover up the practice.

So will this scandal ripple back on ALH’s majority owners Woolworths, and undermine their supermarket brand and “fresh food people” promise? I doubt it. It hasn’t so far.

What does the average shopper actually know?

Woolworths is synonymous with supermarkets; they are worth 66% of the group’s revenue. The curly “W” adorns food barns around Australia, and even if you don’t shop there you likely know the slogan “fresh food people”. Beyond groceries, some may be aware Woolworths Group also owns Big W and liquor outlets BWS and Dan Murphy’s. However, its association with ALH Group — which places the company atop the heap as the #1 operator of electronic gambling machines in Australia — lives deeper in the shadows of the group’s holdings.

A spotlight on the relationship became more public with media coverage about the independent investigation into ALH operations in March 2018. However, it’s likely few people outside of politics and shareholder landscapes are paying attention or are unduly influenced by what they hear.

Woolworths Group owns 75% of the ALH Group’s pubs business, maintaining a distance from day-to-day operations. The Mathieson family hold the other 25% and controls the nearly 12,000 poker machines, which the Alliance for Gambling Reform estimates generate $1.5 billion in annual revenue.

Even in the face of the investigations, the Woolworths Group party line is one of “responsibility”. Their website states AHL is “an industry leader in the responsible service of alcohol and the responsible conduct of gaming. All ALH team members undertake training to ensure they are able to serve patrons responsibly.”

Woolworths Group noted in their 2018 end of year dividend announcement:

Apparently, there is more work to do for them to keep those promises.

In the 2018 Readers Digest “trusted brands” consumer survey, Woolworths landed at number three for supermarkets, trailing both Coles and Aldi. Woolworths Group Limited trumpets itself as “a business built on integrity”, so diving head-first into the gambling pool is a bit of a head-scratcher. Although it’s worth noting here that Wesfarmers, corporate parent to Coles supermarkets, also has a pokie portfolio with Spirit Hotels operating 3000 machines.

While a relationship to a brand — my sense that the organisation cares about what I care about — plays a part in supermarket choice, it is also strongly influenced by proximity and convenience. Is gambling and pokies an issue people are willing to inconvenience themselves over?

You may feel strongly about the problem of gambling and are horrified by the idea of a corporation preying on vulnerable people. Yet is your disquiet sufficient to propel you further down the road to Coles next time you’re running late and need a couple of things for dinner?

If I am one of the hundreds of people directly impacted by the pokie practices at Woolworths ALH hotels, then the answer is likely a resounding yes; I will get my “fresh food” elsewhere. For everyone else, I doubt it.

A brand is the result of the promises you keep. Break too many, and any organisation risks eroding that result. But people feeling outraged and translating it into concrete actions are two different things.

Michel Hogan is an independent brand counsel. She advises organisations on the risk to their purpose and values or making the wrong promises. 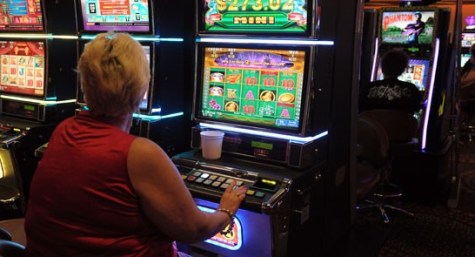 Why does Coles want to introduce a limit on its pokies? 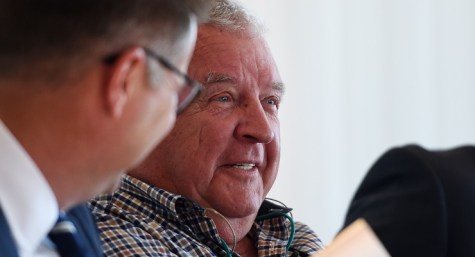 The ‘three imbeciles’ call a Woolies EGM to remove chairman

WTF is a ‘brand counsel’ and why was it necessary to invent?
“(Hogan) advises organisations on the risk to their purpose and values or making the wrong promises.”
Was that meant to be ‘OF’?
Commenters here have often pointed out B/S work/jobs/professions but this is a doozy!

When Woolworths is your only supermarket option, it’s a bit hard to boycott them. It’s not shoppers who should be reacting, it’s the shareholders, and fat chance of any ethics among that lot.