The government is rushing one banking royal commission recommendation through parliament. But is it intended to harm industry super funds?

There’d be no “feverish, rushed law-making” to implement Kenneth Hayne’s banking royal commission recommendations, and no additional parliamentary sittings before the election to allow passage of bills to give effect to them, the government declared last week.

Not even on dead-simple recommendations that could be done in a day, like restoring annual opt-in for adviser fees, or abolishing grandfathered commissions.

Except, turns out the government can rush through legislation implementing one of the recommendations. Yesterday it circulated amendments to the Treasury Laws Amendment (Improving Accountability and Member Outcomes in Superannuation Measures No. 1) Bill 2017, currently before the Senate, that significantly strengthen the rules around super funds offering incentives to employers to make them a default fund for their workers.

The changes mean that the current rules, which require a direct link between offering incentives — or threatening to withhold something of value — and membership of a fund, are replaced with a lower threshold of incentives that “could reasonably be expected to influence” choosing a fund or encouraging others to choose a fund. And they give effect to one of Hayne’s recommendations, which the government is quite upfront about in its Supplementary Explanatory Memorandum for the amendments.

According to The Australian Financial Review, however, the amendments are actually aimed at industry superannuation funds. “The Morrison government aims to ram through legislation to stop superannuation funds such as industry giant Hostplus from wining and dining corporate clients to win default fund mandates from employers,” it reported overnight.

So — does that mean that the one royal commission recommendation that the government is going to implement before the election is one aimed at hurting industry super funds?

Well, for once we’re going to give the government the benefit of the doubt. Despite the AFR’s traditional anti-industry fund spin, and the Coalition’s obsession with harming that sector, the amendments will have much greater impact on retail funds. They’re the ones that are, for the most part, locked out of the default system. One of the ways they try to get into it is by offering incentives to employers to make their (usually poorly performing) fund a default fund — normally bundled financial services that might combine banking, insurance, loans and discounts, all conditional on making one of the bank’s retail fund your default. That’s the very cross-selling that vertical integration is designed to enable.

How much of this goes on? Industry Super commissioned a survey of several hundred employers in 2016 that revealed 45% of employers had been offered incentives by banks to switch default super funds. The incentives ranged from fee discounts to free financial advice, discounted business loans, lower insurance premiums and even gifts to sporting events.

But of course Industry Super would say this — they’re the competitors of retail funds. They could be making it all up. What does ASIC say? In 2016, ASIC warned employers that they “should not choose a default fund on the basis of an inducement,” and urged them to contact ASIC if they were offered one. That followed “a review of some retail and industry super trustees to assess their compliance with s68A of the Superannuation Industry (Supervision) Act 1993″.

Section 68A is the one being replaced in the government’s amendments. ASIC hadn’t found any breaches of the current 68A — but as the government itself now says, that legislative bar is too high and needs to be lowered to bring in conduct aimed at influencing employers, whether by an industry fund like Hostplus, or retail funds that are locked out of the default market and want in.

It will be hard for ASIC — which can’t even prosecute blatant criminality when it finds it — to effectively police what goes on between bankers and their business clients behind closed doors. But the lowered threshold in the new 68A will make it tougher for banks to bribe their way into default status, no matter what default system the government — Coalition or Labor — ends up establishing in the wake of the Productivity Commission report on default funds.

So, for once let’s give the government some credit on pursuing a super reform not aimed at harming industry super — and promptly too. But it’s not clear why they can’t move equally fast on some other Hayne recommendations. 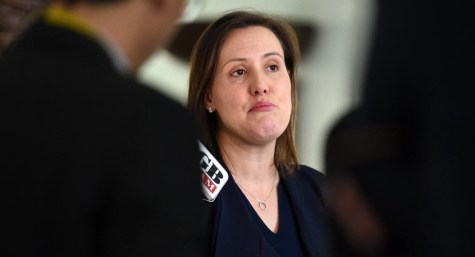 Canning advisor’s commissions would be super start to reform

Isn’t offering inducements to employers to use a product bribery?