For the first time in months, female panelists will dominate Q&A. They should have plenty to talk about too.

It has long been known that the Liberals struggle to give voice and power to women, but tonight’s Q&A in Melbourne will feature no less than two Liberal women: Sarah Henderson, federal member for Corangamite, and Megan Purcell, the unsuccessful federal candidate for Bendigo at the 2016 election.

I’ll be on the panel too, alongside Mark Dreyfus and Zoya Patel — producing a 50-50 gender split, including the host Tony Jones, who will be scaling back his Q&A duties in 2019 ahead of moving to China. There have been 15 programs since Q&A last had a majority of women on stage, back on September 10 last year when there were four women and three men during the high school series.

How the Liberal Party treats women is back in the news again this morning with front-page stories in both the AFR and The Australian detailing more sexual harassment complaints against former Liberal lord mayor Robert Doyle. It was a big weekend for the Victorian Liberals too, as new president Robert Clark chaired his first state assembly on Friday night and then the Young Liberals elected a new president during a three-hour AGM on Saturday afternoon.

Michael Kroger may have resigned as Victorian president but he has remained on the 19-strong administrative committee and was prominent in encouraging the 140 delegates attending at Scott’s Presbyterian Church in Collins Street (host of the 1978 funeral of Sir Robert Menzies) on the voting business of the meeting. Top of the agenda was electing a new treasurer after the incumbent, David Mond, spectacularly quit with a flurry of allegations about bullying and intimidation shortly after the Victorian state election wipe-out. 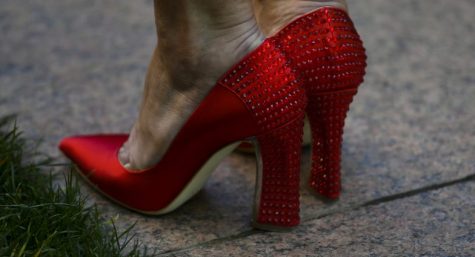 It was a shoot-out between two men. The Kroger forces nominated Minter Ellison lawyer John O’Connell for the key treasurer position, while the anti-Kroger forces put up local accountant Harvey Ellis. The Kroger forces tipped plenty of dirt on Harvey and he was defeated 78-61, leaving a Kroger-loyalist lawyer in charge of the finances, just weeks after $37 million landed in the Liberal bank account from the sale of its headquarters at 104 Exhibition Street.

Despite a relatively comfortable win in the important treasurer contest, the Kroger forces lost the other battle on admin to replace outgoing Country Vice-President Paul Mitchell, the man who quit in December after leaked emails showed he referred to Indian members as “curries”. The Kroger forces put up Kevin Andrews’ nephew, 32-year-old Camillus O’Kane, but he was defeated by Matthew Makin.

Camillus O’Kane and his then-partner Kelly Francis were famously rendered speechless after meeting Pope Francis at the World Congress of Families in 2015, but Kelly still managed to express the couple’s strong opposition to same-sex marriage.

The Kevin Andrews forces, strongly aligned with Tony Abbott, are strongly anti-abortion and if the Liberals continue to entertain such people, it’s hard to see the party improving its electoral prospects with women.

In what might be a sign of the waning influence of Kevin Andrews inside the Victorian Liberals, Makin prevailed 73-65 over Kevin’s nephew despite the pleas of Kroger and his acolytes. It probably didn’t help that O’Kane is currently the Sydney-based press secretary to NSW Planning Minister Anthony Roberts.

The vote for Young Liberal president was perhaps less encouraging. Conservative Nick LaManna secured victory by 183 votes to 85 against a more progressive female candidate Grace Middleton. Once again, the female candidate lost a contested Liberal ballot. LaManna’s Facebook page shows his conservative side, with photos of the young man with both John Howard and Tony Abbott.

The Young Liberals AGM on Saturday had security at the ready to attend to the large crowd so there was none of the pushing and shoving which marred the 2018 gathering, which Kroger had to hurriedly attend to try and restore order.

Whether there will be any order in the chaotic Victorian Liberal division over the next three months before the May election is another question altogether.

If more women were given a voice and some real power, things might be different in the party. I’m looking forward to asking Sarah Henderson, a lawyer and former host of 7.30 (then The 7.30 Report) in Victoria, why she isn’t a minister after six years in the federal parliament. After all, if you are good enough to go on Q&A, surely you should be good enough to be a minister.

The Liberals have 12 federal MPs from Victoria but the only women are Kelly O’Dwyer and Sarah Henderson. O’Dwyer is retiring from cabinet and Henderson is likely to lose her seat, leaving the Liberals with no women from Victoria.

What do you think the Liberal Party should do about its women problem? Write to boss@crikey.com.au.

Gloves are off in Victoria

Small field for a blue-ribbon seat

Your pieces are always informative, Stephen.

Re putting that question to Sarah Henderson: be mindful that only Tony asks the questions. No doubt he will remind you.

Re “I’m looking forward to asking Sarah Henderson, a lawyer and former host of 7.30 …”.

But Stephen, I thought you were going to be on the panel answering, not in the audiences asking. You know how it upsets Tony if panelists start quizing each other.

On The Infighters last week, Bazza Cassa informed us the Tasmanian Libs had only ever had one female MHR and one female Senator. Erica doesn’t count.

Well they had to have someone to put the kettle on!

Look forward to viewing. The Liberal’s women problem was laid bare on The Drum the other night with Greiner, Vanstone and a young lib Ms Meney trying to explain to a very cranky Vanessa Whittaker SC from Women Vote how not to fix the problem.

Crikey Vanessa sure was cranky wasn’t she?! You could tell she was just over hearing the same BS time and time again!

How many women of true stature have the Liberals produced?

The only reason that the Libs stick with merit argument is that it provides a half credible excuse not to select a woman. But even more incredible are the women who support the merit argument in the sure knowledge that no other sisters will be selected.