Dylan Howard, a former Seven and Geelong Advertiser journalist, has come to international attention in the wake of the National Enquirer's attempt to extort Amazon CEO Jeff Bezos.

At the centre of one of recent history’s greatest extortion attempts is Australian Dylan Howard, a former Geelong Advertiser and Seven News journalist. The now-executive at AMI Media, publisher of US tabloid The National Enquirer, Howard is the author of an already-infamous letter to Amazon boss Jeff Bezos which threatened to publish intimate text messages unless he renounced a finding that the Enquirer’s exposure of his extra-marital affair had been politically motivated.

In 2018, the Enquirer published the details of some text messages sent between Bezos, who also owns The Washington Post, and his now-partner Lauren Sanchez. Bezos funded an investigation into how they obtained the text messages, which, he said, had AMI “apoplectic”, particularly about what he called “the Saudi angle”.

AMI and its chair David Pecker have been closely associated with US President Donald Trump, and its “catch and kill” tactics on behalf of Trump were exposed last year. Trump promoted the Enquirer’s original Bezos story on Twitter. Both he and AMI have been linked to the Saudis, while the Washington Post has been campaigning strongly for justice for its columnist Jamal Khashoggi who was murdered in the Saudi embassy in Turkey last year.

In exposing the extortion, Bezos published on Medium the full email sent to him by Howard:

I am leaving the office for the night. I will be available on my cell — 917 XXX-XXXX.

However, in the interests of expediating this situation, and with The Washington Post poised to publish unsubstantiated rumors of The National Enquirer’s initial report, I wanted to describe to you the photos obtained during our newsgathering.

In addition to the “below the belt selfie — otherwise colloquially known as a ‘d*ck pick’” — The Enquirer obtained a further nine images. These include:

· Mr. Bezos face selfie at what appears to be a business meeting.

· Ms. Sanchez response — a photograph of her smoking a cigar in what appears to be a simulated oral sex scene.

· A shirtless Mr. Bezos holding his phone in his left hand — while wearing his wedding ring. He’s wearing either tight black cargo pants or shorts — and his semi-erect manhood is penetrating the zipper of said garment.

· A full-length body selfie of Mr. Bezos wearing just a pair of tight black boxer-briefs or trunks, with his phone in his left hand — while wearing his wedding ring.

· A naked selfie in a bathroom — while wearing his wedding ring. Mr. Bezos is wearing nothing but a white towel — and the top of his pubic region can be seen.

· Ms. Sanchez wearing a plunging red neckline dress revealing her cleavage and a glimpse of her nether region.

It would give no editor pleasure to send this email. I hope common sense can prevail — and quickly.

Dylan Howard started his career as a sports writer at the Geelong Advertiser in Victoria, where he continued to publish a weekly column after he moved to Seven News as a sports reporter. He was relatively unknown until 2007, when he reported on AFL players’ private medical records — “found” by a member of the public in the gutter and sold to Seven for $3000 — that revealed illegal drug use by the players. Howard named the club the players were with.

The story rattled media watchers, AFL watchers and players alike. It went to court, with the AFL after an injunction on the players and clubs involved, while Howard said the focus should have been on the story rather than how it made it to air. There was a rift between the AFL and Seven (its broadcast partner). The scandal came just a few months after he named a player who was suggested to have played while taking performance enhancing EPO. Even earlier in his time at Seven, Howard was on location in Ireland to nab a paid-for video of Brendan Fevola in a barfight.

Howard lost his 3AW commentary job over the scandal, and he was interviewed by police about the documents. In 2008, The Herald Sun reported Howard’s contract with the network was ended six weeks early, for which he messily tried to get a six-figure unfair dismissal payout. In 2009, the Hun followed up saying Seven had demanded he return his network-supplied wardrobe which included suits, cufflinks and ties.

After leaving Seven, Howard moved to the US and worked as an entertainment reporter, ending up at a website owned by AMI, where he worked his way up to senior editorial roles.

In 2017 his role in helping Harvey Weinstein discredit women who accused him of harassment was exposed in the coverage of the Me Too stories. Weinstein enlisted Howard to dig up dirt on any women who raised allegations, but Howard said he resisted Weinstein’s request for him to publish those stories in the Enquirer. 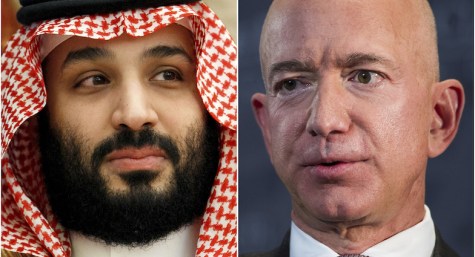 Bezos, the prince, and the tragically true plot to silence journalism 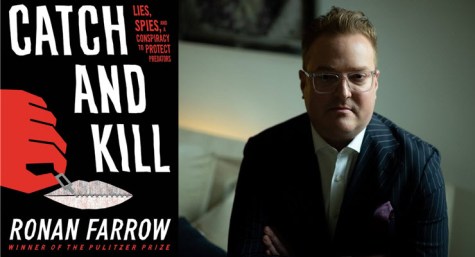 What’s a dot-com genius going to do with <em>The Washington Post</em>?

Both are sleaze.
Little wonder they are considered successful in the current business/ political / media climate in the US & Australia.
Scum floats to the top as well as cream.

Just a common or garden muckraker who popped his head up out of the sewer.

Ok, that exchange of texts are not what I would do to flirt, but clearly they were consentual. Ok, Mrs Bezos could use them in a settlement negotiation, but maybe she has her own collection.

Maybe this ‘exposure’ will help the tech folks understand why privacy is important and device users remember that all devices can be hacked.

But, The National Enquier deserves what it gets, eh? Sleaze and shock horror!

If your name is Pecker and you own the Enquirer, then Howard is exactly the kind of sleaze you hire. Every society has bottom feeders.